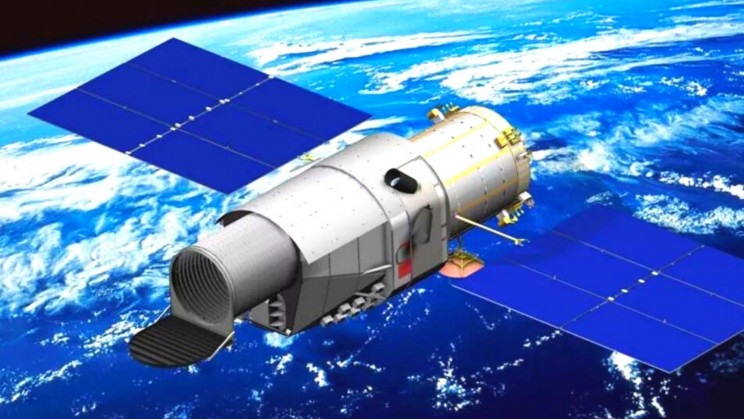 BEIJING, May 5 (Xinhua) – China’s flagship telescope, set to launch at the end of 2023, is intended to reveal new insights into faraway galaxies, mysterious dark matter, and dark energy, as well as the universe’s past and future evolution.

The CSST is a bus-sized facility with a three-story building length. In an exclusive interview with Xinhua, Liu Jifeng, deputy director of the National Astronomical Observatories of China (NAOC), noted that while the telescope’s aperture is two meters, it has a field of view 350 times greater than Hubble’s.

“The field of view is the area of the sky a telescope can see at one time,” said Li Ran, project scientist of the CSST Scientific Data Reduction System. Hubble’s field of view is approximately one percent of the size of a fingernail at an arm’s length, thereby the telescope, in its thirties, observed only a tiny fraction of the sky, Li added.

According to the researchers, the CSST has a three-mirror anastigmat design that enables it to attain exceptional image quality within a large field of vision.

It’s also a Cook-type off-axis telescope with no obstructions that, when correctly sampled, may reach superior precisions in photometry, location, and shape measurements.

“It has an advantage for survey observations since it can scan a large part of the universe fairly quickly.

Five pieces of equipment, including a Survey Camera, will be mounted on the CSST. According to the researchers, the camera’s main focal plane is equipped with 30 81-megapixel detectors that will capture images and spectra of around 17,500 square degrees of the median-to-high galactic and median-to-high ecliptic latitude sky in different bands.

The CSST’s other four instruments are designed to study individual objects or small fields, such as mapping star-forming regions of the Milky Way, obtaining instantaneous color of fast-changing objects like comets and spinning asteroids, studying the co-evolution of supermassive black holes and galaxies and star formation in the nearby part of the universe, and direct imaging of exoplanets in the visible.

CSST is likely to be the largest space telescope for astronomy in the near-ultraviolet and visible in the decade before 2035, Zhan said.

Li used the analogy of photographing a sheep flock to explain CSST’s capabilities. “Hubble may see a sheep but the CSST sees thousands, all at the same resolution,” he said.

During typical observations, the telescope will travel in the same orbit as China’s space station, but at a significant distance apart. China plans to complete the building of its space station in orbit by 2022.

The CSST can dock with the space station as needed for refueling and servicing, making its upkeep less expensive than Hubble’s.

The CSST is scheduled to begin scientific operations in 2024 and has a 10-year mission lifespan that could be extended in theory.

The CSST will photograph 40% of the sky and relay vast data to Earth for examination by scientists all over the world, according to Li. Its major goal is to answer the universe’s most fundamental problems.

It will measure the positions, shapes, and brightness of nearly one billion galaxies, which could help explain how they evolve.

“We have known that our universe is expanding with an acceleration and we can calculate its current expansion rate, but it’s still unknown what causes the acceleration,” said Li. “CSST observations may offer answers and unveil new physics.”

The telescope will also aid in determining the upper limit of neutrino mass and provide light on the enigmatic dark matter and dark energy. They’re thought to make up the vast majority of the universe’s mass-energy content.

Drawing a galactic dust map of the Milky Way, monitoring how super-massive black holes gobble up surrounding elements, researching exoplanets, and identifying new unusual celestial bodies are just a few of the fascinating investigations that the flexible telescope may perform.

“The orbital period of Uranus is more than 80 years. Hubble has made observation for many years. The CSST could continue the work to examine how Uranus moves in one complete period,”

“The telescope can bring China’s research in optical astronomy to the forefront of the world and help cultivate world-class Chinese scientists,” Li added. “It can also take breathtaking visible pictures, allowing the public to directly feel and understand the universe.”

The Universe Will Double In Size in 10 Billion Years As Per Hubble’s 30 Year Data.