Delivery Drone That Made The First Delivery Is Going To Be Displayed At The Smithsonian National Air and Space Museum. 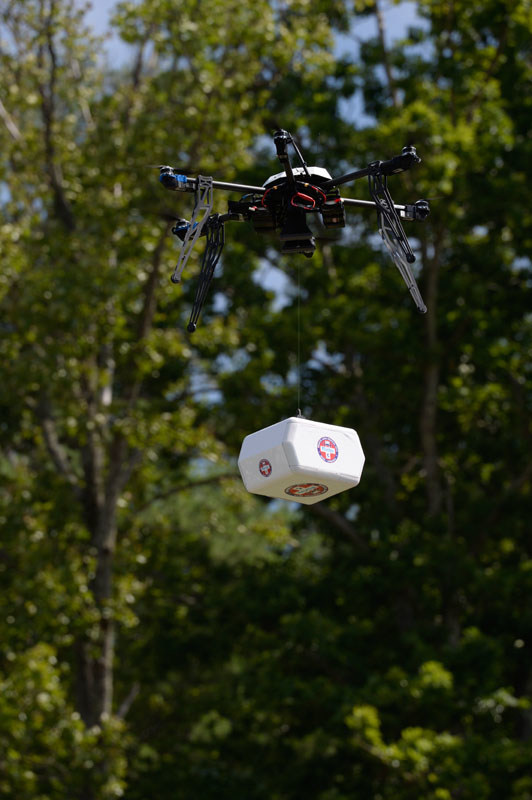 The delivery drone that made this first delivery will be going on display in the “Thomas W. Haas We All Fly” exhibition at the Smithsonian’s National Air and Space Museum in 2022.

RENO, Nev., July 17, 2022 – SkyDrop is celebrating the seventh anniversary of the July 17, 2015 ‘Kitty Hawk Moment’ of the first drone delivery on US soil, which was conducted by SkyDrop (formerly Flirtey).

The Smithsonian’s Air & Space Magazine recorded of this historic milestone, “it had the FAA’s blessing to fly. And that made it the first official drone package delivery in this country”.

The delivery drone that made this first delivery will be going on display in the “Thomas W. Haas We All Fly” exhibition at the Smithsonian’s National Air and Space Museum in 2022. The museum also displays the 1903 Wright Flyer that made the first official flight of a powered heavier-than-air flying machine

“On this site in Wise County, Flirtey Inc. successfully conducted the first Federal Aviation Administration-approved drone delivery in American aviation history on July 17, 2015. The drone took to the air from Lonesome Pine Airport and delivered medicine to the Remote Area Medical Clinic at the Virginia-Kentucky District Fairgrounds near Wise. This drone delivery represented the “Kitty Hawk moment” for the unmanned aerial vehicle industry. In recognition of this historic aviation milestone, the Flirtey Inc. aircraft landed a spot at the Smithsonian National Air and Space Museum.”

SkyDrop recently announced that it continues to expand drone delivery into the restaurant and retail industries.

SkyDrop (formerly Flirtey) is a full-stack solutions provider of hardware and software for autonomous last-mile drone delivery and owns extensive patents. SkyDrop is the pioneer of the commercial drone delivery industry, with a mission to make delivery instant for everyone, and a vision of drone delivery that is safer, speedier, quieter, cheaper, and greener. The company first made history in 2015 when it conducted the first-ever FAA-approved drone delivery in the US.