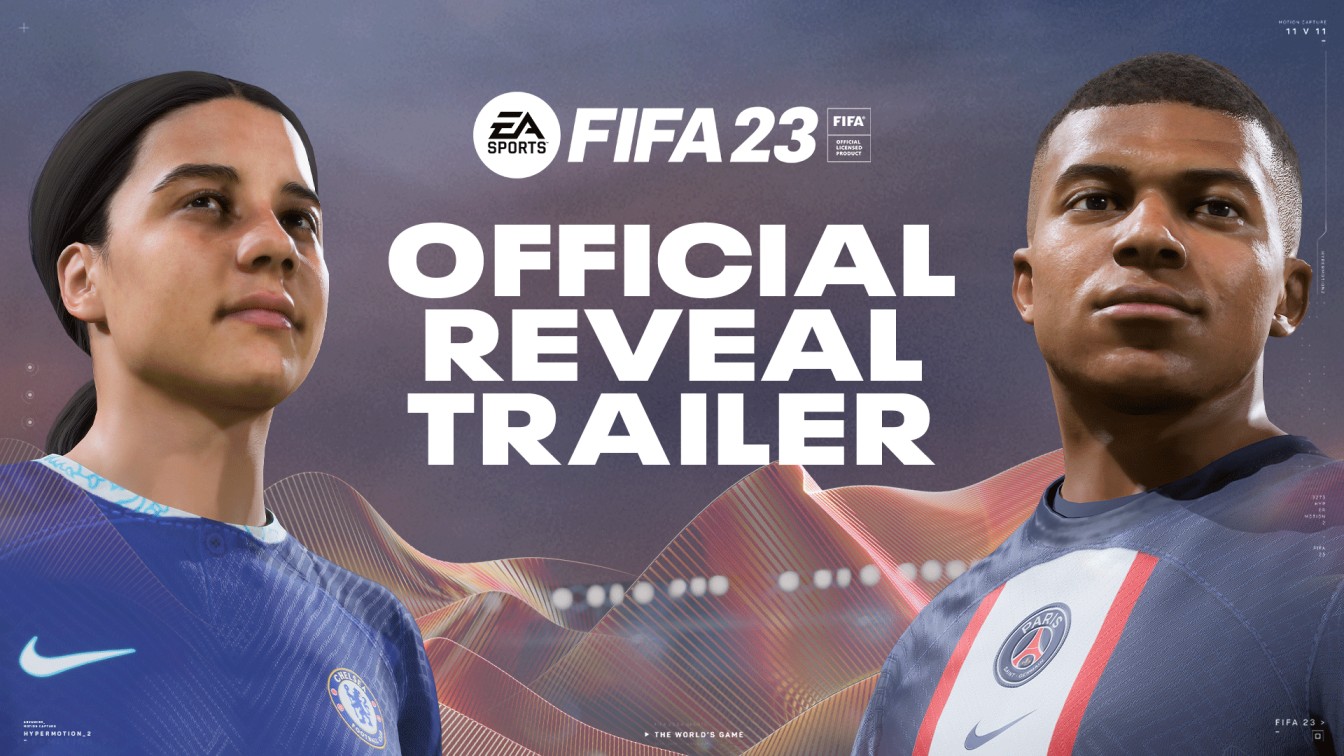 REDWOOD SHORES, Calif, July 20, 2022 – Electronic Arts Inc. (NASDAQ: EA) today revealed EA SPORTS™ FIFA 23 and the next evolution of HyperMotion2 technology, setting a new standard in realistic and immersive gameplay on the pitch. FIFA 23 will feature women’s club teams for the first time with the inclusion of the Barclays Women’s Super League and Division 1 Arkema at launch, extending its position as the world’s most authentic football experience. Players will also be able to experience the pinnacle of both men’s and women’s international football in FIFA 23 with the men’s FIFA World Cup Qatar 2022™ and FIFA Women’s World Cup Australia and New Zealand 2023™ as post-launch updates at no additional cost. Cross-play features will also connect and engage football fans like never before, and will be available across multiple online game modes in FIFA 23.

The advancements to FIFA 23’s HyperMotion2 technology and physics system have unlocked an array of new features making the gameplay experience feel more immersive than ever. Team and player movement across the pitch is more responsive, smart and authentic, whether jockeying against a defender or claiming an aerial ball against an attacker as a keeper. Players can also look forward to a new intelligent dribbling system, a more natural and fluid transition to shooting, all-new acceleration mechanics, enhanced player awareness and much more. With the debut of women’s club teams, all-new animations informed by the movement of real-life female players have been added to FIFA 23.

“We have pushed the boundaries of realism in EA SPORTS FIFA 23 through HyperMotion2, using state-of-the-art technology to capture professional men’s and women’s teams in full intensity matches that translates millions of data points into new animations in real-time,” said Nick Wlodyka, SVP & GM, EA SPORTS FC. “The result is the most natural and realistic motion in football gaming, and when combined with the inclusion of both men’s and women’s World Cups, women’s club football, and cross-play features, will immerse players and football fans around the world for years to come.”

The most true-to-life experience of The World’s Game, FIFA 23 now features women’s club teams with Barclays Women’s Super League and Division 1 Arkema joining the biggest stars and teams, including 19,000+ players across 700+ teams in over 100 stadiums and over 30 leagues. FIFA 23 is the only place you can play the iconic UEFA Champions League, UEFA Europa League, UEFA Europa Conference League, CONMEBOL Libertadores, CONMEBOL Sudamericana, Premier League, Bundesliga, and LaLiga Santander in the same game.

“I’m delighted that the Barclays Women’s Super League will be one of the first women’s club competitions to feature in EA SPORTS FIFA 23, with the franchise historically having one of the largest and most engaged gaming communities in the world,” said Navin Singh, The FA’s Commercial Director. “The added visibility a global brand like EA SPORTS will provide for our league, teams and players cannot be underestimated. This very much supports our ambition to accelerate the growth of the women’s game in England, and highlights our commitment to open up the Barclays Women’s Super League, and make it even more accessible, to new audiences around the globe.”

“This partnership between D1 Arkema and EA SPORTS is excellent news for the league, the clubs, the players, but also for the fans who, starting this year, will be able to discover their favorite players and participate in exclusive activations,” said François Vasseur, Marketing Director of the French Football Federation. “It represents a huge step for D1 Arkema as a leading league with a worldwide following.”

EA SPORTS FIFA 23 features a variety of mode advancements and innovations across Career Mode, Pro Clubs, VOLTA FOOTBALL, FIFA 23 Ultimate Team™ and more. The new Training Center coaching system will also give new and less experienced players the ability to easily learn the fundamentals of gameplay and hone their skills before jumping into a match.

For the very first time, fans will also have the opportunity to play both the men’s and women’s FIFA World Cups in the same game, with the FIFA World Cup Qatar 2022™ and FIFA Women’s World Cup Australia and New Zealand 2023™ with more details to come at a later date.

FIFA 23 is developed by EA Vancouver and EA Romania and will be available worldwide on PlayStation 5, Xbox Series X|S, PC, Stadia, PS4, and Xbox One on September 30. Early access for FIFA 23 Ultimate Edition begins on September 27, 2022.