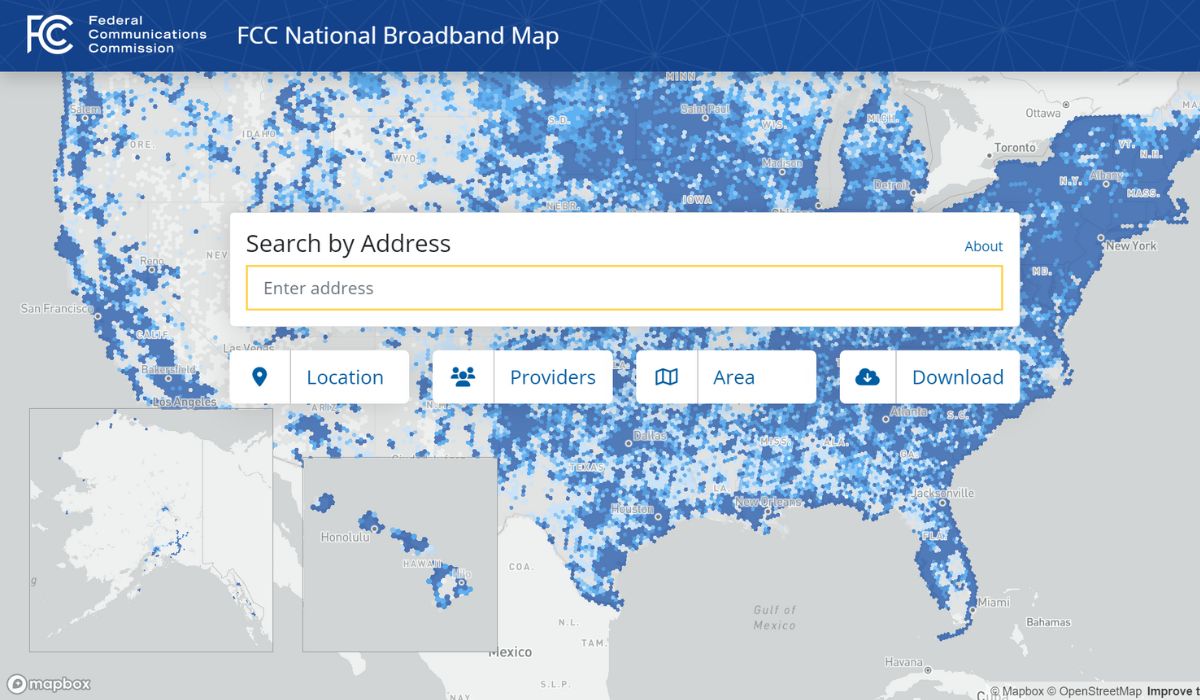 A First Step Toward Building Comprehensive, Standardized Maps of Broadband Availability Throughout the U.S

WASHINGTON, DC, November 18, 2022 – The Federal Communications Commission today released a pre-production draft of its new National Broadband Map. The map will display specific location-level information about broadband services available throughout the country – a significant step forward from the census block level data previously collected. This release of the draft map kicks off the public challenge processes that will play a critical role in improving the accuracy of the map. An accurate map is an important resource for targeting funding and other efforts to bring broadband to unserved and underserved communities.

“Today is an important milestone in our effort to help everyone, everywhere get specific information about what broadband options are available for their homes, and pinpointing places in the country where communities do not have the service they need,” said Chairwoman Rosenworcel. “Our pre-production draft maps are a first step in a long-term effort to continuously improve our data as consumers, providers and others share information with us. By painting a more accurate picture of where broadband is and is not, local, state, and federal partners can better work together to ensure no one is left on the wrong side of the digital divide.”

The public will be able to view the maps at broadbandmap.fcc.gov and search for their address to see information about the fixed and mobile services that internet providers report are available there. If the fixed internet services shown are not available at the user’s location, they may file a challenge with the FCC directly through the map interface to correct the information. Map users will also be able correct information about their location and add their location to the map if it is missing. The draft map will also allow users to view the mobile wireless coverage reported by cellular service providers.

The FCC today also announced the launch of an updated version of the FCC Speed Test App that will enable users to quickly compare the performance and coverage of their mobile networks to that reported by their provider. The app allows users to submit their mobile speed test data in support of a challenge to a wireless service provider’s claimed coverage. New users can download the FCC Speed Test App in both the Apple App Store and Google Play Store. Existing app users should update the app to gain these new features.

A video tutorial and more information on how to submit challenges is available below: