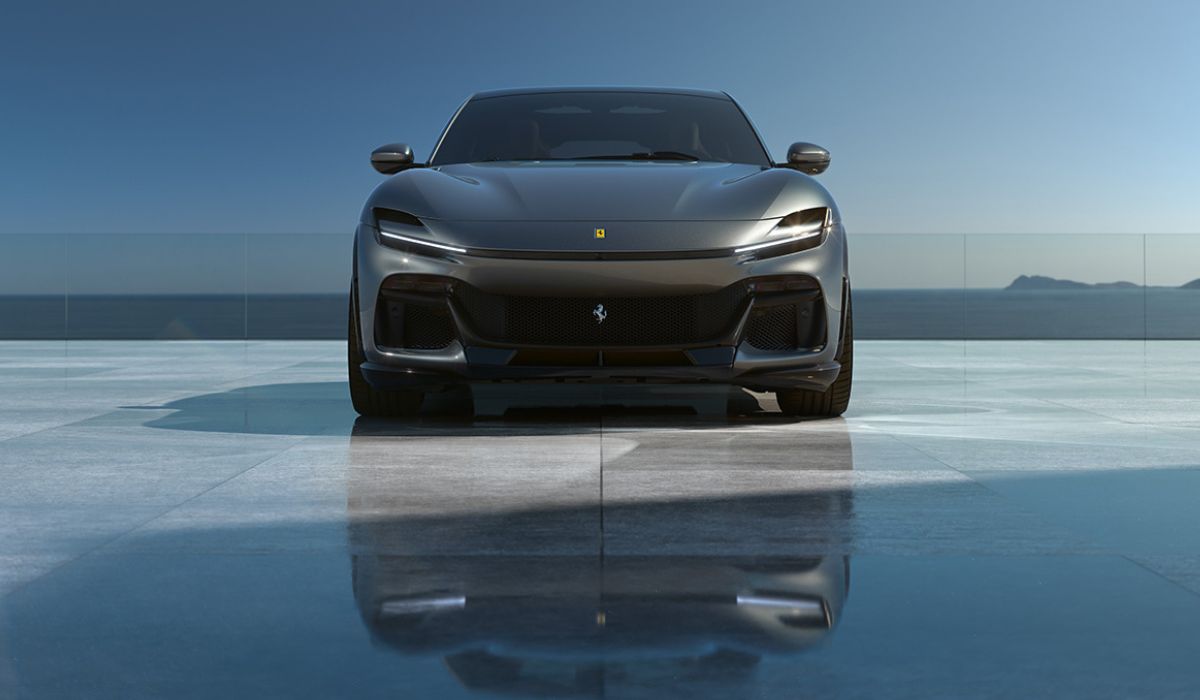 Ferrari launches a four door, four-seater car PUROSANGUE for the first time in its 75-year history.

Amid massive anticipation Ferrari has launched the mighty Purosangue, a car that promises to change the landscape of performance vehicles across the globe. Powered by a V12 naturally aspirated engine, the hallmarks of the Prancing Horse’s most powerful sports cars are present and correct, this time coupled with practicality and a raised driving height.

The Teatro del Silenzio in Lajatico, Pisa was the spectacular setting for the unveiling of the game-changing car that has Ferrari DNA at its core and innovation at its heart.

Named Purosangue after the Italian for ‘thoroughbred’, the car has been the subject of rumour and conjecture for many years, as the public and media alike speculated on what Maranello might have up its sleeves.

Now the answer is here, in all its four-wheel drive, front-engine glory, with more power than any other car in the Crossover segment. Designed to be as aerodynamic as possible, the Purosangue features a raft of innovations, from the latest in vehicle dynamic control systems to the world debut of Ferrari active suspension technology using Multimatic’s True Active Spool Valve (TASV) System.

One feature of design that’s likely to have everyone talking is the fact that the Purosangue features rear-hinged passenger doors, or welcome doors, crafted in order to allow people to get in and out of the car as smoothly as possible without needing to increase the size of the vehicle. Elsewhere, customers will find the largest boot ever on a Ferrari, heated seats front and back and a Burmester high-end audio system as standard.

The performance numbers are staggering; 0-62mph is seen off in just 3.3 seconds, while the Purosangue will rocket from 0-125mph in an incredible 10.2 seconds. The 6.5 litre, V12 engine has been painstakingly designed to offer the driver a seemingly never-ending amount of power under their right foot, with the eight-speed, dual clutch transmission and cylinder heads derived from the fearsome 812 Competizione. The soundtrack produced is nothing short of jaw-dropping.

Meanwhile the Purosangue’s interior is a combination of luxury materials and surprising space, with a focus on comfort and elegance.

With a driver cockpit inspired by the SF90 Stradale, the Ferrari sports car DNA is still present, while the front passenger will feel just as engaged with the driving experience, as their space features a dedicated 10.2” screen showing the performance figures as they happen.

With handling and performance completely unprecedented in a car of this size and shape, combined with Ferrari’s signature iconic style seen in its GT cars, it’s fair to say the Purosangue is truly a car like no other.