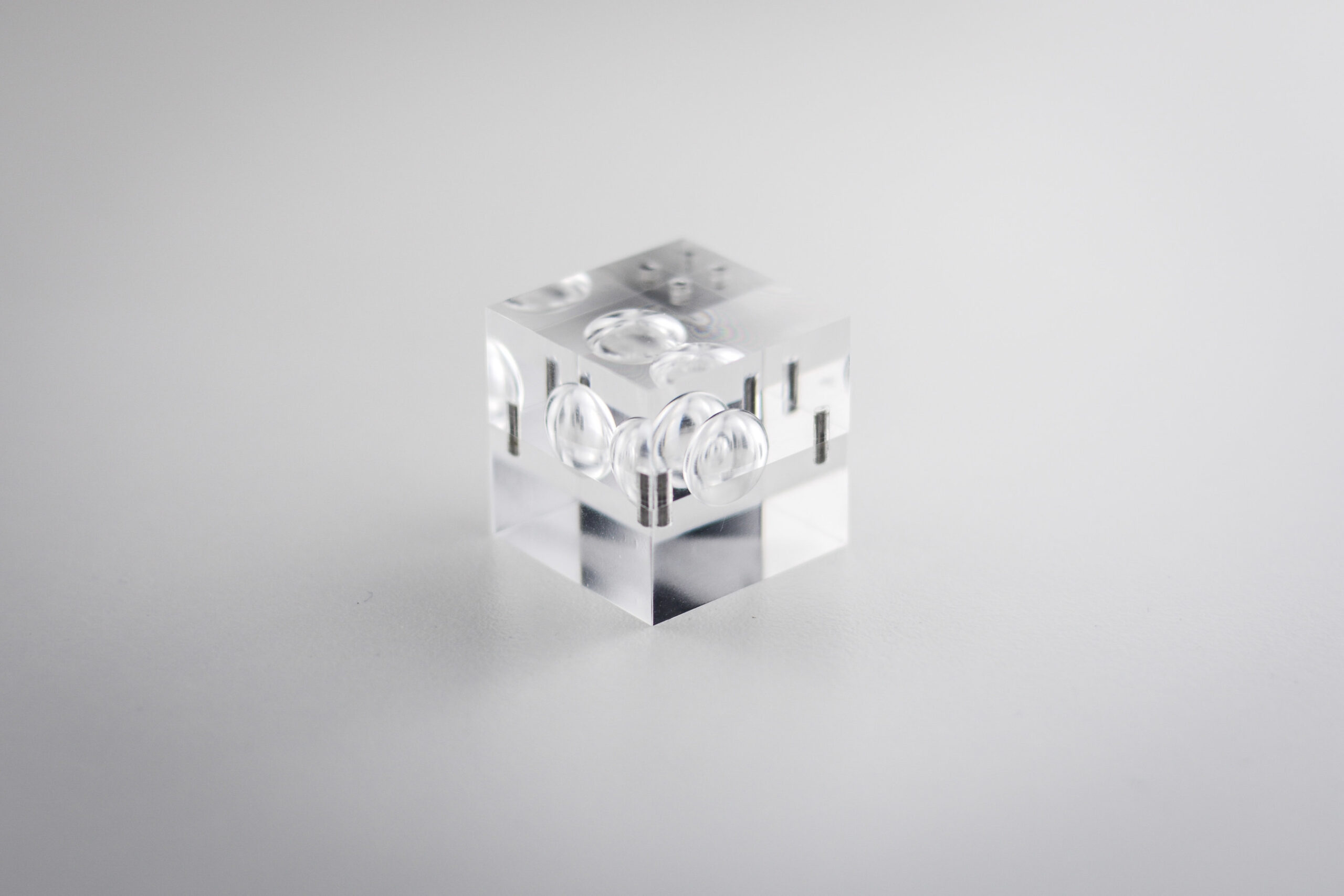 This is the first time fusion has been achieved using the unique targets developed by First Light, and the corresponding projectile technology. First Light’s mission is to solve the problem of fusion power with the simplest machine possible. Projectile fusion is a new approach to inertial fusion that is simpler, more energy-efficient and has lower physics risk. First Light has achieved fusion having spent less than £45 million and with a rate of performance improvement faster than any other fusion scheme in history.

“First Light Fusion’s British-born technology could potentially revolutionise power production in the coming decades. That is why this government is investing in UK science and innovation, ensuring that we remain at the forefront of the global scientific endeavour to make safe, clean, limitless fusion energy a reality.”

Fusion is the phenomenon which powers the sun. The challenge is to control the complexities involved in replicating this process to produce a clean, abundant but also a commercially viable source of power. First Light is taking a unique projectile fusion approach to solving this challenge, which it believes offers the fastest, simplest and cheapest route to commercial fusion power. This means that instead of using complex and expensive lasers or magnets to generate or maintain the conditions for fusion, First Light’s approach compresses the fuel inside a target using a projectile traveling at tremendous speed. The key technology in First Light’s approach is the target design, which focuses on the energy of the projectile, imploding the fuel to the temperatures and densities needed to make fusion happen.

To deliver this fusion result, First Light used its large two-stage hyper-velocity gas gun to launch a projectile at a target, containing the fusion fuel. The projectile reached a speed of 6.5 km per second before impact. First Light’s highly sophisticated target focuses this impact, with the fuel accelerated to over 70 km per second as it implodes, an increase in velocity achieved through our proprietary advanced target design, making it the fastest-moving object on earth at that point.

A key step towards a projectile fusion power plant

First Light’s power plant design involves the target being dropped into the reaction chamber and the projectile launched downwards through the same entrance, so it catches up with and impacts the target at the right moment [see https://www.youtube.com/watch?v=aW4eufacf-8 for visual representation]. The impact is focused and amplified by First Light’s advanced target technology, and a pulse of fusion energy is released. That energy is absorbed by the lithium flowing inside the chamber, heating it up. The flowing liquid protects the chamber from the huge energy release, sidestepping some of the most difficult engineering issues in other approaches to fusion. Finally, a heat exchanger transfers the heat of the lithium to water, generating steam that turns a turbine and produces electricity.

First Light’s equipment is relatively simple, a built-in large parts from readily available components. First Light believes this approach accelerates the journey towards commercial fusion power as there is a large amount of existing engineering that can be reused to realize its proposed plant design. A consumables business model and competitive LCOEWith this simpler approach that reuses existing technology, peer-reviewed analysis[1] conducted by First Light shows that projectile fusion offers a pathway to a very competitive Levelised Cost Of Energy (“LCOE”) of under $50 / MWh, directly competing on cost with renewables. This would make it the most cost-competitive source of baseload power. First Light’s approach, centered around the sophistication of its target design, will also enable it to pursue a high value-added consumables business model (i.e. mass manufacture of the targets themselves), where it will partner with power plant operators and become the fuel provider in the form of the targets.

First Light believes this focus not just on the science, but also on its future business model, presents another important point of difference, showcasing not just the environment but also the commercial benefits of First Light’s approach to fusion power.UKAEA validation UK Atomic Energy Authority (“UKAEA”), an executive non-departmental public body sponsored by the UK Government Department for Business, Energy and Industrial Strategy was invited to analyze and validate First Light’s fusion results before these were officially made public. The process included independent modeling of the detector configuration and response, review of all calibration data for both types of neutron detector used, review of the processing and statistical analysis of the data, full physical access to all detection equipment for hands-on inspection, and the witnessing of a fusion shot. This work has taken place over a period of over three months and UKAEA is able to confirm there is evidence that First Light has produced neutrons that are consistent with those produced from the fusion of deuterium fuel.

Plans for a “gain” experiment (more energy out than in) are advancing at pace. First Light expects to also partner with existing power producers to develop a pilot plant using its unique fusion approach. First Light is working towards a pilot plant producing ~150 MW of electricity and costing less than $1 billion in the 2030s. First Light is working with UBS Investment Bank to explore strategic options for the next phase of its scientific and commercial development.

“Our approach to fusion is all about simplicity. Being simple, we believe projectile fusion is the fastest path to commercially viable power generation from fusion. We aim for simplicity in the power plant engineering, but we also want to make the fusion process itself as simple as possible. The key technology is our target designs. As objects, these are very complex, but the physics is simpler than other fusion approaches; it can be understood and simulated accurately. With this result we have proven our new method for inertial fusion works and, more importantly, we have proven our design process. The design used to achieve this result is already months out of date. As soon as we reach the maximum with one idea, we invent the next, and that incredible journey of discovery is what is so exciting.”

“We congratulate the First Light team on reaching this significant milestone. We have watched first hand as they have advanced along this path to fusion. First Light’s target designs are remarkable, and the team’s ability to accurately simulate and thus optimise their performance gives them an invaluable tool on the path to gain. That journey will undoubtedly involve many hurdles, but in reaching fusion, First Light’s technology has shown its merit.”

“While achieving fusion in the lab is a tremendous success in its own right, the context is equally important. True to First Light’s rigorous scientific approach, this result is supported by strong and continuously evolving computer modelling. This capability sheds light, in exquisite detail, into the processes that generate these neutrons. Such tools are in daily use by First Light’s scientists, helping design unique targets, launchers and amplifiers, navigating the challenging path towards gain and a first-of-a-kind reactor.  This pursuit of practical and affordable fusion will give us the clean and abundant baseload power that we so desperately need in our effort to address – and hopefully reverse – global warming.”

“By focusing on an approach to fusion which is both simpler and cheaper than other fusion technologies, we believe we have identified a genuine route to commercial fusion, with a view to meeting not just vital scientific milestones, but also to develop a sustainable business model. Our unique target technology enables a business model based on consumables, which differentiates us from all other fusion technologies. This includes the manufacture and distribution of the targets themselves, using partners for the plant development largely borrowing from existing technologies. Our focus on the business model is equally important: fusion must show it is more than an expensive science experiment, but that it can be a commercial solution to the challenge of producing baseload clean energy”

“Fusion promises to be a safe, low carbon and sustainable part of the world’s future energy supply, and we support all advances in this scientific and engineering grand challenge. These results are another important step forward, and we are impressed that First Light have arranged independent analysis of their result.”

The need for fusion