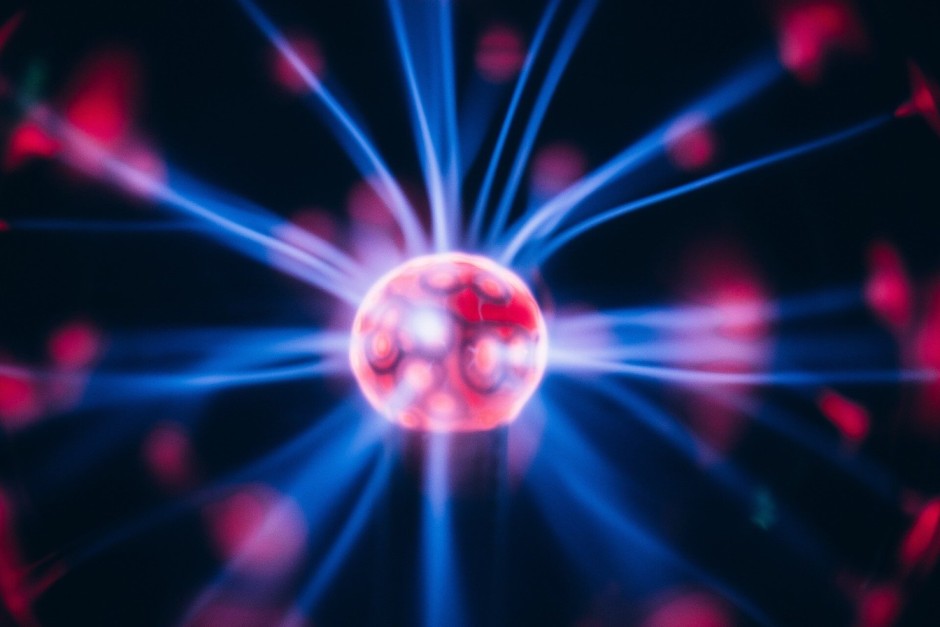 Physicists at EPFL, within a large European collaboration, have revised one of the fundamental laws that has been foundational to plasma and fusion research for over three decades, even governing the design of megaprojects like ITER. The update shows that we can actually safely use more hydrogen fuel in fusion reactors, and therefore obtain more energy than previously thought.

Fusion is one of the most promising sources of future energy. It involves two atomic nuclei combining into one, thereby releasing enormous amounts of energy. In fact, we experience fusion every day: the sun’s warmth comes from hydrogen nuclei fusing into heavier helium atoms.

There is currently an international fusion research megaproject called ITER, which aims to replicate the fusion processes of the sun to create energy on the Earth. Its aim is the creation of high-temperature plasma that provides the right environment for fusion to occur, producing energy.

Plasmas—an ionized state of matter similar to a gas—are made up of positively charge nuclei and negatively charged electrons, and are almost a million times less dense than the air we breathe. Plasmas are created by subjecting “the fusion fuel”—hydrogen atoms—to extremely high temperatures (10 times that of the core of the sun), forcing electrons to separate from their atomic nuclei. The process takes place inside a donut-shaped (“toroidal”) structure called a “tokamak.”

“In order to create plasma for fusion, you have to consider three things: high temperature, high density of hydrogen fuel, and good confinement,”

says Paolo Ricci at the Swiss Plasma Center, one of the world’s leading research institutes in fusion located at EPFL.

Working within a large European collaboration, Ricci’s team has now released a study updating a foundational principle of plasma generation—and showing that the upcoming ITER tokamak can actually operate with twice the amount of hydrogen and therefore generate more fusion energy than previously thought.

“One of the limitations in making plasma inside a tokamak is the amount of hydrogen fuel you can inject into it,” says Ricci. “Since the early days of fusion, we’ve known that if you try to increase the fuel density, at some point there would be what we call a ‘disruption’—basically you totally lose the confinement, and plasma goes wherever. So in the eighties, people were trying to come up with some kind of law that could predict the maximum density of hydrogen that you can put inside a tokamak.”

An answer came in 1988, when fusion scientist Martin Greenwald published a famous law that correlates fuel density to the tokamak’s minor radius (the radius of the donut’s inner circle) and the current that flows in the plasma inside the tokamak. Ever since then, the “Greenwald limit” has been a foundational principle of fusion research; in fact, ITER’s tokamak-building strategy is based on it.

“Greenwald derived the law empirically, that is completely from experimental data—not a tested theory, or what we’d call ‘first principles,'” explains Ricci. “Still, the limit worked pretty well for research. And, in some cases, like DEMO (ITER’s successor), this equation constitutes a big limit to their operation because it says that you cannot increase fuel density above a certain level.”

Working with fellow tokamak teams, the Swiss Plasma Center, designed an experiment where it was possible to use highly sophisticated technology to precisely control the amount of fuel injected into a tokamak. The massive experiments were carried out at the world’s largest tokamaks, the Joint European Torus (JET) in the UK, as well as the ASDEX Upgrade in Germany (Max Plank Institute) and EPFL’s own TCV tokamak. This large experimental effort was made possible by the EUROfusion Consortium, the European organization that coordinates fusion research in Europe and to which EPFL now participates through the Max Planck Institute for Plasma Physics in Germany.

At the same time, Maurizio Giacomin, a Ph.D. student in Ricci’s group, began to analyze the physics processes that limit the density in tokamaks, in order to derive a first-principles law that can correlate fuel density and tokamak size. Part of that though involved using advanced simulation of the plasma carried out with a computer model.

“The simulations exploit some of the largest computers in the world, such as those made available by CSCS, the Swiss National Supercomputing Center and by EUROfusion,” says Ricci. “And what we found, through our simulations, was that as you add more fuel into the plasma, parts of it move from the outer cold layer of the tokamak, the boundary, back into its core, because the plasma becomes more turbulent. Then, unlike an electrical copper wire, which becomes more resistant when heated, plasmas become more resistant when they cool down. So, the more fuel you put into it at the same temperature, the more parts of it cool down—and the more difficult is for current to flow in the plasma, possibly leading to a disruption.”

This was challenging to simulate. “Turbulence in a fluid is actually the most important open issue in classical physics,” says Ricci. “But turbulence in a plasma is even more complicated because you also have electromagnetic fields.”

In the end, Ricci and his colleagues were able to crack the code and put “pen to paper” to derive a new equation for fuel limit in a tokamak, which aligns very well with experiments. Published in Physical Review Letters, it does justice to Greenwald’s limit, by being close to it, but updates it in significant ways.

The new equation posits that the Greenwald limit can be raised almost two-fold in terms of fuel in ITER; that means that tokamaks like ITER can actually use almost twice the amount of fuel to produce plasmas without worries of disruptions. “This is important because it shows that the density that you can achieve in a tokamak increases with the power you need to run it,” says Ricci. “Actually, DEMO will operate at a much higher power than present tokamaks and ITER, which means that you can add more fuel density without limiting the output, in contrast to the Greenwald law. And that is very good news.”