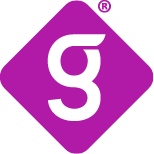 While Getaround has been active in New York since 2019, state laws required individuals to have commercial insurance to share their vehicles, making widespread use of the platform impractical for the general public. However, thanks to years of advocacy and cooperation with policymakers, the Peer-to-Peer Car Sharing Program Act (Senate Bill S6715) now allows Getaround to provide platform insurance to cover trips within New York at no extra cost to the user, making it an accessible and sustainable transportation solution.

Available across New York City, initial efforts will concentrate on the areas where there are unmet needs for additional transportation options in Brooklyn, Queens, and The Bronx. To incentivize residents of these neighborhoods to share their cars on the platform, Getaround is offering special owner-earning guarantees and bonuses for hosts who onboard and list their vehicles for carsharing over the coming weeks. In many cases, these earnings can equal up to $2,000 a month.

“The enactment of Senate Bill S6715 is an important step for the state of New York,” said Senator Neil Breslin, Chair of the Senate Insurance Committee. “I am encouraged by Getaround’s advancements and the expansion of carsharing in our state, which will promote an equitable and sustainable future.”

Getaround Connect® technology enables contactless 24/7 access to these shared vehicles without the need to wait in line or pick up keys. Individuals can reserve the shared vehicles for as little as one hour, perfect for local trips like going to the grocery store as well as longer trips or weekend getaways.

“We’re thrilled to expand access to carsharing in New York,” said Getaround’s Chief Operating Officer, Sy Fahimi. “This policy shift means that Getaround will be able to operate at full capacity in New York City. Not only will Getaround’s presence help reduce the number of vehicles in one of the nation’s most congested road networks, it will play a major part in democratizing carsharing by providing more equitable access to cars and enabling residents to take advantage of accessible and sustainable transit options.”

Privately owned cars are typically parked 95% of the time and on the move only 6 hours per week. For the remaining 162 hours of the week, most cars stay parked and idle. Peer-to-peer carsharing means fewer cars on the road: studies show that, on average, one carsharing vehicle replaces 9 to 13 vehicles. Thanks to carsharing, users are selling their vehicles or postponing the purchase of one and shifting away from the concept of car ownership. This ultimately results in reduced traffic and pollution, lightens the emission of greenhouse gasses, and less space needed for parking.

To sign up and book a trip or to be a host in NYC, visit Getaround.com.

On May 11, 2022, Getaround announced its entry into a definitive business combination agreement with InterPrivate II Acquisition Corp. (NYSE: IPVA). Upon the closing of the business combination, which is expected in the second half of 2022, the combined public company will be listed on the New York Stock Exchange under the new ticker symbol “GETR.”