Google Tensor chip a game-changer for machine learning in smartphones. 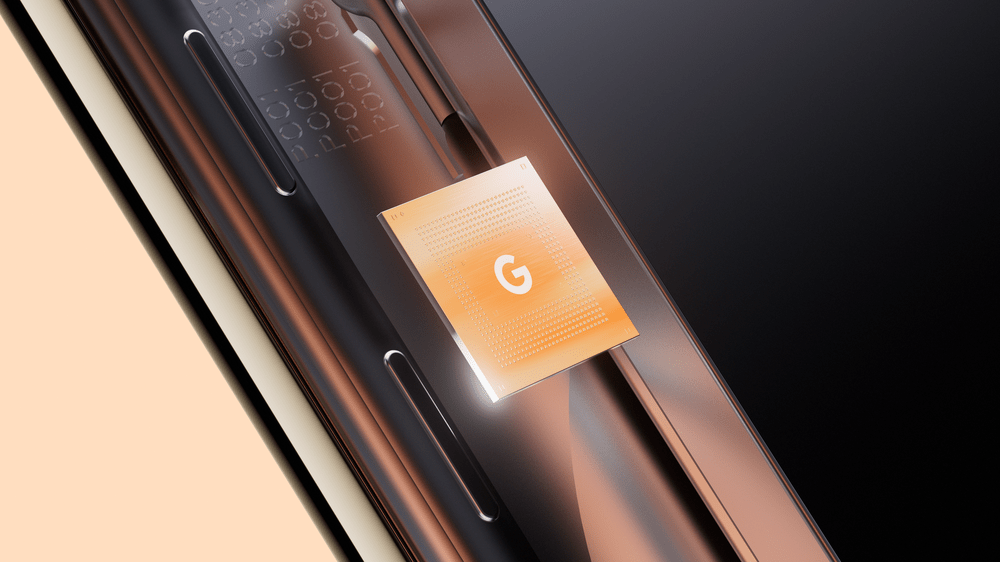 Google Tensor chip a game-changer for machine learning in smartphones. Google Tensor processor is a chip that can provide Pixel users with whole new capabilities by keeping up with the current advances in machine learning. On October 19, 2021, Google unveiled the Pixel 6 and Pixel 6 Pro. A few years ago, Google’s team of researchers collaborated across hardware, software, and machine learning to create the greatest mobile ML computer, allowing Google to fully achieve its vision of what Pixel smartphones should be capable of.

As per a blog post published by Google, Google co-designed Tensor with Google Research which gave them insight into where machine learning models are going, not where they are now, as a result, they were able to create an AI/ML platform that could keep up with their work at Google.

The blog post also said that Google is unlocking incredible new experiences with Google Tensor, like Motion Mode, Face Unblur, Speech enhancement mode for videos, and applying HDRnet to movies, all of which need cutting-edge machine learning (more on these later). Google Tensor allows them to push the boundaries of smartphone usefulness, transforming it from a one-size-fits-all piece of hardware to a device that understands and accommodates the various ways we use our phones.

Google Tensor was designed to be a high-end system on a chip (SoC) with all of the features you would expect from a mobile SoC, plus more. The major experience areas for their new phones — voice, language, imaging, and video — are all heterogeneous by nature, requiring multiple resources throughout the entire chip.

Google Tensor was meticulously engineered to provide the ideal combination of computational performance, efficiency, and security, and with Android 12, Google is aiming to create an operating system that lays the groundwork for future hardware and software collaboration. Users may see this in action in real-world scenarios such as creating incredible films or learning more foreign languages.

What Google Tensor can do:

Google Tensor will bring new capabilities to the Pixel 6 and Pixel 6 Pro with Google Tensor capable of performing more complex, cutting-edge machine learning models while using less power than prior Pixel phones. Google Assistant on Google Tensor, for example, uses the most accurate Automatic Speech Recognition (ASR) Google has ever released. For the first time, we can employ a high-quality ASR model for long-running applications like Recorder or utilities like Live Caption without the battery draining soon.

Thanks to Google Tensor and the new Live Translate function on the Pixel 6 and Pixel 6 Pro, you will be able to converse with people in the language you are most familiar with. More chat apps, like Messages and WhatsApp, will allow users to translate immediately within the chat app, eliminating the need to clip and paste text into Google Translate. Using on-device speech and translation models, Google Tensor also allows Live Translate to function on media such as videos. When running on Google Tensor, the new on-device neural machine translation (NMT) model requires less than half the power of prior models on Pixel 4 phones.

Google Tensor is also responsible for the phone’s computational photography and video functions, which are part of what makes Pixel so amazing. Take, for example, one of our favorite new features: Motion Mode. As per Google, Tensor’s heterogeneous architecture makes use of the entire chip to deliver this new functionality at a level of quality previously unattainable. Tensor can tackle photographic jobs faster because our chip’s subsystems operate better together.

For the first time, by integrating sections of HDRNet, a technology that delivers the characteristic Pixel appearance more efficiently, directly onto the chip, it now works in all video modes — even at 4K and 60 frames per second — to produce recordings with more accurate and vibrant colors

In comparison to previous Pixel phones, the Pixel 6 and Pixel 6 Pro should have more accurate facial detection. When compared to the Pixel 5, your phone will not only locate and focus on your subject faster, but it will also consume around half the power.

How Tensor Differs from others

Along with the Pixel smartphones, we learned more about the phone’s intriguing new Google Tensor SoC — and how it differs from anything else on the market right now. There are a few fundamental ways in which Google distinguishes itself. The layout of CPU cores is one of the most unusual, as indicated by leaks.

Google Tensor is notable for using two of the most powerful Cortex X1 cores, clocked at 2.8 GHz, which should allow the phone to perform well in some demanding activities.

The phone still has four low-power A55 cores running at 1.8 GHz, and the Mali G78MP20 GPU, which should provide gaming performance compared to any Android handset.

The utilization of the older A76 cores continues to be a source of consternation, and we have yet to hear a convincing explanation.

An ArsTechnica interview with Google engineers sheds some light on the core layout decisions.

“We focused a lot of our design effort on how the workload is allocated, how the energy is distributed across the chip, and how the processors come into play at various points in time. When a heavy workload comes in, Android tends to hit it hard, and that’s how we get responsiveness.”

He adds “when it’s a steady-state problem where, say, the CPU has a lighter load but it’s still modestly significant, you’ll have the dual X1s running, and at that performance level, that will be the most efficient.”

In any event, Tensor does not outperform competitors on a par with Apple, at least when it comes to fundamental CPU and GPU operations. Tensor’s new “TPU,” or tensor processing unit, is designed to shine in AI and machine learning activities (sometimes called a neural processing unit in other devices). In this aspect, there is a lot of untapped potential.

Google Tensor is based on Google’s AI and machine learning work, which has been done in partnership with Google Research to create real-world user experiences. Tensor is enabling previously unimaginable experiences.