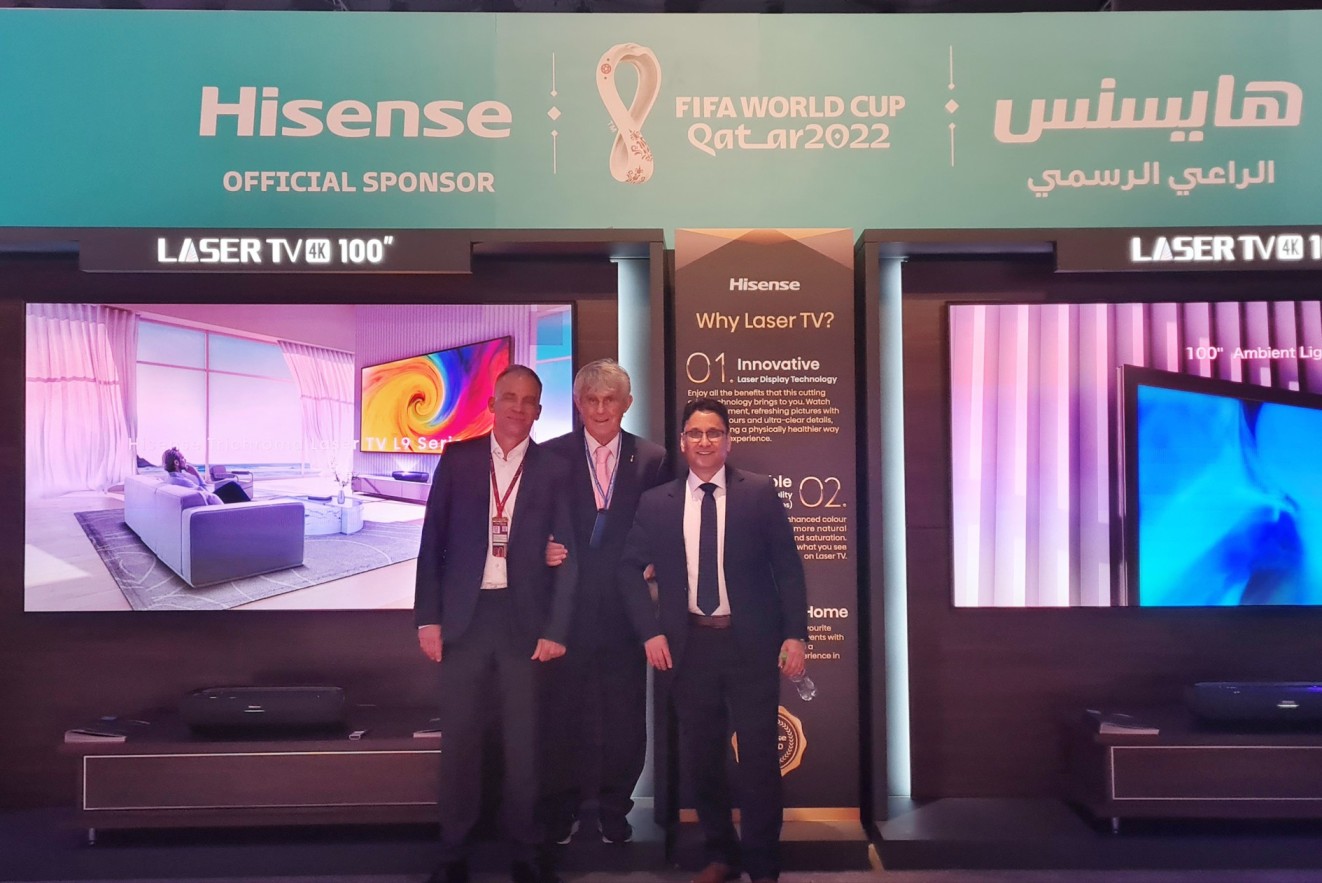 During the event, Hisense launched a global World Cup marketing campaign with the tagline “Perfect Match”, which means the World Cup will be a perfect football event, and Hisense products will be the best choice for football fans to watch matches at home.
As a reliable home appliances brand, Hisense shouts out to the world through the FIFA World Cup platform with the determination to present each Perfect Match to the global audience. Hisense will also create perfect matches for consumers and fans through a series of marketing campaigns across the FIFA World Cup journey, including the Disappearing Football Pitches CSR project, Super Brand Week, etc.

The Middle East is one of Hisense’s fastest-growing markets. At present, Hisense’s first global flagship store has been opened in the Middle East, and Hisense has won tremendous recognition through incredible technology and product quality. In the future, Hisense will leverage the “Qatar” World Cup sponsorship rights and continue to accelerate the strategic implementation of the Middle East market. To achieve this, Hisense will invest more in creating premium hi-tech products; Meanwhile, Hisense will also increase the overall investment in establishing factories to fulfill the integration of R&D, manufacturing, and sales.
Moving forward, Hisense aims to achieve globalization and enhance the brand’s global competitiveness through the success of the Middle East market and sports marketing, to become a global renowned technology brand worldwide.