It Takes Two, 2021 Game of the Year is Coming to Nintendo Switch on November 4 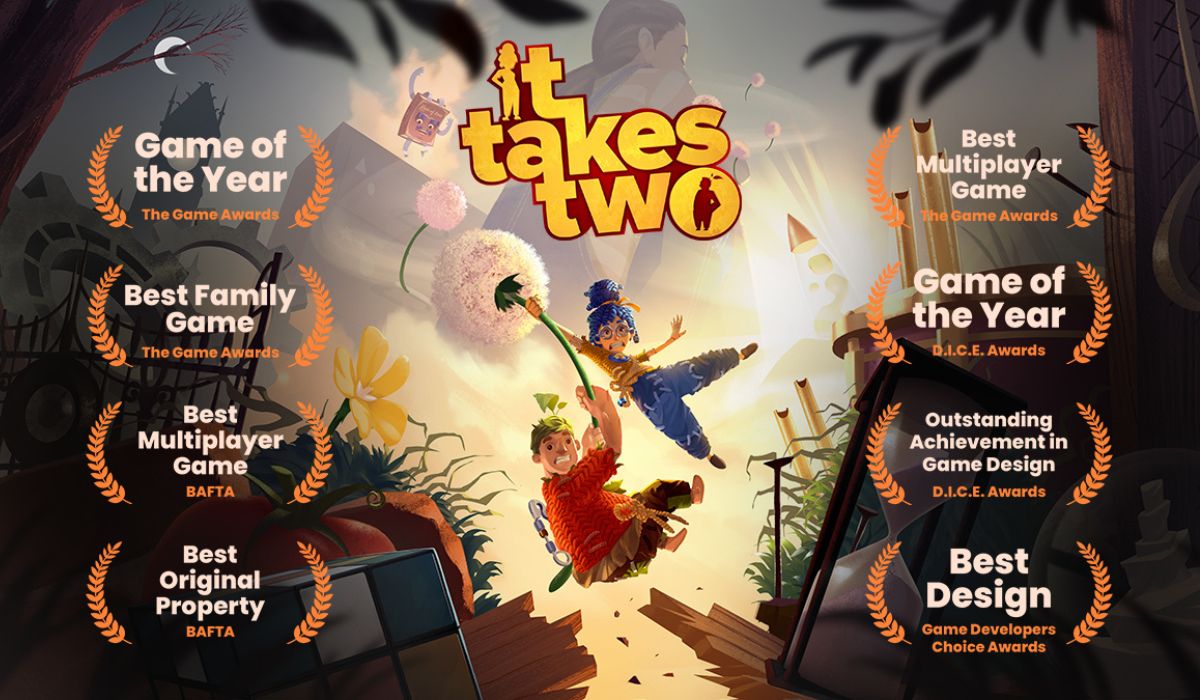 REDWOOD CITY, Calif, September 13, 2022 – Today, Electronic Arts Inc. (NASDAQ:EA) unveiled that It Takes Two, winner of over 90 awards including The Game Awards and DICE’s Game of the Year, is coming to the Nintendo Switch™ on November 4, 2022*. Originally developed by BAFTA award-winning Hazelight Studios and published under the EA Originals label, It Takes Two will feature the acclaimed co-op experience players know and love, optimized for Nintendo Switch.

“As a Nintendo fan, I’m thrilled that Switch players will finally get to experience It Takes Two,” said Josef Fares, Founder and Game Director at Hazelight Studios. “Turn Me Up Games has an excellent record in bringing world class games to Nintendo Switch, and we trust their expertise in bringing It Takes Two’s fantastical world to the platform.”

Ported by Turn Me Up Games, a veteran studio that specializes in Nintendo Switch games, players can dive into It Takes Two’s couch co-op with a second set of Joy-Cons, gamepad or by linking two Switch consoles for local play. Players who own the game can also invite a friend to play for free using Friend’s Pass**. Additionally, It Takes Two’s universal tale of relationships can be experienced worldwide with new voice-overs in Japanese, French, German and Spanish, as well as subtitles in multiple languages.

“We’re huge fans of Hazelight and It Takes Two, and are thrilled to be entrusted to develop this game for the Nintendo Switch,” said Scott Cromie at Turn Me Up Games. “We’ve worked with Josef in the past to bring his BAFTA winning game, Brothers: A Tale of Two Sons, to the Switch, and this collaboration allows us to bring yet another award-winning title to the platform. Players can expect the same adventure and immersive storytelling of It Takes Two – that some already know and love – on the Nintendo Switch.”

The critically-acclaimed title lets players untangle the complicated web Cody and May are trapped in thanks to a magic spell that turns them into dolls, all while encountering ridiculous challenges around every corner. The unpredictable nature of each level will bring players through a uniquely metaphorical gameplay experience that tells a universal story of relationships, as Cody and May must work together to save their fractured marriage on the brink of divorce. Whether it’s vacuum cleaners on the loose, suave love gurus with lots of opinions or a night club in desperate need of a DJ, obstacles will pop up around every corner, making for some hilariously heartfelt moments.

It Takes Two is available for pre-order on September 13 and launches in retail and digital storefronts on November 4, 2022 for Nintendo Switch, Switch Lite and Switch OLED for $39.99. PlayStation 4, Xbox One, PlayStation 5, Xbox Series X|S and PC (Origin and Steam) players can download the game now for $39.99.