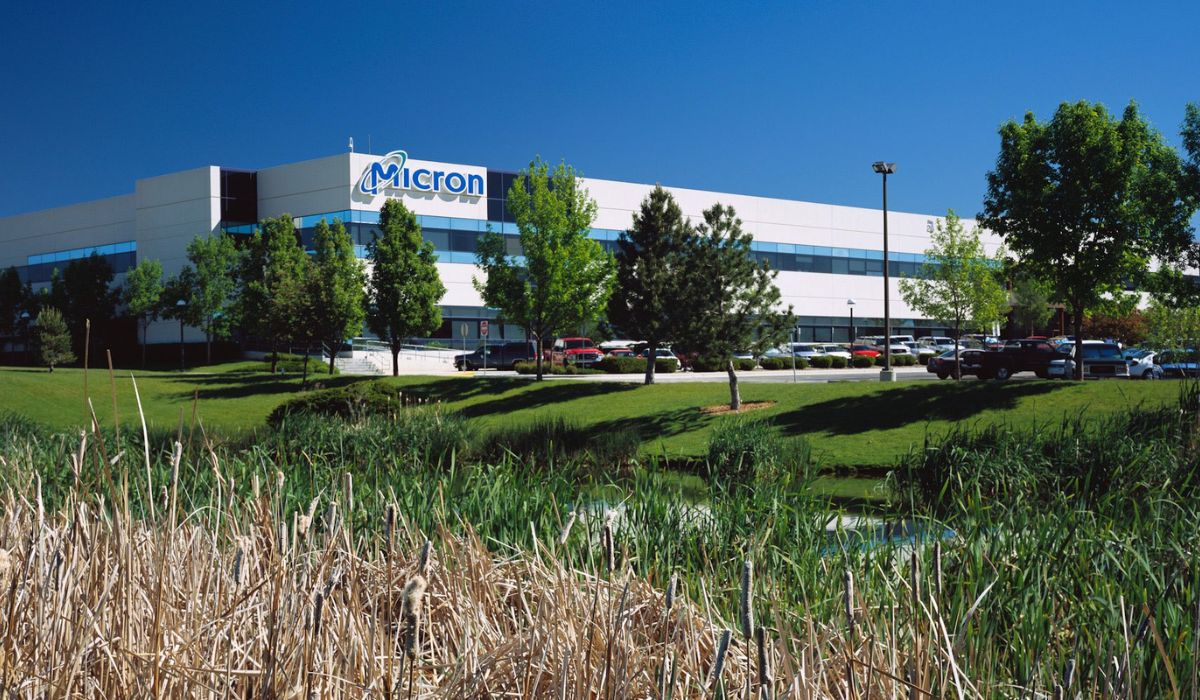 Micron Announces Investment of up to $100 Billion to Build Megafab in Central New York.

Micron intends to invest up to $100 billion over the next 20-plus years to construct a new megafab in Clay, New York, with the first phase investment of $20 billion planned by the end of this decade. This represents the largest private investment in New York state history. Micron’s investment in Onondaga County, New York, will complement the company’s previously announced high-volume manufacturing fab in Boise, Idaho. Micron will design, build and operate the facility in accordance with its sustainability goals. The site could eventually include four 600,000 square foot cleanrooms, for a total of 2.4 million square feet of cleanroom space – the size of approximately 40 U.S. football fields.

Micron’s New York megafab is part of its strategy to gradually increase American-made leading-edge DRAM production to 40% of the company’s global output over the next decade. Site preparation work will start in 2023, construction will begin in 2024 and production output will ramp in the latter half of the decade, gradually increasing in line with industry demand trends. Locating Micron’s industry-leading DRAM production in the U.S. brings tremendous benefits for its customers, enabling them to build their innovative products and solutions using a more resilient, secure and geographically diverse supply chain.

“I am grateful to President Biden and his Administration for making the CHIPS and Science Act a priority, to Senator Schumer and a bipartisan coalition in Congress for passing the legislation, and to Governor Hochul and County Executive McMahon for the local and state partnerships that made this investment possible. Micron will leverage the diverse, highly educated and skilled talent in New York as we look to build our workforce in the Empire State,” said Micron President and CEO Sanjay Mehrotra. “This historic leading-edge memory megafab in Central New York will deliver benefits beyond the semiconductor industry by strengthening U.S. technology leadership as well as economic and national security, driving American innovation and competitiveness for decades to come.”

The $5.5 billion in incentives from the state of New York over the life of the project alongside anticipated federal grants and tax credits from the CHIPS and Science Act are critical to support hiring and capital investment. In addition, the Town of Clay and Onondaga County are providing key infrastructure support for Micron’s new leading-edge semiconductor facility.

Micron is excited to build this new megafab in New York, making the Empire State the location of the largest leading-edge memory site in the U.S. Micron selected the Onondaga County, New York site based on its multiple advantages including leading higher education institutions, access to talent traditionally underrepresented in technology jobs and a significant military population aligned with Micron’s commitment to veteran hiring. It also offers availability of water and clean, reliable power to enable a project of this scale while achieving our long-term environmental goals. The area has much to offer for future Micron employees and families, including urban and outdoor lifestyles, an affordable cost of living and a strong local school system. New York provides partnership opportunities with local K-12 education programs, community colleges and institutions for top engineering and technical talent. The state has a long history of semiconductor development and manufacturing, providing promising opportunities to collaborate on R&D initiatives with organizations like the Albany NanoTech Complex and the U.S. Air Force Research Laboratory.

“After years of work, it’s official—Micron is coming to Central New York! With the CHIPS and Science bill, I wrote and championed as the fuse, Micron’s $100 billion investment in Upstate New York will fundamentally transform the region into a global hub for manufacturing and bring tens of thousands of good-paying high-tech and construction jobs to Central New York. This project is a dramatic turning point for a region that has faced decades of lost manufacturing jobs, and, in combination with New York’s already robust microchip industry from the Hudson Valley, Albany, and the Mohawk Valley to Binghamton, Rochester, and Buffalo, it will put Upstate New York on the map in a way we haven’t seen in generations. This is our Erie Canal moment. Just as the original Erie Canal did centuries ago, this 21st Century Erie Canal will flow through the heart of Central New York and redefine Upstate New York’s place in the global economy for generations to come. Micron’s investment will make New York’s semiconductor corridor into a major engine powering our economy and will supply ‘Made in New York’ microchips to everything from electric vehicles, 5G, and defense technology to personal computers and smartphones. Today’s announcement is the result of my long fight to bring manufacturing back to Upstate New York. The bottom line is that without the CHIPS and Science legislation, Micron would have decided to build its mega-fab overseas. This investment leaves no question that the future of microchip manufacturing will remain not just in this country, but in Syracuse specifically, and that our future will be built in Upstate New York, with Central New York as a global center of the chip industry.”

Micron and the state of New York are also announcing a historic $500 million investment in community and workforce development with a focus on disadvantaged populations over the duration of the project. Micron will invest $250 million over the next 20-plus years as part of the company’s commitment to the Green CHIPS Community Investment Fund. An additional $250 million is expected to be invested, with $100 million from New York and $150 million from local, other state and national partners.

Aimed at expanding and preparing the workforce in the region and providing additional support for disadvantaged community populations, the fund will be used for workforce training, education programs, housing and other community investments. Micron will work with the state and other partners to form a local Community Advisory Committee to provide inputs into additional future investments from the Fund.

“Micron’s $100 billion investment in New York marks the start of something transformative in scale and possibility for our state’s economic future. I promised that we would jump start the economy by being the most business-friendly and worker-friendly state in the nation, and thanks to our State Green CHIPS legislation, the federal CHIPS and Science Act, and extraordinary partnerships with business, labor, and local and federal leaders, this project will do exactly that. Together, we are leveraging this investment – the largest private-sector investment in state history – to secure our economic future, solidify New York’s standing as a global manufacturing hub, and usher the state into another Industrial Revolution.”

“Today’s announcement validates what we have known all along – White Pine Business Park is the premier site in the Country for attracting an investment in the semiconductor industry, and we are thrilled to welcome Micron to our community. This is our generation’s Erie Canal moment and my administration is committed to meeting this pivotal and exciting moment in time. We will make sure that every neighborhood in every corner of the County feels part of this historic and transformational project.” McMahon continued, “As important, this is a project that many people felt we weren’t worthy of, but at the end of the day the greatest memory technology company in the world chose Onondaga County. Micron is going to invest one-hundred billion dollars to not only solve global demand challenges, but to meet national security demands for this country. The decision by Micron to invest in Central New York and solve these problems not only supports our greater strategy for growing our community but validates our undeniable progress. I look forward to a long and successful partnership.”

Micron will design and operate its new megafab in line with the company’s sustainability framework and commitments. Micron aims to use 100% renewable electricity at the new facility. Additionally, Micron plans to use green infrastructure and sustainable building attributes for the construction of the New York fab to attain Leadership in Energy and Environmental Design (LEED) Gold status. Greenhouse gas emissions (GHG) for the new facility will be mitigated and controlled by using state-of-the-art technology. These efforts support Micron’s global target to achieve a 42% reduction in GHG emissions from operations by 2030 and net-zero emissions by 2050.

Micron was recently named one of the 2022 World’s Most Ethical Companies, awarded a Ecovadis Sustainability Platinum medal (top 1%) and named one of Newsweek America’s Most Responsible Companies.