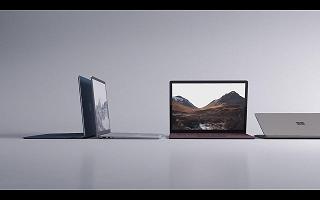 Microsoft announced the new Surface Laptops with a battery life of 14.5 hours and Windows 10s OS. The Windows 10s OS (operating system), which can be compared to the chrome OS (used in google chromebooks). It is a stripped down version of the Windows operating system. With Windows 10s OS users can install and use apps only from Windows store for security and performance. It comes with free Microsoft office 365 for education. Windows 10s is available for free for schools and can be installed for free on any windows pro PCs.

Surface Laptops are priced at $999.00 with pre-order starting May 2nd and available on June 15th 2017.  As per Microsoft, it has the thinnest LCD touch screen. It is lighter than any Mac laptops and with longer battery life. It can also be used with other accessories like the pen and dial for app control (e.g. moving through pages or volume control). Also, as per the announcement it will come with intel i7 & i5  kaby lake and 1 TB of SSD. It will come with 13.5′ display and 3:2 aspect ratio.

Other laptop manufactures are also making machines which will run on Windows 10s and will be available for a cheaper price starting at $189.00.  Release dates of these laptops is yet be announced.

Microsoft also announced educational minecraft games and hololens integration for educational content makers.  It will make the learning process more realistic. Hololens offers a mixed reality experience in which the objects are seen in our surroundings rather than in virtual world, as is the case with VR headsets.

Additional details of the exact specifications of the models from Dell, HP & others for the cheaper $189 models are not yet available. We will update the post accordingly.