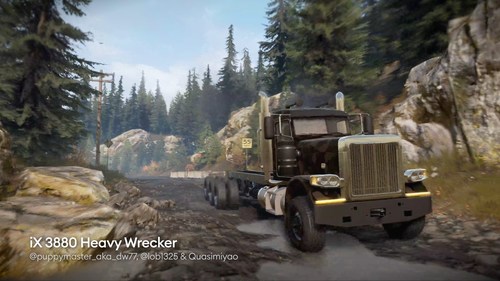 Six mods were downloaded every second on mod.io in 2021.

Official in-game mods unlock UGC for all players from PC to Consoles.

Since the advent of official mod support on PC and consoles in 2019, mod.io users have downloaded official mods 5,000 times the number of video games released for current PC, console, and VR platforms combined.

“Six mods were downloaded every second on mod.io in 2021. More than half were on console – a first mod experience for many players,” said CEO and Co-Founder of mod.io, Scott Reismanis.

More than half of mod.io’s over 10 million users are playing and accessing official mod material on consoles, attracted by a continual stream of new UGC, in a secure and simple manner, increasing player numbers and encouraging more developers to include official mods in their console releases.

“We saw a massive spike in player numbers after we implemented our custom creation features which utilize mod.io,” said Hanna Fogelberg, CCO of Landfall Games.

Landfall Games’ Totally Accurate Battle Simulator (TABS), which recently claimed the top ranked Steam game of 2021, provides players and creators with the tools to make and share simulated fights of fantasy. Naturally, mods are a perfect fit. Developer Landfall Games chose to work with mod.io to enable official mods on PC and console from release. With 1.2m mods created, and 76m+ mods downloaded to date, TABS continues to grow with its community.

More than 90 games have used mod.io since its inception in 2019, including Skater XL, Deep Rock Galactic, Humankind, Fireworks Mania, and SnowRunner. mod.io is a platform that helps studios develop their creative communities by pioneering the use of mods in games across PC, console, mobile, and virtual reality platforms. Each month, mod.io distributes approximately 17 million pieces of user-generated content to over 3 million players. Hundreds of millions of pieces of content are created each year by fans, shared with their communities, and supported by the developer whose product is always evolving.

mod.io is a pioneer in the UGC space, bridging the gap between creator communities and game developers across a vast number of platforms.

Fast facts about mod.io and UGC