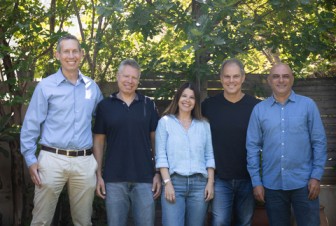 Quantum Source To Actualize a Breakthrough Technology That Will Enable Photonic Quantum Computers That Are 50,000x More Efficient.

Three serial entrepreneurs and a leading Professor from the Weizmann Institute of Science join forces to establish Quantum Source and actualize a breakthrough technology that will enable photonic quantum computers that are 50,000x more efficient than state-of-the-art implementations.

The company was founded by three serial entrepreneurs and a Professor from the Weizmann Institute of Science: Oded Melamed, CEO, who was the co-founder and CEO of Altair Semiconductor acquired by Sony; Gil Semo, VP R&D, who was among the founding team of Anobit Technologies acquired by Apple, who later became the Director of Platform Architecture at Apple in Israel; Dan Charash, Chairman, who was the co-founder and CEO of Provigent acquired by Broadcom; and Prof. Barak Dayan, Senior Scientist and founder and head of the Quantum Optics lab at the Weizmann Institute of Science. The company employs twenty-five physicists and engineers, fifteen of whom hold PhD degrees.

A quantum computer is a new type of computer with enormous processing power that will be able to solve problems that classical computers cannot, like factoring of large integers and simulations of complex molecules.

The global effort to develop a commercially viable quantum computer has gained significant momentum in recent years. Most research groups and companies active in the field such as Google, IBM, IonQ, and Rigetti rely on matter-based technologies, e.g. superconducting qubit (a basic unit of quantum information) or trapped ions, and have built quantum computers with a small number of qubits (tens or hundreds of qubits). In order to solve commercially valuable problems, a quantum computer with millions of qubits is required.

Quantum Source’s vision is to enable scaling quantum computers to millions of qubits with its breakthrough photonic technology. Large-scale photonic quantum computers are expected to instigate a revolution in entire industries. These quantum computers will accelerate, for instance, the development of new drugs, shorten the time pharma companies can introduce new medicines to the market, and support physicians with treatment optimization for complex diseases.