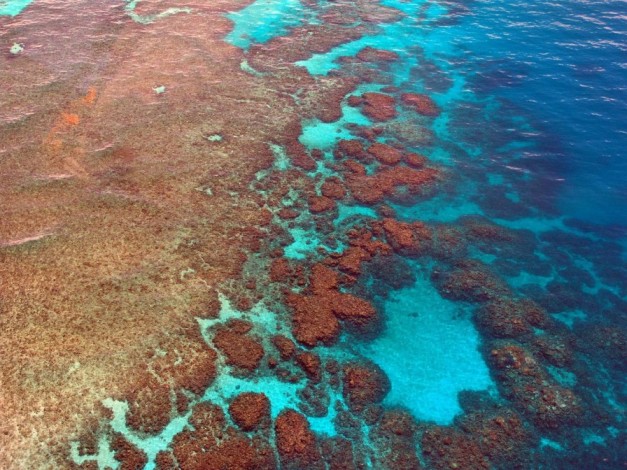 A novel AI tool for monitoring and maintaining coral reefs has been developed by marine biologists. Through a live camera feed, the initiative, which is a cooperation between Google and Australia’s Commonwealth Scientific and Industrial Research Organization (CSIRO), uses computer vision identification models to spot destructive outbreaks of crown-of-thorns starfish (COTS). Keeping a closer eye on reefs allows scientists to respond rapidly to expanding populations and maintain the Great Barrier Reef ecosystem.

Coral reefs support around 25% of sea species, including fish, invertebrates, and marine mammals, although occupying less than 1% of the vast ocean floor. These productive marine ecosystems supply commercial and subsistence fishing, as well as revenue for tourism and recreational companies, when they are in good shape. They also safeguard coastal towns from storm surges and provide an abundant supply of antiviral chemicals for drug development studies.

COTS assemblages can be found all across the Indo-Pacific region, feeding on coral polyps, which are the live parts of hard coral reefs. They are usually found in small quantities and cause little damage to the ecosystem. However, as outbreaks become more common—due in part to nutrient run-off and a loss in natural predators—they are wreaking havoc.

COTS outbreaks, defined as 30 or more adults per 10,000 square meters, or when densities devour coral faster than it can grow, take roughly 10 to 20 years to recover in healthy reefs. Environmental stresses such as climate change, pollution, and harmful fishing methods make it less likely for degraded reefs to recover, resulting in irreversible damage, reduced coral cover, and biodiversity loss.

Scientists control outbreaks through interventions. Two common approaches involve injecting a starfish with bile salts or removing populations from the water. But, traditional reef surveying, which consists of towing a snorkeler behind a boat for visual identification, is time-consuming, labor-intensive, and less accurate.

According to the project’s TensorFlow post, “CSIRO developed an edge ML platform (built on top of the NVIDIA Jetson AGX Xavier) that can analyze underwater image sequences and map out detections in near real time.” The authors, Megha Malpani an AI/ML product manager at Google, and Ard Oerlemans a Google software engineer, are part of a team of researchers working with CSIRO to build the most accurate and performant models.

The researchers used an annotated dataset from CSIRO to construct an accurate object detection model that detects starfish using a live camera feed rather than a snorkeler.

It accurately processes photos at a rate of more than 10 frames per second in a variety of water conditions, including lighting, visibility, depth, viewpoint, coral habitat, and the quantity of COTS present.

When a COTS starfish is discovered, it is given a unique ID tracker, which links detections over time and video frame, according to the post. According to Malpani and Oerlemans, “we link detections in successive frames to each other by first using optical flow to forecast where the starfish will be in the next frame, and then linking detections to predictions based on their Intersection over Union (IoU) score.”

With the ultimate goal of quickly determining the total number of COTS, the team focused on the entire pipeline’s accuracy. The “current 1080p model using TensorFlow TensorRT runs at 11 FPS on the Jetson AGX Xavier, reaching a sequence-based F2 score of 0.80! We additionally trained a 720p model that runs at 22 FPS on the Jetson module, with a sequence-based F2 score of 0.78,” the researchers write.

The initiative, according to the report, intends to demonstrate the capabilities of machine learning and AI technology applications for large-scale ocean habitat surveillance.

The crown-of-thorns starfish identification pipeline is free source and available on GitHub or Google Colab. The initiative is part of Google’s Digital Future Initiative with the Australian Commonwealth Scientific and Industrial Research Organization (CSIRO).