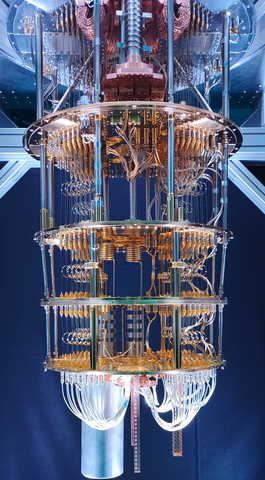 Roundtable hosted by the White House and the State Department to Encourage Quantum Cooperation.

This week, the White House Office of Science and Technology Policy (OSTP) and the United States Department of State held a discussion to promote international cooperation in quantum science and technology. On the 5th and 6th of May, a roundtable titled Pursuing Quantum Information Together: 2N vs 2N was held.

Quantum Information Science and Technology (QIST) has significant potential to enhance our understanding of the universe and improve our collective prosperity. The roundtable gathered the heads of quantum strategy offices from the United States, Australia, Canada, Denmark, Finland, France, Germany, Japan, the Netherlands, Sweden, Switzerland, and the United Kingdom to reinforce the importance of international cooperation in QIST to accelerate discovery, share resources, and jointly address global challenges.

On May 5, each country presented its national strategy to quantum with the purpose of sharing best practices and identifying common obstacles. Science and the Global Economy, as well as Growing the Quantum Workforce and a Quantum Aware Society, were discussed. The discussion centered on possible next steps for expanding international cooperation in these areas. Highlighting exchange opportunities for students, postdocs, and professionals, as well as raising public awareness through events like World Quantum Day, are two examples.

The roundtable’s second day, May 6, was devoted to the topic of “Shaping a Healthy Global QIST Ecosystem.” The panel examined the ideals of openness, transparency, honesty, equity, fair competition, objectivity, and democratic values that underlie each country’s QIST approach. Identifying potential security concerns and safeguards for QIST investments, the significance of international standards, and the need to balance QIST enthusiasm with a realistic understanding of prospective opportunities were among the topics discussed. Participants also explored the relevance of reciprocal interactions in enhancing the value of cooperation, as well as efforts to promote diversity, equity, and inclusion.

President Biden issued a National Security Memorandum (NSM) on Quantum Computing earlier this week. The NSM established a Presidential policy for promoting and preserving quantum technology, as well as reducing the economic and national security concerns that future quantum computers may bring. The NSM emphasized the importance of sustained international collaboration to create a healthy, fair, and competitive market that fosters scientific and economic prospects.

About the meeting title: As the number of qubits (which make up a quantum computer) doubles in size, a property called quantum entanglement enhances the power of quantum information processing. “2N vs. 2N” refers to this exponential increase in performance when qubits are entangled.  We strive in collaboration to create a whole that is more than the sum of its parts. Accordingly, the theme for this meeting was to continue prior discussions beyond one-to-one conversations and set the stage for continuing multi-country engagements.