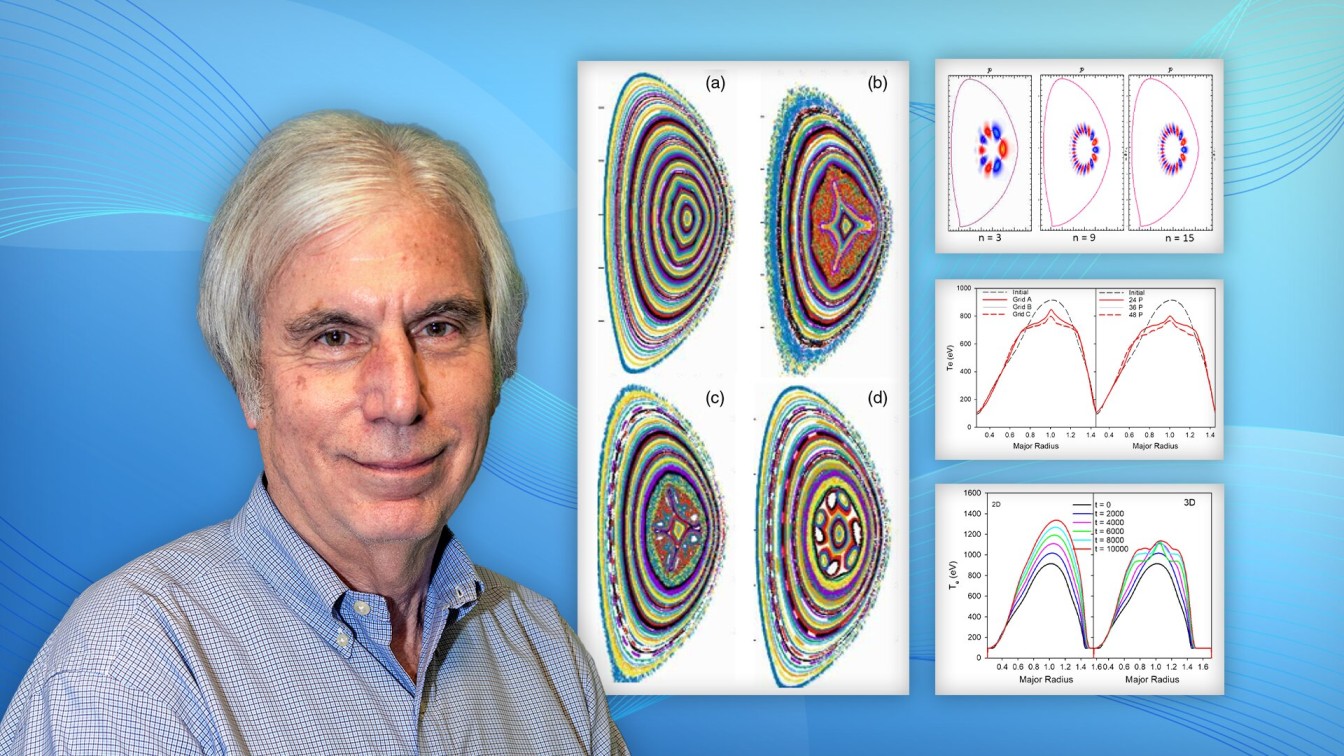 The paradox startled scientists at the U.S Department of Energy’s (DOE) Princeton Plasma Physics Laboratory (PPPL) more than a dozen years ago. The more heat they beamed into a spherical tokamak, a magnetic facility designed to reproduce the fusion energy that powers the sun and stars, the less the central temperature increased.

“Normally, the more beam power you put in, the higher the temperature gets,” said Stephen Jardin, head of the theory and computational science group that performed the calculations, and lead author of a proposed explanation published in Physical Review Letters. “So this was a big mystery: Why does this happen?”

Solving the mystery could contribute to efforts around the world to create and control fusion on Earth to produce a virtually inexhaustible source of safe, clean and carbon-free energy to generate electricity while fighting climate change. Fusion combines light elements in the form of plasma to release massive amounts of energy.

Through recent high-resolution computer simulations, Jardin and colleagues showed what can cause the temperature to stay flat or even decrease in the center of the plasma that fuels fusion reactions, even as more heating power is beamed in. Increasing the power also raises pressure in the plasma to the point where the plasma becomes unstable and the plasma motion flattens out the temperature, they found.

“These simulations likely explain an experimental observation made over 12 years ago,” Jardin said. “The results indicate that when designing and operating spherical tokamak experiments, care must be taken to ensure that the plasma pressure does not exceed certain critical values at certain locations in the [facility],” he said. “And we now have a way of quantifying these values through computer simulations.”

The researchers simulated past experiments on the National Spherical Torus Experiment (NSTX), the flagship fusion facility at PPPL that has since been upgraded, and where the puzzling plasma behavior had been observed. The results largely paralleled those found on the NSTX experiments.

“Through NSTX we got the data and through a DOE program called SciDAC [Scientific Discovery through Advanced Computing] we developed the computer code that we used,

“The SciDAC program was absolutely instrumental in developing the code.”

The discovered mechanism caused heightened pressure at certain locations to break up the nested magnetic surfaces formed by the magnetic fields that wrap around the tokamak to confine the plasma. The breakup flattened the temperature of the electrons inside the plasma and thereby kept the temperature in the center of the hot, charged gas from rising to fusion-relevant levels.

“So what we now think is that when raising the injected beam power you’re also increasing the plasma pressure, and you get to a certain point where the pressure starts destroying the magnetic surfaces near the center of the tokamak,” Jardin said, “and that’s why the temperature stops going up.”

Jardin plans to continue investigating the process to better understand the destruction of magnetic surfaces and why it appears more likely in spherical than conventional tokamaks. He has also been invited to present his findings to the annual meeting of the American Physical Society-Division of Plasma Physics (APS-DPP) in October, where early career scientists could be recruited to take up the issue and flesh out the details of the proposed mechanism.