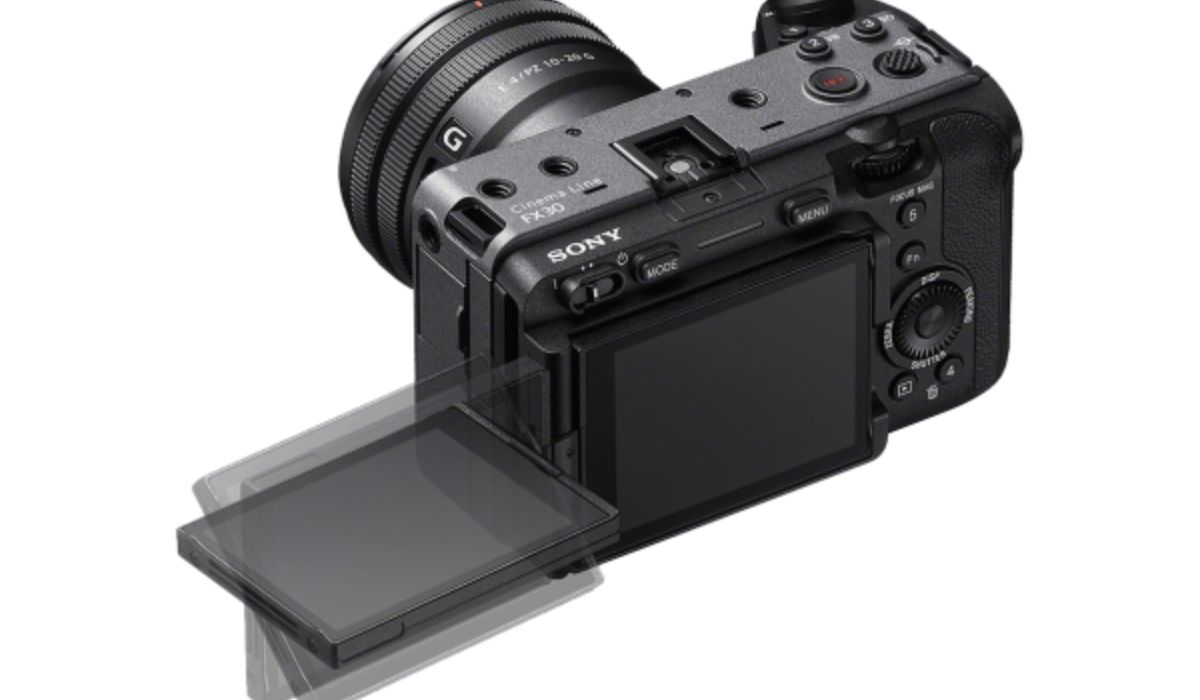 The new FX30 is a 4K Super 35 compact cinema camera that offers many professional features of the Cinema Line, such as Dual Base ISO, Log shooting modes, and user imported LUTs (Look Up Tables) at a price point that appeals to many aspiring filmmakers.

Cinema Line is a series of cameras that have a cinematic look – cultivated from Sony’s long experience in digital cinema production – plus enhanced operability and reliability that respond to the wide variety of creators’ high demands. Cinema Line includes the flagship digital cinema cameras VENICE and VENICE 2, highly acclaimed in the feature and episodic production industry, the professional camera FX9, which is popular for documentary and drama production and the FX6, for run-and-gun action and content creation. With the addition of the FX30, Sony offers a true line up of versatile creative tools for all types of visual storytellers.

“The new FX30 is a great fit for anyone looking to get started in filmmaking,” said Yasufumi Machitani, Director, Digital Imaging Division, Sony Electronics Asia Pacific. “It features many of the professional features of our high-end cameras at a price point that makes it easily accessible for filmmakers at any level. This camera is an excellent starting point to our full line-up of Cinema Line Cameras.”

The FX30 offers up-and-coming filmmakers’ cinematic expression with the latest imaging systems. It features a new back-illuminated 20.1 megapixels APS-C Exmor R™ CMOS sensor (Super 35 format) with a dual base ISO (800/2500) to deliver high sensitivity, low noise, and 14+ stops of latitude.
The ILME-FX30 supports a variety of video recording codecs. It can shoot 4K Super 35 (16:9) by oversampling from 6K at up to 60fps. The ILME-FX30B also features the ability to shoot in high frame rates, including 4K at 120fps and full HD at 240fps. 16:9 recording modes can shoot at 10-bit 4:2:2 while an HDMI Type-A connector can be used to output 4K, 16-bit RAW to an external recorder.
Like the rest of the Cinema Line, the FX30 features Log shooting modes by enabling Cine El, Cine El Quick, and Flexible ISO modes for recording with the S-Log3 gamma curve, which allows more flexibility when color grading. All three modes allow video shooting while monitoring with an appropriate LUT to preview the final image. In addition, the FX30 includes a selection of built-in cinematic looks, such as Sony’s S-Cinetone™, and can shoot single stills. The camera offers advanced image processing capabilities with the BIONZ XR processing engine for natural gradations and realistic color reproduction.

Designed to Support the Creators’ Needs

The FX30 features Sony’s fast and reliable autofocus, with settings including:

Creatives also have more control when using the Focus Map, which makes it easy to visualize depth of field, and Breathing Compensation offers a stable angle of view when focusing. The camera also includes effective stabilization for run and gun shoots using Active Mode thanks to the optical in-body 5-axis image stabilization and time code sync.

The FX30 incorporates other features that retain the spirit of the Cinema Line, including:

The FX30 also includes added functionality to assist with the creative workflow, such as post-production editing using embedded LUT, and EI metadata. This metadata is available using the latest version of Sony’s Catalyst Prepare or Catalyst Browse applications. A new “Catalyst Prepare Plugin” for Adobe Premiere Pro was released in August.

Compact and lightweight, the FX30 has a flat-top design with threaded accessory attachment points, making it easy to use for shooting handheld, capturing low-angle shots, mounting on a gimbal, or adding accessories. The FX30 also features an XLR handle unit, which can be used to capture low-angle shots and also allows filmmakers to capture crystal clear audio through various audio inputs, including two XLR audio inputs and a 3.5 mm stereo mini jack for 4-channel recording. External microphones can be connected directly to the camera via the Multi Interface Shoe or microphone jack. The FX30 also features an internal stereo microphone for audio recording.

The new FX30 is an ideal choice for filmmakers that are actively working on or considering an entry into the Sony Future Filmmaker Awards, a major new annual awards program for short films. Sponsored by Sony and free to enter, the Awards set out to elevate original voices from around the globe with a fresh perspective on storytelling. For more information, please visit: www.sonyfuturefilmmakerawards.com/

The FX30 comes with an option to purchase with or without the XLR handle.

The new FX30B, (supplied without the XLR handle) will also be available in late October for approximately $1,800 USD and $ 2,400 CAD. It will be sold at a variety of Sony’s authorized dealers throughout North America.

The FX30 will also be compatible with the new version of Camera Remote SDK (Version 1.06), a development kit for software that enables remote operation and configuration changes.

The compact and high-performance CFexpress Type A memory card CEA-G320T will be available in October for approximately $650 USD and $850 CAD (CEA-G320T), while the CFexpress Type A memory card CEA-G640T will be available in December for approximately $1,250 USD and $1,630 CAD. In addition to the existing 80GB and 160GB cards, large capacity 320GB and 640GB cards will be added to the series.

These large capacity cards support high-speed performance with a maximum writing speed of up to 700MB/s and Video Performance Guarantee “VPG400”, which offers sustained writing speeds of up to 400MB/s, and enables 4K 120p high bit rate video shooting.

The new large capacity cards have achieved TOUGH specification, which means they have been certified to be waterproof, dustproof, and robust enough to support stable long-term shooting in various environments.