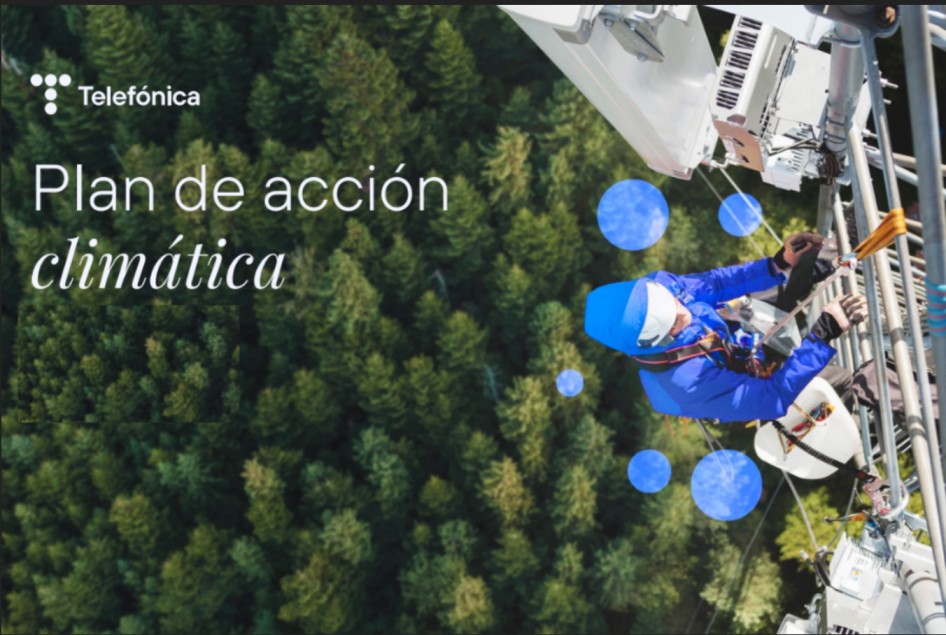 Telefonica Becomes First Telco In The World With Net-Zero Targets Validated By SBTi.

• The company commits to achieving zero net greenhouse gas emissions across the value chain by 2040.
• Telefónica is ahead of the 2050 target of net zero emissions proposed by the United Nations.
• The telco publishes its first Climate Action Plan with its operational, value chain, commercial, financial and governance roadmap.

Telefónica is the first telco in the world to obtain validation from the Science Based Targets (SBTi) initiative, according to the new ‘Net-Zero Standard’, of its net zero environmental targets, both in the short, medium and long term. The company thus confirms that its decarbonization pathway is aligned with science.

Telefónica is committed to achieving net zero Greenhouse Gas (GHG) emissions across the value chain by 2040, which means an effective reduction of at least 90% of all its emissions (direct and indirect) and neutralising the remaining emissions (less than 10%) through high quality carbon credits.

as per telefonica press release

Telefónica is ahead of the 2050 net zero emissions target proposed by the United Nations and the Paris Agreement.

“Protecting the environment is a top priority for Telefónica, which is why we are working to curb climate change and reverse biodiversity loss. The fact that our emissions reduction targets are validated by SBTi according to the new ‘Net-Zero Standard’ demonstrates the company’s commitment to leading the energy and digital transition as they go hand in hand to build a greener future for all,”

The SBTi is calling on companies around the world to align with its ‘Net-Zero Standard’ to accelerate immediate corporate emissions reductions. As of today, there are only 34 companies with approved net-zero targets, including Telefónica.

The Science Based Targets (SBTi) initiative is a global body, in partnership with CDP, the UN Global Compact, the World Resources Institute (WRI) and the World Wide Fund for Nature (WWF) and one of the commitments of the We Mean Business Coalition, which enables companies to set ambitious emissions reduction targets in line with the latest climate science. It aims to accelerate businesses around the world to halve their emissions by 2030 and achieve net emissions by 2050.

To ensure compliance with emission reduction targets, Telefónica has integrated them into its governance model through its Climate Action Plan, which defines how its existing assets, operations and business model are aligned with the most ambitious scientific climate recommendations.

It quantifies the company’s GHG emissions and defines its objectives and specific actions, with associated KPIs, both for the operational model and for its business and financial models, as well as in its cooperation with customers and suppliers and with society as a whole.

On its route to Net Zero, it is essential to continue to optimise its internal processes, collaborate with suppliers and promote the circular economy, help decarbonise its customers’ activity, align environmental and financial sustainability, be transparent and involve everyone.