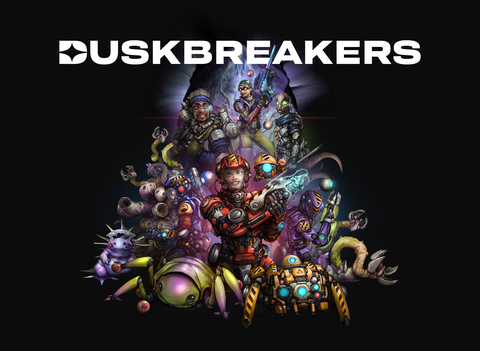 “Building immersive digital experiences has always been a passion of mine, and after stepping away from Twitch to explore what’s next in the industry, I truly believe blockchain will open the door to even more possibilities and have a major impact in the gaming, storytelling and community building space,” said Kevin Lin, CEO of Metatheory. “At Metatheory, we’ve built a team of industry vets who are focused on embracing blockchain across multiple media categories with a focus on elevating standards of customer experience and shared ownership.”

Metatheory is leveraging the gaming space as its first creative canvas into the Web3 world, with a heavy focus on building franchises with strong IP that live beyond the games themselves.

“Metatheory is redefining how games and stories are told from the bottom up using web3 primitives, and we couldn’t be more excited to partner with CEO Kevin Lin, a proven leader and company builder,

“Kevin Lin is one of the most experienced founders in creating digital communities and has done so already with the DuskBreakers NFT collection. We’re thrilled to support him in taking the project to the next stage as a live game,”

“We strongly believe in Kevin Lin’s vision for the future gaming and creating franchise IP that will live beyond its gaming roots and expand into multi-platform universes,” said Paul Veradittakit, General Partner at Pantera Capital. “Kevin’s successful track record combined with the experienced and talented team behind Metatheory, has us really excited to partner on this opportunity to push forward on Web3-enabled gaming.”

Metatheory’s first game franchise DuskBreakers, which was released in December 2021 with world art designed by Geersart, former Lead Illustrator at Twitch, is a sci-fi-inspired metaverse and gaming experience powered by blockchain. DuskBreakers launched with an innovative free-to-play “Play-to-Mint” game that led to a sellout of 10,000 NFTS (the Genesis DuskBreakers) in just six days.

DuskBreakers is a vast Sci-Fi web3 game franchise. In the year 2080, with humanity at the brink of devastation, a mysterious spacecraft known as the Dusk appears. Technologically enhanced humans known as “DuskBreakers” embark on dangerous missions aboard the massive ship to mine life-changing technological materials to better the future of humanity.

The genesis NFTs each represent one of the first 10,000 recruited “Breakers” who spend their days exploring a massive, dormant alien spaceship – “The Dusk” – hovering above the earth. On the Dusk, Breakers seek valuable “Duskite” materials while fending off the extraterrestrial creatures roaming the ship. The choices the Breakers make as a community will irrevocably change the course of history across an exciting new alternate universe, unfolding across NFTs, comics, animations, and video games.

In January 2022, Metatheory released DuskBreakers second free-to-play minigame, “Beast Battler,” centered around boss battling in the same environment as the first minigame. Additional NFT drops, games and content are set to release throughout the year and beyond, with a full free-to-play game with Play-and-Earn mechanics scheduled for launch in Q4.