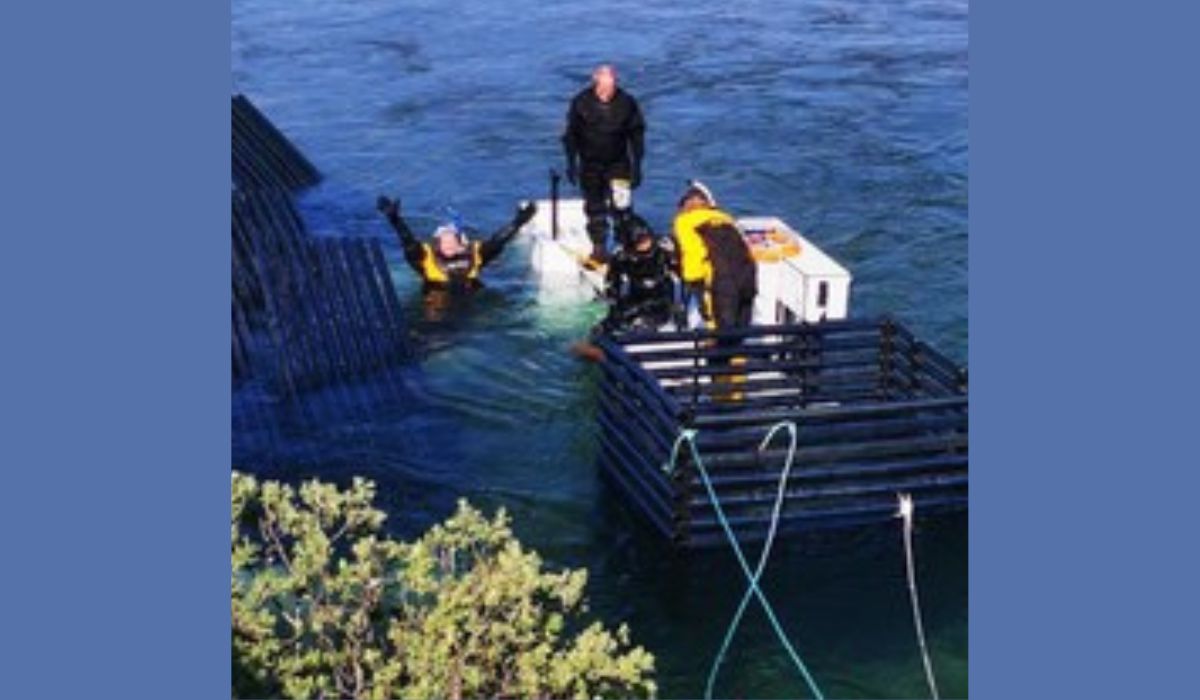 An automated filter system can identify and filter out invasive Pacific salmon to prevent them from overwhelming and wiping out Norway’s wild Atlantic salmon.

Pacific salmon – also known as humpback salmon – were introduced into Russia’s White Sea in the 1950s. Quickly making their way down Norway’s coast, they began wreaking havoc on the local ecosystem. Alongside introducing new diseases, the invader’s rapid reproduction cycle and aggressive competition for food threatens to overwhelm Atlantic salmon in hundreds of rivers along Norway’s coastline.

In June 2022 under Huawei’s TECH4ALL initiative, Huawei and BJFF deployed the filtering system to prevent Pacific salmon from entering the upstream channel of Norway’s river system. A mechanical gate allows local Atlantic salmon and Arctic red-spotted salmon to continue upstream to complete their migratory spawning process. The invasive species is diverted to a holding tank for subsequent removal.

“This is a unique innovation, both in Norway and globally. With this high-tech solution, we have complete control of the river. Local river managers and local and central administrations along the coast have also shown great interest in the project,”

The demand for a solution was urgent, and one shared by the community, government departments, regulators, river owners, and the aquaculture industry – wild Atlantic salmon are an integral part of Norway’s identity, culture, and economy. In recent years, however, the number of Pacific salmon caught in Norway’s rivers by sports anglers has skyrocketed. In 2019, 13,900 were caught, jumping to a record-breaking 111,700 in 2021 – 57% of all salmon caught in Norway. While almost all were in Troms and Finnmark, Pacific salmon catches have been recorded in every county.

In contrast, numbers of the native wild salmon have declined by a quarter from peak levels. The invasive species is largely responsible, with escaped and less genetically diverse farmed salmon exacerbating the problem by weakening the Atlantic salmon’s genome after interbreeding.

“Norway’s wild salmon are threatened by other species, including humpback salmon and escaped farmed salmon. The monitoring system using AI is helping to stop this and enable future-proof river management,”

“Installing a diversion system in a turbulent river is an extremely challenging task. I was impressed with the efforts of our partners, BJFF, and the local community. Here, people aspire to prove the role that good management has in saving rivers from environmental disasters,”

As a world first, the solution had to be designed from scratch. In early 2021, algorithms were designed based on Huawei’s machine vision technology to identify different fish species. Then in July 2021, Huawei and BJFF deployed a monitoring station equipped with an underwater camera in Storelva River. Providing a continuous video stream, the hardware coupled with the algorithm identifies Atlantic salmon with an accuracy of 91% and cuts manual labor requirements by 90%. Traditional methods are labor-intensive, relying on volunteers to stand in the river and identify Pacific salmon with the naked eye, mainly by the spots on their tails. This makes it hard to quantify the threat – many fish are missed and their sex is impossible to determine.

The next step is to deploy the solution in Norway’s salmon farms to reduce the environmental harm caused by escaped farmed fish.