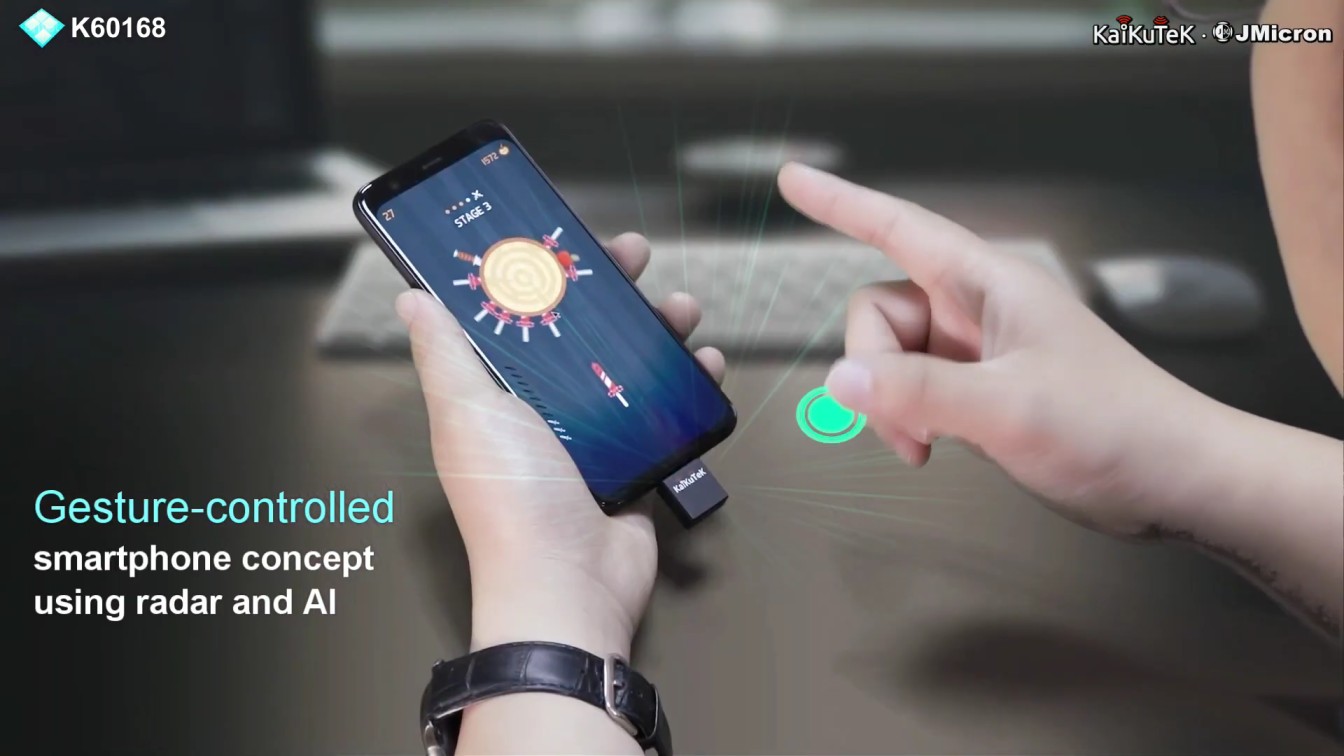 New contactless gesture recognition system by KaiKuTek to fundamentally change the way we interact with the world.

TAIPEI, July 29, 2022 – A wholly-owned subsidiary of JMicron Technology Crop. Taiwanese startup, KaiKuTeK Inc., is revolutionizing a post-pandemic world with a game-changing innovation that meets the needs of a low-touch economy. KaiKuTeK has unveiled the world’s first contactless gesture recognition system at CES 2022.

The unique solution of KaiKuTeK promises many real-world consumer product applications, including smart watch, AR glass, smart home, and more — directly impacting and benefiting consumers’ lives no matter where they are around the world.

S. Tony Lin, Vice Present of Sales and Marketing of KaiKuTek, said: “This innovative solution will make the future more reality. The K60168 will, for the first time, enables a new world of AI-enabled machine user interaction applicable to any field, from gaming to automotive, avionics or the home.

We believe we are initiating millimetre-wave gesture recognition solutions and look forward to working with industry partners to unveil more dynamic, life-changing solutions beyond CES 2022.”

KaiKuTeK’s exhibition at CES 2022 demonstrated the functionality of K60168 in several end-products. Including wearables like headsets and TWS (True Wireless Stereo) and AIoT devices (artificial intelligence of things) such as a smart light bar and a smart parking meter system, among others.