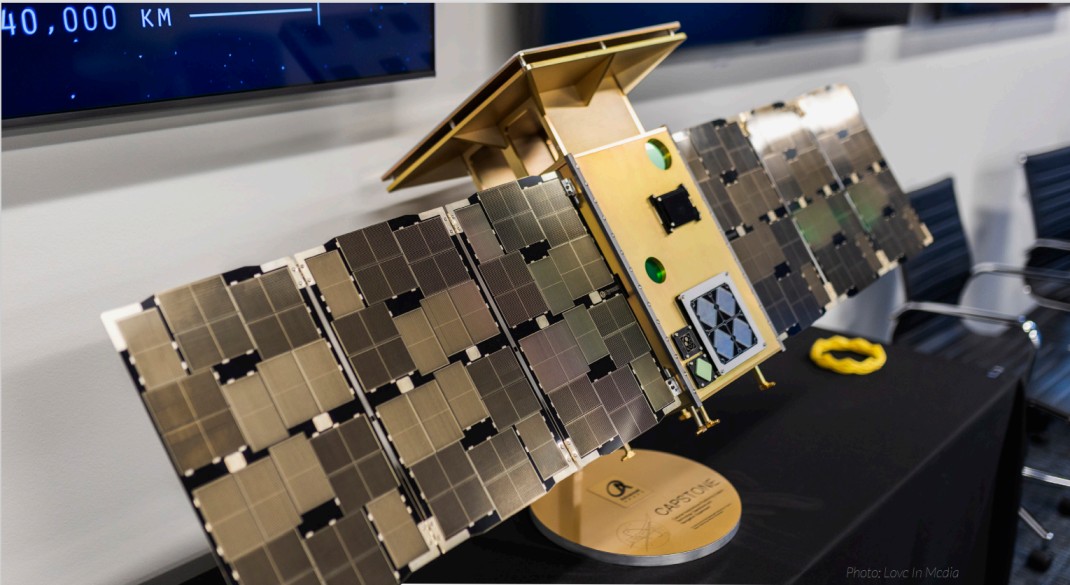 Advanced Space and Terran Orbital teams will take over operations for CAPSTONE as the spacecraft bids farewell to its ride from Rocket Lab. CAPSTONE™ is owned and operated by Advanced Space on behalf of NASA. It will be one of the first CubeSats, or small satellites, to fly in cislunar space – the orbital area near and around the Moon – and demonstrate an innovative spacecraft-to-spacecraft navigation technology.

Advanced Space, LLC in Westminster, Colorado owns and operates the Cislunar Autonomous Positioning System Technology Operations and Navigation Experiment, CAPSTONE™ mission. CAPSTONE is made possible by small business collaboration across the country. CAPSTONE, a NASA-supported mission, is a small satellite, or CubeSat, that will be the first spacecraft to test a unique, elliptical lunar orbit that will support NASA’s Moon missions under Artemis.

“Our Advanced Space team has been prepared and ready to manage and navigate the CAPSTONE mission for months,” stated Thomas Gardner, Advanced Space director of engineering and the CAPSTONE program manager. “I have been in the industry for over 40 years, and to see a spacecraft of this size perform this type of lunar mission demonstrates how technological advancements have made possible this class of mission to succeed. It is extraordinary to contribute to the industry in this groundbreaking manner.”

The microwave-sized spacecraft, built and designed by Terran Orbital, will now use its own propulsion and the Sun’s gravity to reach the Near Rectilinear Halo Orbit (NRHO) around the Moon. The NRHO is the orbit planned for NASA’s Gateway, a lunar space station that is part of the Artemis Program.

“Getting to this point, we have learned a tremendous amount already, and the time has come to execute our unique expertise for this monumental Moon mission for NASA,” said Bradley Cheetham, Advanced Space chief executive officer and CAPSTONE principal investigator. “Over eleven years ago, we started Advanced Space with a purpose to enable the sustainable exploration, development, and settlement of space. CAPSTONE represents the manifestation of our focus on building programs and technologies that will enable this vision for the future.”

CAPSTONE’s primary mission is to pioneer a new and challenging lunar orbit to help inform future operations for NASA’s new lunar space station, Gateway, as part of the Artemis program. The secondary objective is to test and demonstrate the cis-lunar autonomous positioning system, CAPS™, technology which will enable navigation services for the Moon using one to two satellites instead of using 20+ satellites for Earth based GPS. Several Commercial and Civil spacecraft are expected to arrive at the Moon in the next few years. However, there are only a few massive dishes that have the signal strength to reach the Moon. CAPS™ will reduce the amount of calls that need to be sent back home to Earth.

Critical partners in the CAPSTONE mission include:

► Launch on June 28, 2022
► 6 days after launch is separation from the launch
vehicle and CAPSTONE will head to the Moon
► 4 months of flight from launch and transfer to arrival
at the Moon
► 6 months of primary operations to complete
objectives
► 12+ months of enhanced mission lifetime dependent
on fuel reserves, new objectives/operations plan, and
other circumstances.

In DNA, scientists find solution to building superconductor that could transform technology