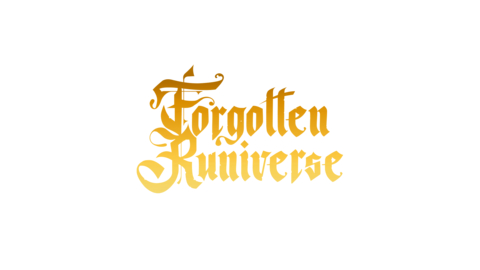 LOS ANGELES & AUSTIN, Texas, June 20, 2022 – Game developer and publisher Bisonic Inc, along with Austin and Los Angeles-based Magic Machine, have launched the first playable demo for Bisonic’s upcoming web3 MMORPG (Massive Multiplayer Online Role-Playing Game) Forgotten Runiverse, based on Magic Machine’s Forgotten Runes Wizard’s Cult, a collection of ten thousand pixelated Wizards on the Ethereum blockchain, and backed by investment partners led by experienced crypto funds Dialectic and Seven Seven Six. The first playable of the web3 interactive fantasy game allows players to get an early look at the massive world for the game, and explore the game’s different regions while on a hunt for a mysterious set of frogs hidden about the Runiverse. Players who locate frogs within the game will see themselves rewarded with in-game power-ups, and eventually an improved spot on the allow list for the game’s upcoming land sale. To participate, players should first sign up for the allow list at https://www.premint.xyz/forgotten-runiverse/, then hop in-game at http://game.runiverse.world/ and connect their Metamask wallet to begin the hunt. The scavenger hunt and preview game build will be live from June 20 at 10 am PT until June 24 at 1 pm PT.

Originally planned for this June, the virtual world’s first land sale will now occur at a later date, and the developer promises to allow players to visit and build on their land as soon as it is minted.

“Our team took a look at the landscape and decided that what’s really important to us is ensuring the community is happy with the experience they have with this game. Forgotten Runiverse, and the experience we’re building in it is meant for the long haul, and it became clear that it’s important to not only tell people what we’re building but to let them experience it themselves. That’s why we’re excited to have the first playable of the world live today and to reward those members of the community who take the time to truly explore it. We could have launched our mint today, but it’s important to us that the community really gets value out of their participation in the world, so we’re holding off until we can let them really dig into the game and make use of the land that they mint right away,”

“We love what the Bisonic team is building and are happy that we have this opportunity to keep rewarding the Cult with amazing experiences that add value to their participation in the Forgotten Runes community. There are some crazy talented artists and developers building this game and we’ve been chomping at the bit to really show off more of it. This is a really satisfying day for us, and we hope for our Cult as well. It’s just so appropriate that this digital space for the Cult is coming the same day that we’re bringing some of the cults together at our NFT.NYC party to experience what the Runiverse is all about as well,”

At the game’s full release, land in Forgotten Runiverse will be a hub for a variety of games and experiences including mining resources, crafting items, ownership of land, socializing, epic quests, battles, and more. In the game’s “create-to-earn” economy, every item is an NFT and every resource is a token.

Tokenized land plots will be available in various sizes upon which landowners can build an array of structures including customizable homes, guildhalls, mines, workshops, forges, galleries, battle arenas, and more. While non-property owners can enjoy a full game experience, ownership of land brings additional layers of utility, differentiating the Runiverse from other metaverse land tokens. Players can generate fees based on services provided on the property, rent land to other users, harvest resources, and host events like skills competitions, mini-game nights, poetry readings, and concerts. The unique blockchain-based economy allows rich characters to be created in a democratized setting with diverse PvE and PvP gameplay.

Forgotten Runes Wizard’s Cult is a decentralized world-building project built on blockchain technology. Token holders own their unique characters and bring fantasy role-playing to a whole new level of authenticity. Through a brand new model of decentralized IP ownership, the project is being expressed in a vast array of media. Highlights over the past few months include the community-owned “Book of Lore” (on-chain lore scribing), a TV development deal with Titmouse animation (Midnight Gospel), a metaverse video game, production of a 10 comic mini-series, a DAO, and a team-up with Coinbase NFT for exclusive drops.

For information about the first playable build visit www.runiverse.world/guide-to-our-first-playable-pre-alpha-build

FRWC is a decentralized approach to building a media franchise. The entire world and all the characters in it are community-owned. The first character collection was composed of 10,000 unique Wizard NFTs. The token holders in the community not only own the Wizard’s image, but also the rights to develop that character’s lore and biography. This creative output from an ever-growing community is then put into larger media expressions like TV, film, comics, and more.