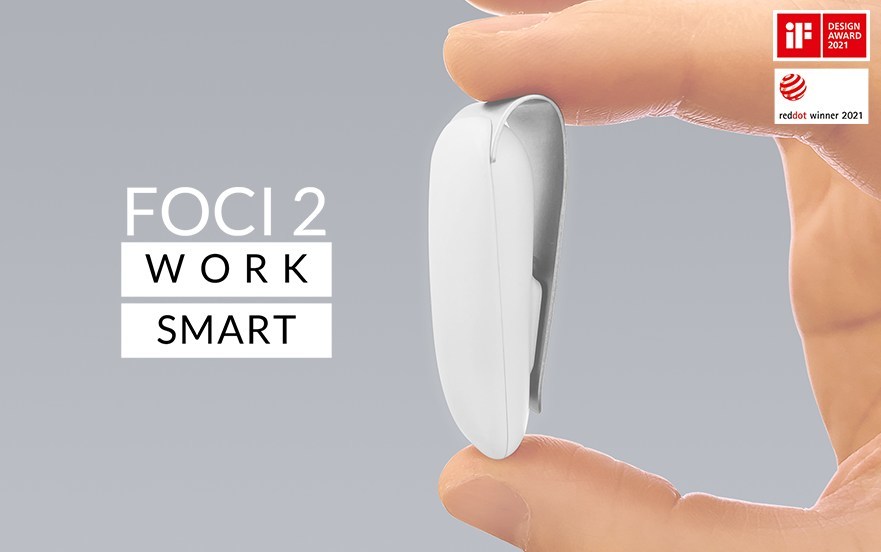 CAMBRIDGE, England, Dec. 31, 2021 – Tinylogics has released FOCI 2, their award-winning productivity wearable in its second version. It was funded in less than an hour and is currently the most popular Kickstarter project. FOCI 2 provides advance warning on suboptimal work states such as weariness and distraction, with productivity tracking that rivals electroencephalogram (EEG) in two days of machine learning to personalize to the wearer’s breathing pattern. Wearers can then adjust to a better working state thanks to biofeedback training.

Pre-orders are now available on Kickstarter, and backers are expected to receive their products in April of this year. Launch prices start from $79 with limited discounts of over 40% off MSRP for the first backers.

“Work smart, play hard – is what it’s really about” said Mick Adams at FOCI. “It is not how hard you work. Back in school, we saw so many hard workers who didn’t do as well as they should. The leverage of working smart is even more evident in the workplace. Technology and tools are the game changer of how we excel and … revel!”

The sophistication in productivity tracking dwarfs all traditional methods such as timesheets, etc.

In the past, users typically relied on productivity tools such as Pomodoro and apps to block out distractions.

Now, FOCI sends real-time tactile feedback to users when they are distracted or fatigued. This allows users to adjust their states in time. Users can customize 5 types of alerts to their preference.

FOCI 2 has won this year’s iF DESIGN AWARD and Red Dot Design Award. It convinced the international jury for its cutting-edge machine learning and biofeedback technology, ergonomic design, and its social relevance to improving people’s productivity, for their daily learning and work.

The original FOCI 1 started off as a Cambridge University e-tech project in 2017. For more information, go to www.fociai.com