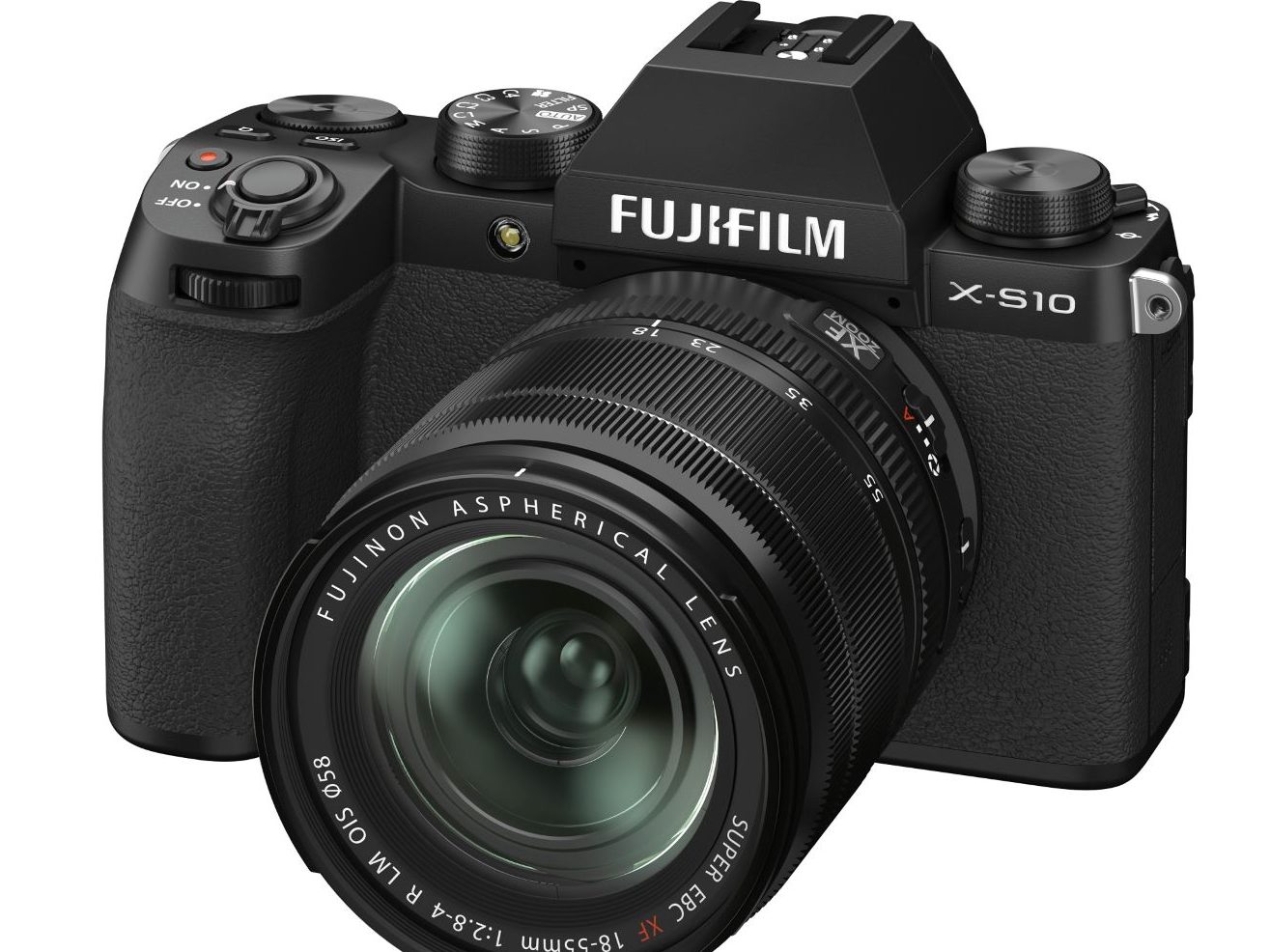 These cameras are known for their compact and lightweight body and superior image quality based on the company’s proprietary color reproduction technology.

The camera has some high-end features which only are available in more expensive pro cameras like the 6.0 stops of five axis image stabilization mechanism. It has fast and accurate AF system that attains focus in as fast as 0.02 seconds, a large grip that makes it stable to hold the camera, and the high-performance auto-shooting function.

The X-S10 is a mirrorless digital camera that sports X Series’ advanced shooting functionality, while making it easier to take premium quality image.

It is lightweight weighing about 465gwhen measured using the supplied battery and memory card.

The X-Trans sensor is a APSC size sensor with 26.1 MP developed by Fujifilm for its cropped sensor cameras including the more popular X-T4 camera. Unlike most CMOS sensors which features Bayer filter array the X-Trans sensors have a unique 6 x 6 pattern of photosites.

Photosites are light collectors. They are at the heart of every digital camera, and the only light-sensitive element utilized in digital imaging. Fujifilm claims that this layout can minimize moiré effects, and in turn increase resolution by eliminating the need for a low-pass filter. Fujifilm claims that X-Trans sensors on the other hand have an improved colour reproduction due to all horizontal and vertical lines containing at least one R, G and B pixels.

X-S10 is equipped with the back-illuminated 26.1MP sensor “X-Trans™ CMOS 4” and the high-speed image processing engine “X-Processor 4,” both featured in the X Series’ flagship model, “FUJIFILM X-T4”, to achieve accurate and high-speed AF performance in as fast as 0.02 seconds.

The camera offers 6.0 stops of stabilization when used with 20 of the existing interchangeable lenses (XF/XC lenses) for the X Series.

Along with IBIS system, the camera also features a electronic image stabilization for video. It makes fine adjustments to framing in line with camera shakes to effectively control motion blurs that typically occur when shooting hand-held.

It features the vari-angle or flip out and rotate LCD screen for filming vlogs and self-portraits. It also has a larger grip for handheld stable shots. This makes the X-S10 best camera for vloggers under $1000

The build quality is magnesium frame with rubberized patches to better grip and lightweight makes this makes this camera a perfect travel camera.

The Mode Dial on the top panel has customizable positions C1 – C4, to which users can assign image quality, focusing and shooting settings. These user-defined presets helps for quick access for smooth shooting.

The X-S10 has the 2.36 million dot OLED viewfinder of the X-T30 with its 0.62x magnification. The resolution is comparable to rivals at this price, but the magnification a bit smaller. The viewfinder on the Sony A6400 delivers a bigger image with 0.7x magnification, and this is also a differentiator with the higher-end X-T4 who’s viewfinder is larger still at 0.75x and more detailed too with 3.69 million dots. The X-S10 can drive its EVF at 100fps if desired.