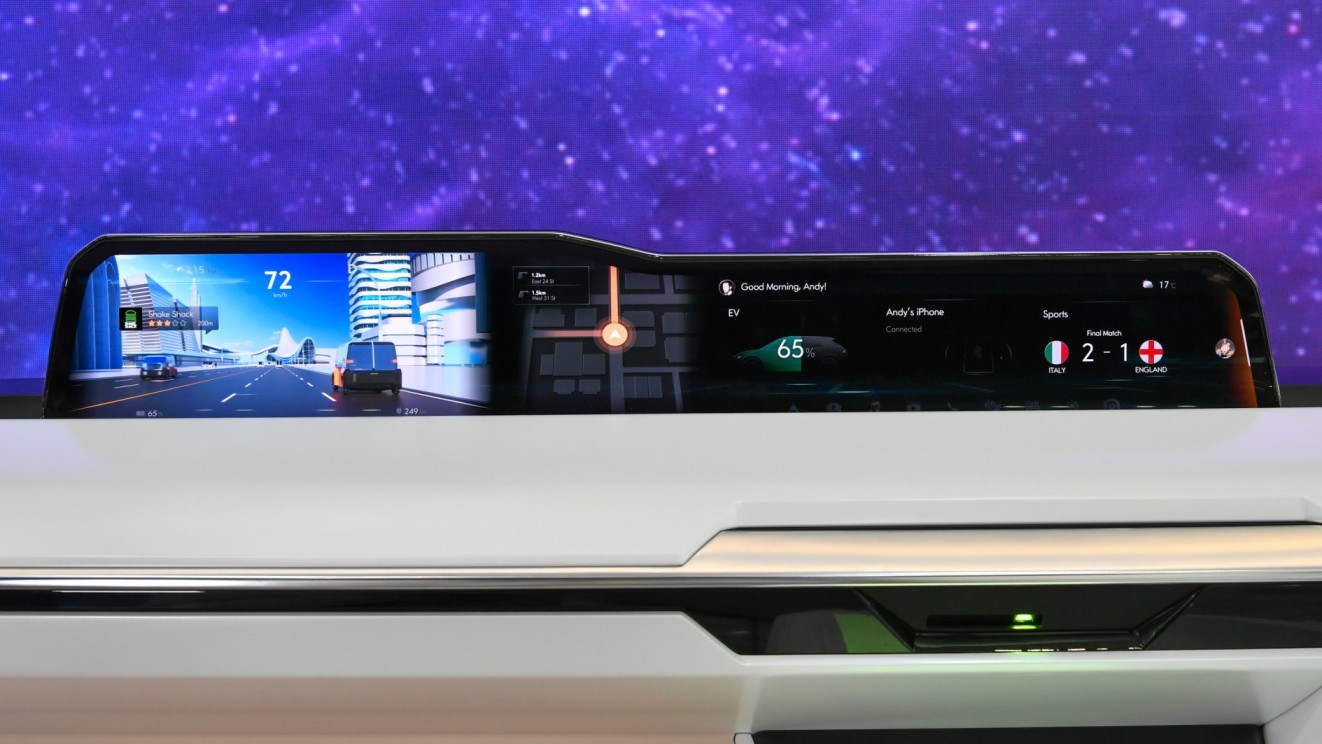 SEOUL, South Korea, May 23, 2022 – Hyundai Mobis (KRX: 012330) has developed the world’s first adjustable display technology for an integrated automotive cockpit system, as announced on 22. Optimized for autonomous vehicles, this new technology has adopted a new concept of an ultra-large, curved screen that is movable. It is also referred to as a swivel display because the screen can be moved both up and down.

This adjustable display features a 34″ ultra-large screen and is equipped with ultra-high resolution 6K OLED panels. At present, a 34″ automotive display is recognized as the largest among automotive screens as they face challenging quality conditions, such as durability and reliability. In particular, the company designed this super-sized display as a multi-curved screen that bends at three points from top to bottom. This structure not only provides better visibility for the user but it also adds to the overall aesthetic effect in terms of design.

Stretching from the driver seat to the passenger seat, it is capable of displaying a variety of content, including various driving and navigation information as well as music and videos, so you can enjoy personalized content on the full screen in an autonomous driving environment. You can also swivel the display toward the driver’s seat and use a small screen that shows only minimum information to enjoy the sense of openness.

Despite its ultra size, this display features just a single screen, meaning that you can watch a video, for example, on a full screen when the vehicle is engaged in autonomous driving. You can also control the content in several ways, including screen touch and gestures.

In the process of developing this new technology, Hyundai Mobis has filed ten patent applications both at home and abroad. It was not easy to develop a moving display that is supposed to be used in a running car. The company has applied for patents, for example, for swivel display arrangement technology, position control, and integrated cockpit design.

The technical know-how the company has built up as a major producer of cockpit modules, one of the three key automotive modules, has enabled Hyundai Mobis to develop this swivel display technology.