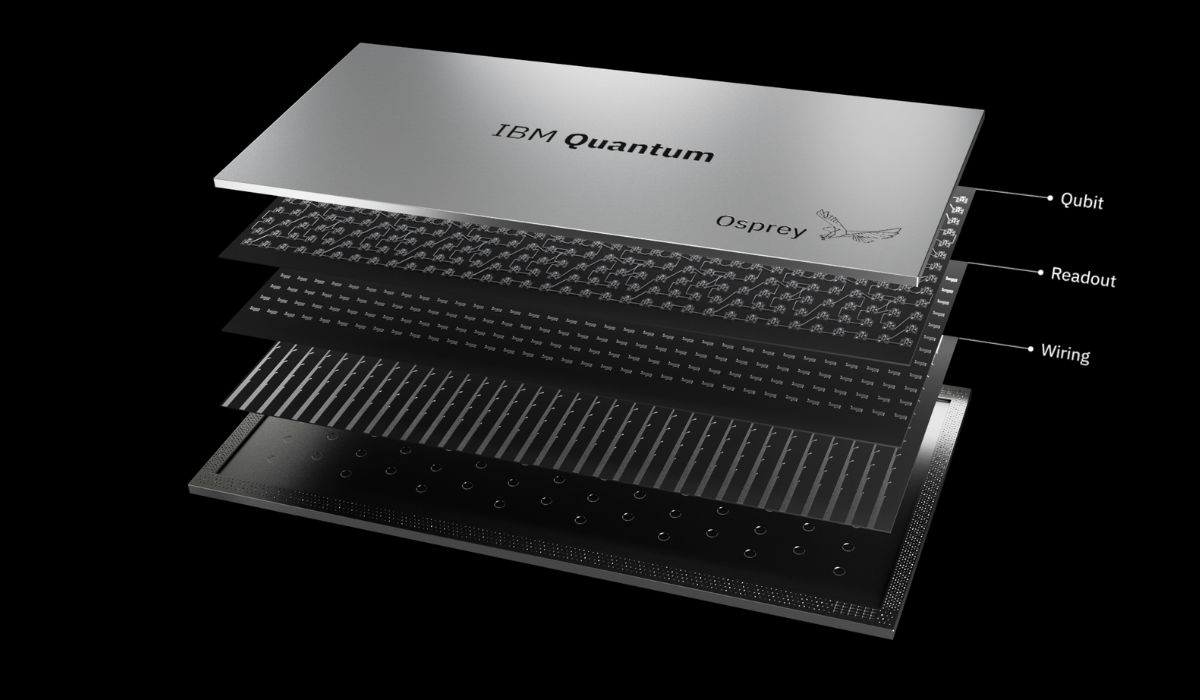 “The new 433 qubit ‘Osprey’ processor brings us a step closer to the point where quantum computers will be used to tackle previously unsolvable problems,” said Dr. Darío Gil, Senior Vice President, IBM and Director of Research. “We are continuously scaling up and advancing our quantum technology across hardware, software and classical integration to meet the biggest challenges of our time, in conjunction with our partners and clients worldwide. This work will prove foundational for the coming era of quantum-centric supercomputing.”

At the Summit, the company unveiled the following new developments:

IBM Osprey has the largest qubit count of any IBM quantum processor, more than tripling the 127 qubits on the IBM Eagle processor unveiled in 2021. This processor has the potential to run complex quantum computations well beyond the computational capability of any classical computer. For reference, the number of classical bits that would be necessary to represent a state on the IBM Osprey processor far exceeds the total number of atoms in the known universe.

Addressing noise in quantum computers continues to be an important factor in adoption of this technology. To simplify this, IBM released a beta update to Qiskit Runtime, which now includes allowing a user to trade speed for reduced error count with a simple option in the API. By abstracting the complexities of these features into the software layer, it will make it easier for users to incorporate quantum computing into their workflows and speed up the development of quantum applications.

As IBM Quantum systems scale up towards the stated goal of 4,000+ qubits by 2025 and beyond, they will go beyond the current capabilities of existing physical electronics. IBM updated the details of the new IBM Quantum System Two, a system designed to be modular and flexible, combining multiple processors into a single system with communication links. This system is targeted to be online by the end of 2023 and will be a building block of quantum-centric supercomputing — the next wave in quantum computing which scales by employing a modular architecture and quantum communication to increase its computational capacity, and which employs hybrid cloud middleware to seamlessly integrate quantum and classical workflows.

As quantum computers grow more powerful, it is crucial that technology providers take steps to protect their systems and data against a potential future quantum computer capable of decrypting today’s security standards. From offering the z16 system with quantum safe technology, to contributing algorithms in connection with the National Institute of Standards and Technology’s (NIST) goal for standardization by 2024, IBM offers technology and services with these security capabilities. At the Summit, IBM and Vodafone announced a collaboration to explore how to apply IBM’s quantum-safe cryptography across Vodafone’s technology infrastructure.

Growth of IBM Quantum Network: IBM also announced today that German conglomerate Bosch has joined the IBM Quantum Network to explore a variety of quantum use cases. Other recent additions to the network include multinational telco Vodafone to explore quantum computing and quantum-safe cryptography, French bank Crédit Mutuel Alliance Fédérale to explore use cases in financial services, and Swiss innovation campus uptownBasel to boost skill development and promote leading innovation projects on quantum and high-performance computing technology. These organizations are joining more than 200 organizations — and more than 450,000 users — with access to the world’s largest fleet of more than 20 quantum computers accessible over the cloud.

“The IBM Quantum Summit 2022 marks a pivotal moment in the evolution of the global quantum computing sector, as we advance along our quantum roadmap. As we continue to increase the scale of quantum systems and make them simpler to use, we will continue to see adoption and growth of the quantum industry,” said Jay Gambetta, IBM Fellow and VP of IBM Quantum. “Our breakthroughs define the next wave in quantum, which we call quantum-centric supercomputing, where modularity, communication, and middleware will contribute to enhanced scaling computation capacity, and integration of quantum and classical workflows.”