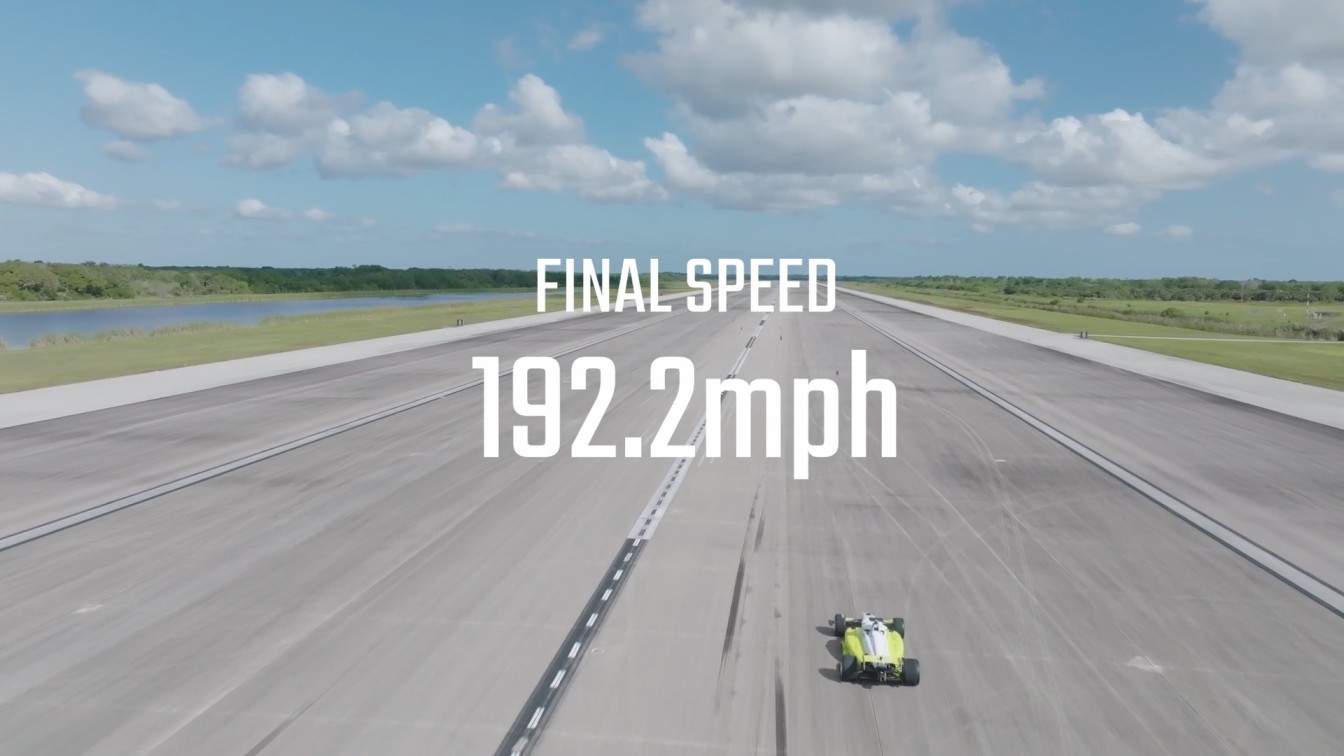 Operating the Dallara AV-21, PoliMOVE set out to push the limits of a boosted engine package during test runs yesterday at Space Florida’s Launch & Landing Facility at Kennedy Space Center. The upgraded engine package, capable of delivering 30% more horsepower than previous models, will be on all IAC racecars moving forward. Future competitions will be announced in the coming months.

“The Autonomous Challenge @ CES in January pushed our racecars to their limits and maxed out what was possible at the time,” said Paul Mitchell, president, Indy Autonomous Challenge. “Yet here we are just four months later, in another iconic venue, with an upgraded engine package setting yet another world record.”

“Congratulations to the PoliMOVE team for making the Dallara AV-21 the fastest autonomous racecar in the world,” said Andrea Pontremoli, CEO and general manager, Dallara. “This record run sets a new bar for the top speed capabilities of autonomous competition vehicles, and we are thrilled to be a part of this future. Dallara is also very proud to partner with leading software and engineering industries working together with the best universities of the world to contribute towards the development of fully autonomous transportation.”

Based in Indiana, the IAC is working to establish a hub for performance automation in the state and is harnessing the power of prize competitions to attract the best and the brightest minds from around the globe to further the state-of-the-art technology in safety and performance of automated vehicles. The call to action for this competition has been remarkable, with 41 university teams initially signing up to compete more than two years ago, representing top engineering and technology programs from 14 U.S. states and 11 countries.

“Yesterday we saw what the future holds for autonomous vehicles and credit goes to the entire PoliMOVE team, especially Dr. Brandon Dixon of the University of Alabama,” said Prof. Sergio Savaresi, team lead of Politecnico di Milano. “We were running a car operating on algorithms alone, where precision is paramount, and any small prediction error could have created a completely different outcome. This test run was exhilarating, and we are thrilled with the world record, but we’re also excited by the fact that this data will be made available to all, and the industry will benefit from our work and learnings.”

The primary goal of the IAC is to solve real-world problems by advancing technology that will speed the commercialization of fully autonomous vehicles and deployments of advanced driver-assistance systems (ADAS). Pushing Limits for the entire autonomous community and helping to increase safety and performance is of critical importance, not only in motorsports but across all modes of commercial transportation.