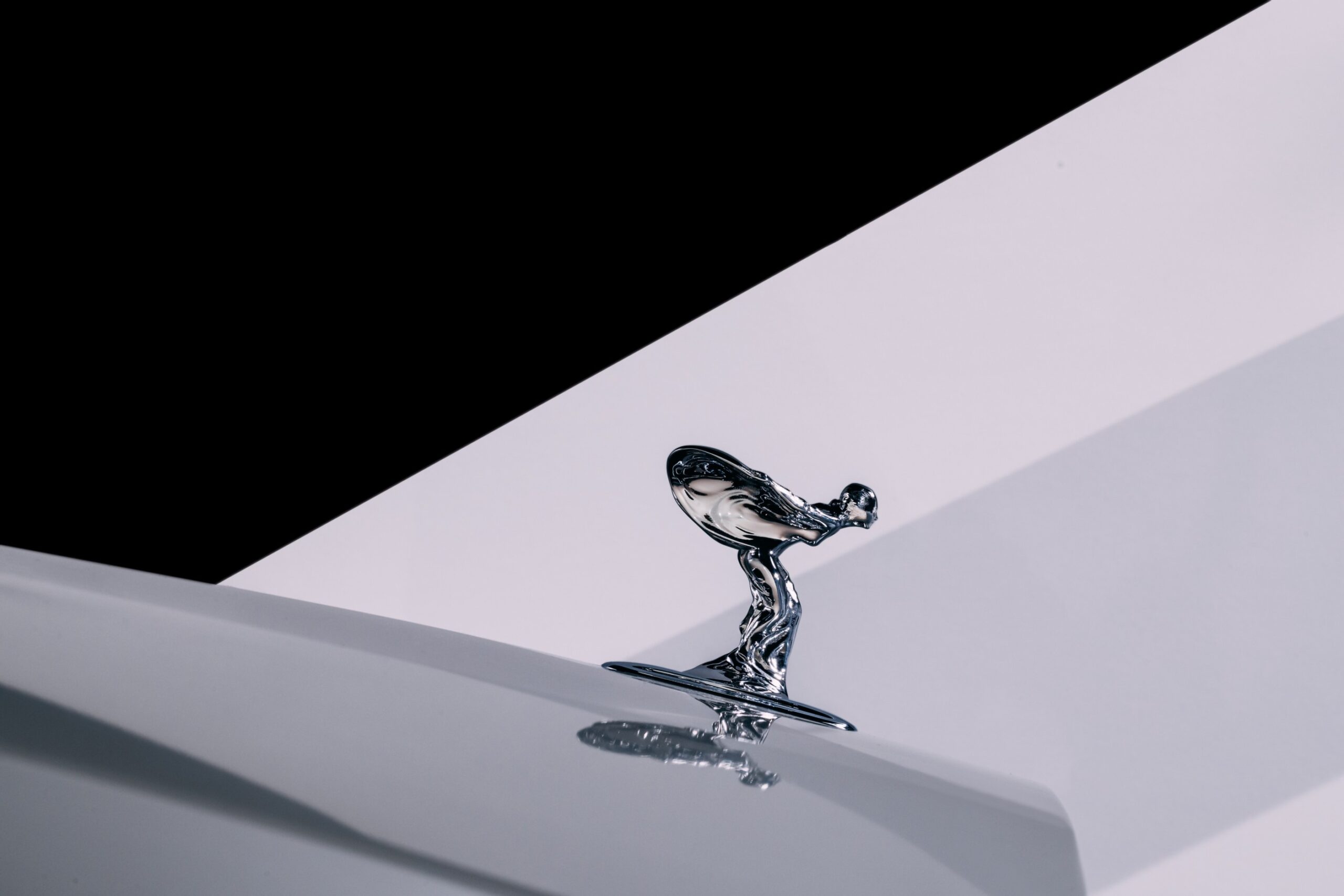 The Spirit of Ecstasy mascot, one of the most recognized trademarks ever designed, has graced Rolls-Royce automobiles for more than a century. Despite her enormous celebrity and global influence, portions of her narrative continue to be a source of conjecture, consternation, and controversy.

“The Spirit of Ecstasy is the most famous and desirable automotive mascot in the world. More than just a symbol, she is the embodiment of our brand, and a constant source of inspiration and pride for the marque and its clients. Like our brand, she has always moved with the times while staying true to her nature and character. In her new form she is more streamlined and graceful than ever before – the perfect emblem for the most aerodynamic Rolls-Royce ever created, and for gracing the prow of our bold electric future.”

“111 years ago today, the Spirit of Ecstasy became an official part of Rolls-Royce. Yet, she has come to represent a spiritual direction for our brand. Her form perfectly captures the marque – she leans forward, expressing our relentless pursuit of progress, and her dress gracefully flows in the wind, echoing the serenity of our products in motion. For Spectre and beyond, she becomes lower and more focussed; braced for unprecedented speed and the exciting future her presence will define.”

The figurine has been redesigned with a lower, more dynamic stance that more closely resembles the sketches created by her original creator, illustrator, and sculptor Charles Sykes, in the early twentieth century. Her physical form also serves as a representation of The Expression, a visual device that is part of the marque’s new visual language.

Her stance is the most noticeable alteration. She used to stand with her feet together, her legs straight, and her waist tilted. She’s a true goddess of speed now, braced against the wind, one leg forward, torso tucked low, eyes fixed on the road ahead. These improvements boost Spectre’s exceptional aerodynamic qualities in both practical and artistic ways. The early prototypes of the Spectre feature a drag coefficient (cd) of only 0.26, making it the most aerodynamic Rolls-Royce ever made. During the product’s extensive testing methods in 2022, the figure is predicted to improve.

This new expression captures the essence of Charles Sykes’ original drawings, but instead of being redrawn or redesigned,’ her new shape was digitally sculpted by a computer modeler at the Rolls-Royce Home who has a passion for life drawing and sculpture. Their knowledge of the industry helped them create the figurine’s exquisite, lifelike face features as well as her expression, which perfectly balances focus and tranquillity. The designers also sought advice from Goodwood stylists on her hair, clothes, stance, and attitude, giving her vitality and strong presence an authentically current aspect.

While all figurines are cast using one of the oldest known casting techniques, known as ‘lost wax casting’ or ‘cire-perdue,’ each is finished by hand and will vary slightly from one to the next. This subtle, ephemeral human aspect presents an intriguing contrast to the exact, highly built motor car she stands on, as well as continuing a long Rolls-Royce history – until 1939, the mascots were manufactured and polished by Charles Sykes himself.

Changes to the Spirit of Ecstasy have been made throughout her 111-year existence, albeit they are rather uncommon in the modern period. She’s been depicted in a variety of sizes and materials, as well as momentarily kneeling. The new design produced for Spectre will be utilized on all future models; however, the current design will be used on Phantom, Ghost, Wraith, Dawn, and Cullinan, as well as their Black Badge, alter egos, if applicable.

AN ARTISTIC EXPRESSION OF THE ICON

Similarly, the jury for the Spirit of Ecstasy Challenge has been revealed by Muse, the Rolls-Royce Art Programme. This first effort challenges the brightest and most daring young creatives to reinterpret the Spirit of Ecstasy icon in a context other than her current home on a Rolls-Royce motor car. These young artists will produce high-concept pieces that will surprise, delight, and inspire the audience.

A global panel of professional judges will choose a medium for the budding designers to create an artistic expression of the Spirit of Ecstasy for each edition of this distinguished biennial event. Textiles are the medium for this edition. Anders Warming, Director of Design at Rolls-Royce Motor Cars; Yoon Ahn, Creative Director of Ambush and Jewellery Director at Dior Men; Tim Marlow, Director and Chief Executive of the Design Museum in London; and Sumayya Vally, Principal of Counterspace, a South African architectural firm, are among the distinguished jury members. They will choose three finalists to take part in this unique artistic project together.