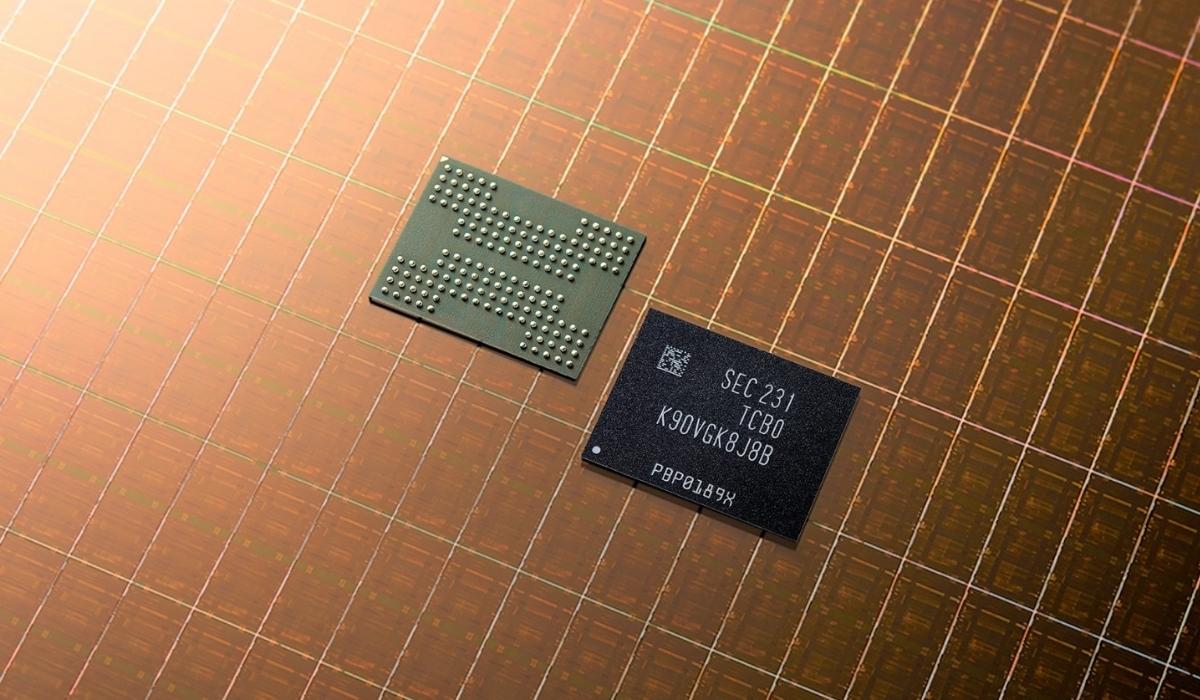 “As market demand for denser, greater-capacity storage pushes for higher V-NAND layer counts, Samsung has adopted its advanced 3D scaling technology to reduce surface area and height, while avoiding the cell-to-cell interference that normally occurs with scaling down,” said SungHoi Hur, Executive Vice President of Flash Product & Technology at Samsung Electronics. “Our eighth-generation V-NAND will help meet rapidly growing market demand and better position us to deliver more differentiated products and solutions, which will be at the very foundation of future storage innovations.”


Samsung was able to attain the industry’s highest bit density by significantly enhancing the bit productivity per wafer. Based on the Toggle DDR 5.0 interface* — the latest NAND flash standard — Samsung’s eighth-generation V-NAND features an input and output (I/O) speed of up to 2.4 gigabits per second (Gbps), a 1.2X boost over the previous generation. This will enable the new V-NAND to accommodate the performance requirements of PCIe 4.0, and later, PCIe 5.0.

The eighth-generation V-NAND is expected to serve as the cornerstone for storage configurations that help expand the storage capacity in next-generation enterprise servers, while extending its use into the automotive market where reliability is especially critical.

Prior to V-NAND technology’s introduction, SSD memory had traditionally been increased by cramming more cells into a limited 2D plane. Because placing the cells too closely together can ultimately compromise reliability, this new approach instead stacks them three-dimensionally. To illustrate, imagine a building, where instead of cramming more rooms into the fixed space of a single floor, you increase capacity by building new levels. This construction alleviates issues associated with shrinking NAND lithography and makes it possible for enterprises to adopt SSDs with faster response rates and larger capacities.