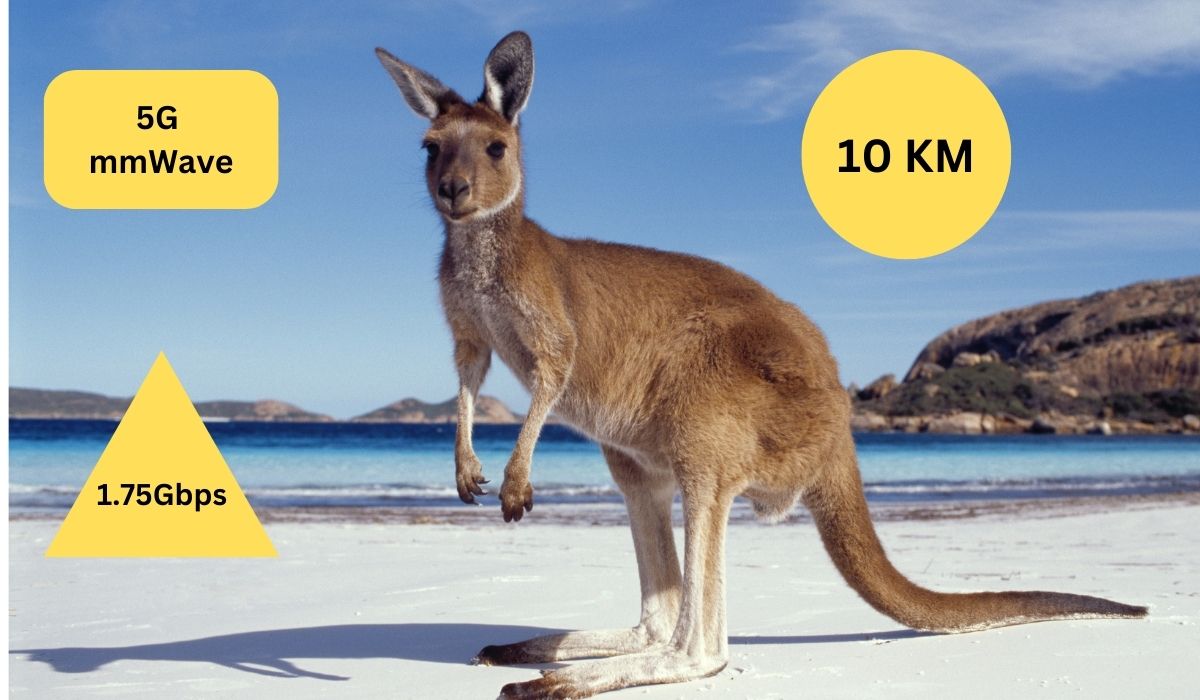 Company hits 5G milestones in Australia during trials with NBN Co, achieving industry-leading speeds of 1.75Gbps at a distance of 10km.

Additionally, across a distance of 10km, the company also achieved record-setting average downlink speeds of 1.75Gbps and uplink speeds of 61.5Mbps. To achieve average downlink speeds of 1.75Gbps at such extended range, the trial by Samsung and nbn utilized eight component carriers (8CC), which is an aggregation of 800MHz of mmWave spectrum. The potential to support large amounts of bandwidth is a key advantage of the mmWave spectrum and Samsung’s beamforming technology enables the aggregation of such large amounts of bandwidth at long distance. At its peak, the company also reached a top downlink speed of 2.7Gbps over a 10km distance from the radio.

“The results of these trials with Samsung are a significant milestone and demonstrate how we are pushing the boundaries of innovation in support of the digital capabilities in Australia,” said Ray Owen, Chief Technology Officer at NBN Co. “As we roll out the next evolution of our network to extend its reach for the benefit of homes and businesses across the country, we are excited to demonstrate the potential for 5G mmWave. nbn will be among the first in the world to deploy 5G mmWave technology at this scale, and achievements like Samsung’s 10km milestone will pave the way for further developments in the ecosystem.”

As part of an AUD $750 million investment in the nbn Fixed Wireless network (made up of AUD $480 million from the Australian Government and supported by an additional AUD $270 million from nbn), nbn will use software enhancements and advances in 5G technology, and in particular 5G mmWave technology, to extend the reach of the existing fixed wireless footprint by up to 50 percent and introduce two new wholesale high-speed tiers.

“This new 5G record proves the massive potential of mmWave technology, and its ability to deliver enhanced connectivity and capacity for addressing the last mile challenges in rural areas,” said Junehee Lee, Executive Vice President and Head of R&D, Networks Business at Samsung Electronics. “We are excited to work with nbn to push the boundaries of 5G technology even further in Australia and tap the power of mmWave for customer benefit.”

As demonstrated in the trials, 5G mmWave spectrum is not only viable for the deployment of high capacity 5G networks in dense urban areas, but also for wider FWA coverage. Extending the effective range of 5G data signals on mmWave will help address the connectivity gap, providing access to rural and remote areas where fiber cannot reach.

For the trial, Samsung used its 28GHz Compact Macro and third-party 5G mmWave customer premise equipment (CPE). Samsung’s Compact Macro is the industry’s first integrated radio for mmWave spectrum, bringing together a baseband, radio and antenna into a single form factor. This compact and lightweight solution can support all frequencies within the mmWave spectrum, simplifying deployment, and is currently deployed in commercial 5G networks across the globe, including Japan, Korea and the U.S.

Since launching the world’s first 5G mmWave FWA services in 2018 in the U.S., Samsung has been leading the industry, offering an end-to-end portfolio of 5G mmWave solutions — including in-house chipsets and radios — and advancing the 5G mmWave momentum globally.

The nbn® network is Australia’s digital backbone that helps deliver reliable and resilient broadband across a continent spanning more than seven million square kilometers. nbn is committed to responding to the digital connectivity needs of people across Australia, working with industry, governments, regulators and community partners to lift the digital capability of Australia.

Samsung has pioneered the successful delivery of 5G end-to-end solutions including chipsets, radios and core. Through ongoing research and development, Samsung drives the industry to advance 5G networks with its market-leading product portfolio from RAN and Core to private network solutions and AI-powered automation tools. The company is currently providing network solutions to mobile operators that deliver connectivity to hundreds of millions of users around the world.