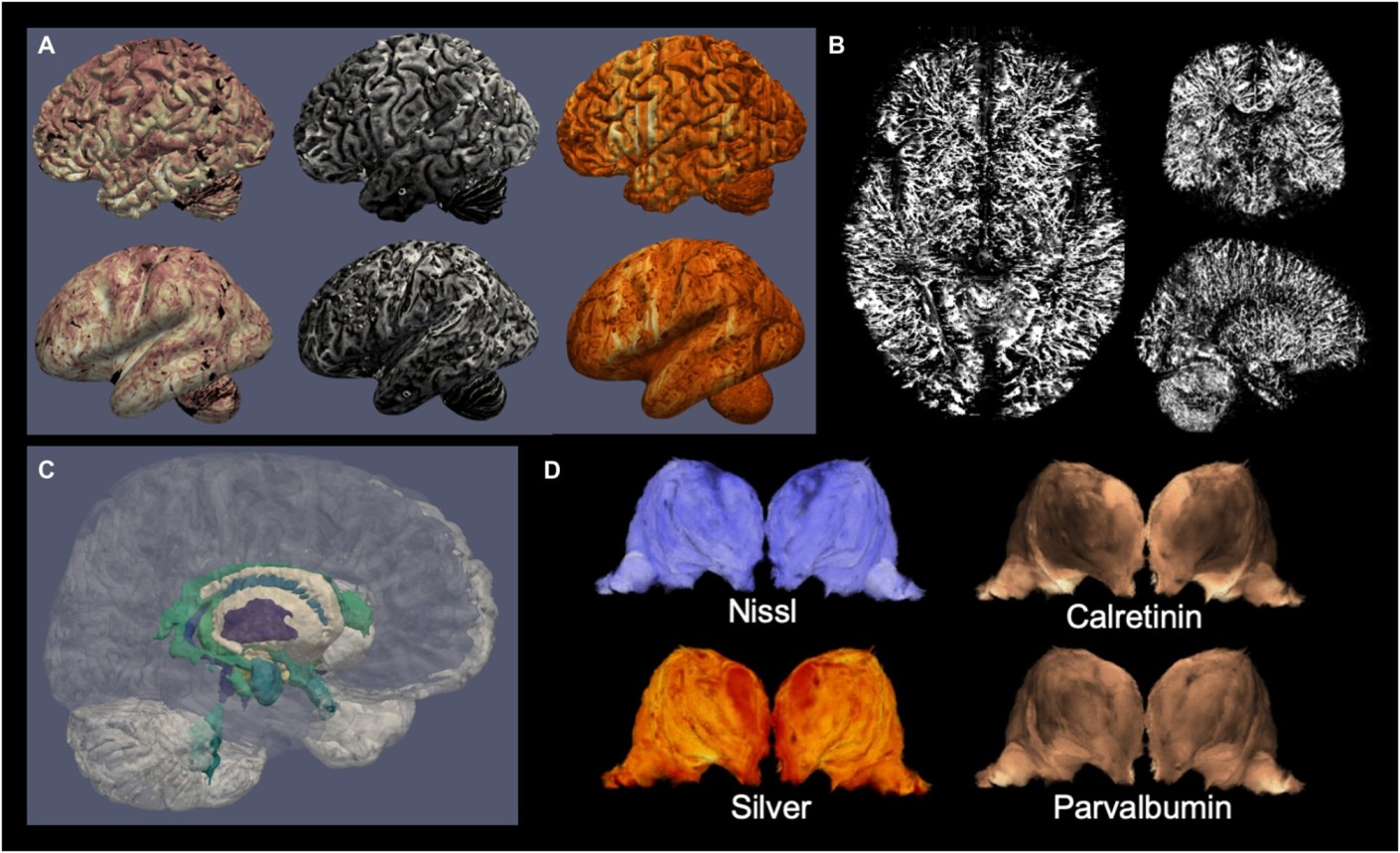 Neuroanatomists have long aspired to create a complete atlas of the human brain. Noninvasive imaging techniques such as magnetic resonance imaging (MRI) allow scientists to study the human brain while it is still alive, but they only reveal limited anatomical detail. Using microscopy on brains from deceased donors, a higher degree of detail can be acquired, with an emphasis on minute brain regions imaged in 2D. Now, a team led by UvA scientists has combined MRI and microscopy to create 3D images of two whole brains with hitherto unrivaled resolution. The results of their research were published in the journal Science Advances.

Over the course of five years, the UvA team collaborated with researchers from the Max Planck Institute in Leipzig to create a bridge between ultra-high field MRI and microscopy methodologies to generate brain images. Two human brains were donated to research and put through an MRI scanner for 21 hours before being inspected under a microscope. The MRIs were then merged with the microscope slides, yielding brain images with a 200mm (0.2mm) degree of detail that could be explored.

“We are excited about all the possibilities this can open up for the field. Instructors, for example, can use the datasets for neuroanatomy trainings or virtual dissections. And being able to compare MRI results with individual proteins visualized using microscopy will give researchers more insight into poorly understood MRI observations, as well as providing more anatomical detail on small brain structures.”

The researchers used a 7 Tesla MRI machine with an ultra-high field magnet, which is more powerful than the MRI systems commonly used in hospitals. The researchers designed the MRI software specifically for these trials to account for the differences between living and preserved tissue. Each segment of tissue was photographed individually during cutting so that it could be used to digitally correct tissue distortion in microscope sections later. Individual brain sections were placed on custom-built laboratory equipment and processed on specifically purchased glass slides.

The researchers built new algorithms to account for tissue deformation caused by cutting and microscopy processing after digitizing the individual microscopy slides. The researchers were finally able to produce entire reconstructions of two individual brains after weeks of nonstop calculations.