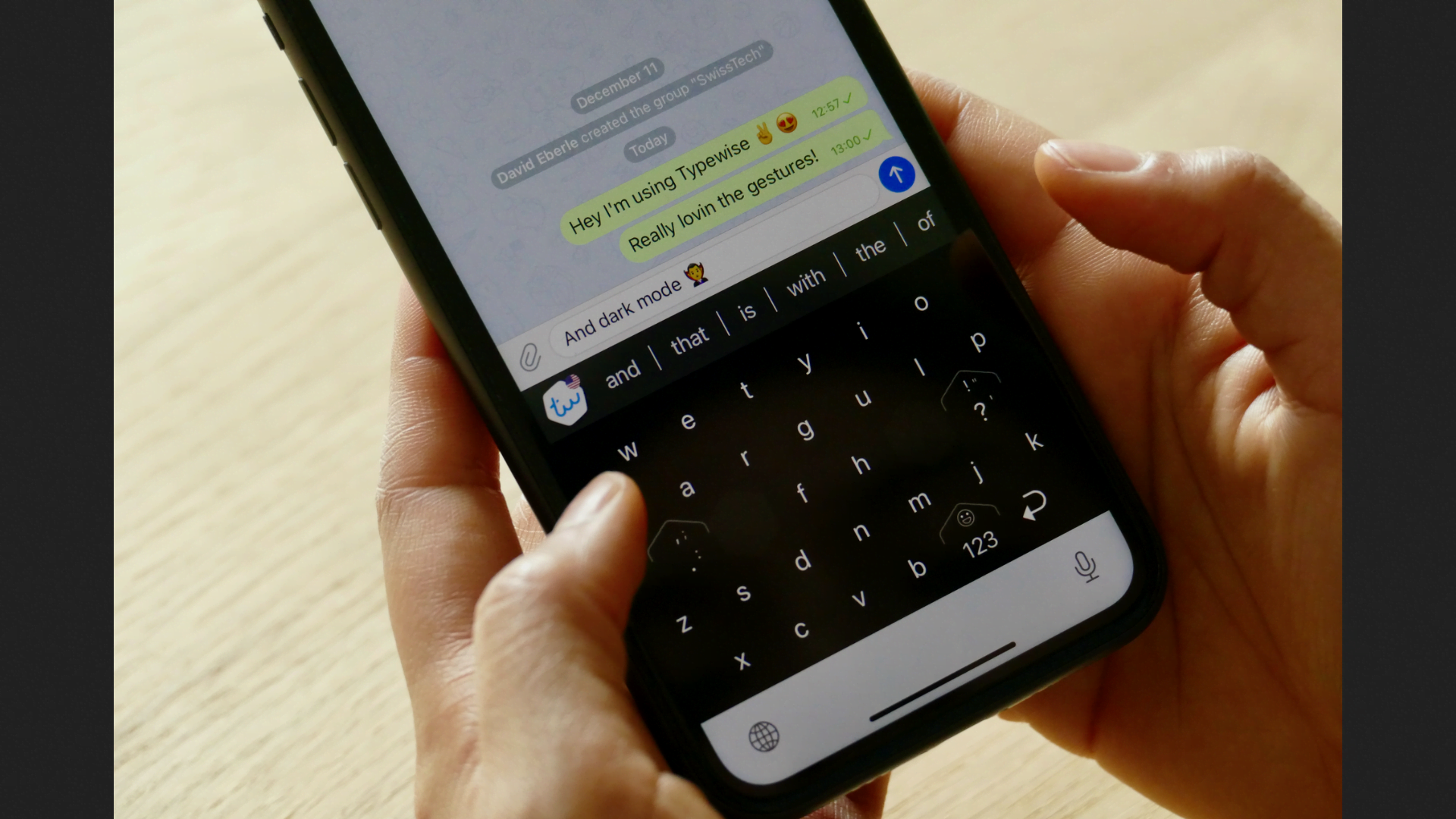 Typewise has re-designed the 150-year-old QWERTY keyboard and optimized it for the way people type on the much smaller smartphone screen. This allows users to type faster and more accurately, with 4 x fewer typos compared to default smartphone keyboards like Gboard, SwiftKey, and Apple Keyboard.

Typewise uses a novel hexagonal layout with intuitive gestures, custom-built AI autocorrect which can learn each user’s slang, language auto-detection to switch between dictionaries, and has 100% privacy built-in.

The growth in India has surprised the Zurich-based deep-tech start-up as they have not actively promoted their keyboard in the country, but Typewise Co-founder David Eberle believes that the hexagonal keyboard design, the privacy offering, and the supercharged autocorrect AI are the main reasons why the uptake in India has grown so quickly:

“Many Indians seem very open to trying new tech, compared to some European countries which can be more old-fashioned. The QWERTY layout that most smartphone keyboards still use, was designed for mechanical typewriters almost 150 years ago, but Typewise is optimized for the small screens of smartphones. So Typewise allows users to type faster and more accurately. We also know that privacy is a big concern for many people now, which seems to be important to our Indian audience.”

The Swiss tech company Typewise announced the launch of a new industry-leading smartphone keyboard at CES 2021. Typewise 3.0 has been created with the backing of the Swiss Agency for Innovation – Innosuisse to further speed up smartphone typing with all-new autocorrection technology that is patent-pending, strengthening its exacting autocorrect abilities, language recognition, and enhanced data privacy.

The success of Typewise’s concept is based on a unique “honeycomb” style keyboard layout built exclusively for smartphones to boost efficiency, as traditional keyboards result in about 1 in 5 words having a typo. Typewise minimizes mistakes by 80% and allows for a 33 percent increase in typing speed.

Typewise can instantly recognize and switch to the language in which the user is now typing, preventing any wrong words from entering the user’s work, without the user having to change the language in the settings. This software is so sensitive that it can even recognize and assist users when they type in a dialect or use colloquialisms; this ground-breaking functionality is currently accessible in over 40 languages, with more on the way.

Other popular keyboard players, such as Gboard and SwiftKey, deliver a lower percentage of correctly corrected words than this new approach. This ground-breaking autocorrection technique was developed in collaboration with top AI developers at ETH Zurich, one of the world’s leading technology and engineering institutes.

This sophisticated solution was created using AI algorithms that may run in the background, protecting user privacy. Most crucially, neither the Typewise app nor any third-party apps have access to any user data, which is a significant departure from the current market.

Following an in-depth investigation done by Cambridge University and ETH Zürich, this game-changing technology has been developed. The study compared the typing habits of 37,000 people and found no difference between those who used autocorrect technology and those who didn’t; the study’s findings concluded that choosing word predictions manually does not speed up typing, but true predictive autocorrect technologies do – and that’s where Typewise comes in.

‘Typewise began as a solution to make daily life easier, to put a stop to annoying typos and cumbersome typing and our mission is to change the way we input information into our devices and our latest offering brings us ever closer to realizing our goal.’

Typewise is a Swiss deep tech company, on a mission to make daily lives easier by decoding human thoughts. Their first product offering is a smartphone keyboard created to remove the frustration from typing and change the way users input information into their devices. Founded by Janis Berneker and David Eberle, Typewise combines smart autocorrection and text predictions with a multi-language capability, and a dynamic hexagonal keyboard designed for two-thumb typing; the app saves time, increases accuracy, and boosts productivity. Employing 100% private algorithms capable of running offline, Typewise has been designed to always ensure user privacy – the antithesis of most keyboard apps on the market.