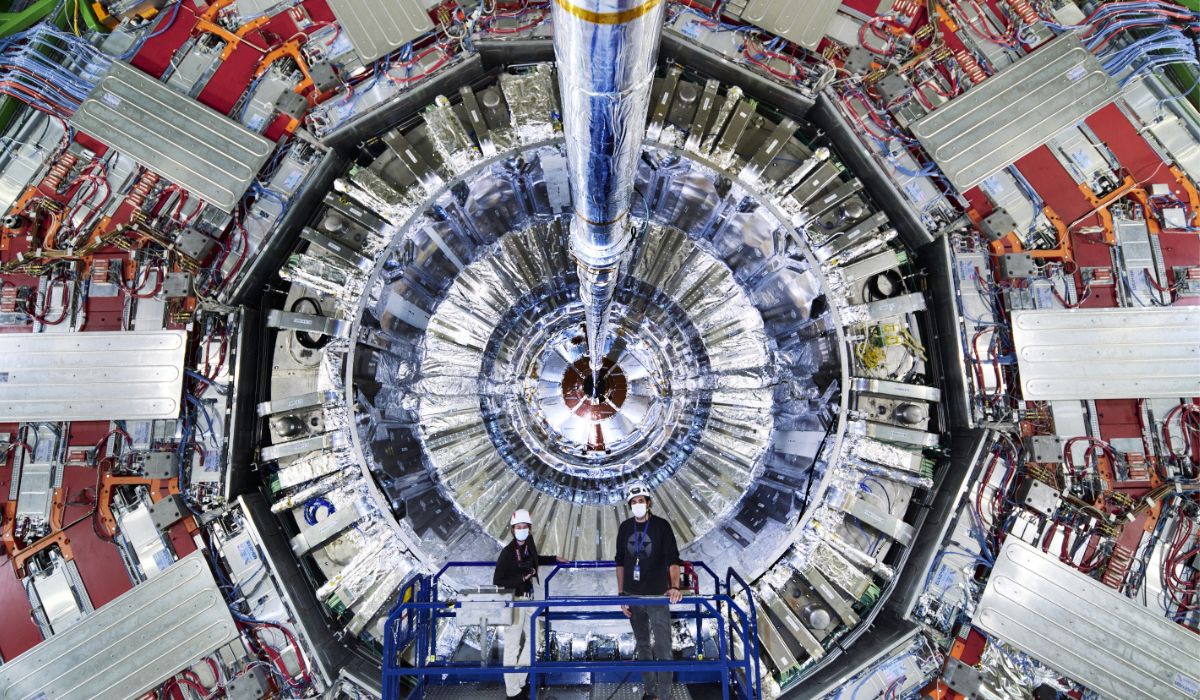 The High-Luminosity Large Hadron Collider (HL-LHC) project aims to crank up the performance of the LHC in order to increase the potential for discoveries after 2029.

The Large Hadron Collider at CERN is back in action after a three-year scheduled technical shutdown period. Experts circulated beam in the powerful particle accelerator at the end of April, and Run 3 physics started in early July at the highest collision energy ever achieved.

The LHC experiments expect to collect petabytes of data to better understand nature at the smallest scale. Thousands of collaborators are testing the Standard Model of particle physics and hunting for new physics—things like supersymmetry, dark matter or undiscovered particles.

At the same time, researchers continue to prepare for the next iteration of the LHC.

Later this decade, scientists will begin operating with an upgraded accelerator for the High-Luminosity LHC, which will collide more protons with more luminosity than ever before. With it, scientists expect to see at least five to seven times as many collisions as they do now. Researchers are building technology to improve their detectors so that they can handle the increased luminosity. The detectors are running until the end of the 2030 and will cumulate a factor of 20 more data.

The CMS experiment, which co-discovered the Higgs boson in 2012, along with the ATLAS experiment, is upgrading several systems. Hundreds of people from universities and labs around the world, including U.S. institutions funded by the U.S. Department of Energy and the National Science Foundation, are designing, building and installing the new detector components. These technologies aim to improve the existing experiment, which as of today has been in operation for more than a decade.

Experts are making upgrades in six key areas: the tracker system, timing detector, trigger and data acquisition system, endcap calorimeter, barrel calorimeter and muon system. These upgrades mean CMS scientists can precisely measure and better reconstruct how particles interact in the detector. Studying their behavior may lead to new insights and potential discoveries about how our universe works.

The High-Luminosity Large Hadron Collider (HL-LHC) project aims to crank up the performance of the LHC in order to increase the potential for discoveries after 2029. The objective is to increase the integrated luminosity by a factor of 10 beyond the LHC’s design value.

Luminosity is an important indicator of the performance of an accelerator: it is proportional to the number of collisions that occur in a given amount of time. The higher the luminosity, the more data the experiments can gather to allow them to observe rare processes.

The High-Luminosity LHC, which should be operational from the beginning of 2029, will allow physicists to study known mechanisms in greater detail, such as the Higgs boson, and observe rare new phenomena that might reveal themselves. For example, the High-Luminosity LHC will produce at least 15 million Higgs bosons per year, compared to around three million from the LHC in 2017.

Its development depends on several technological innovations. The first phase of the project began in 2011 and was partly financed by the European Commission’s seventh framework programme (FP7). This first phase brought together many laboratories from CERN’s Member States, as well as from the US, Japan and Russia. The design study came to a close in October 2015 with the publication of a Preliminary Design Report (PDR), marking the start of the construction phase for the project at CERN and in industry. The HL-LHC Technical Design Report (TDR) was published in 2017 – reflecting the design from before the rescoping exercise in 2016 – and its final version in 2020. The civil-engineering work started in April 2018.

The project is led by CERN with the support of an international collaboration of 44 institutions in 20 countries – the vast majority in various European countries among which Italy, Spain, Sweden and the United Kingdom – and including a number of CERN’s non-Member States such as the United States, Japan and Canada.