Vertical’s eVTOL aircraft has a range of 100 miles and a top speed of 200 mph. 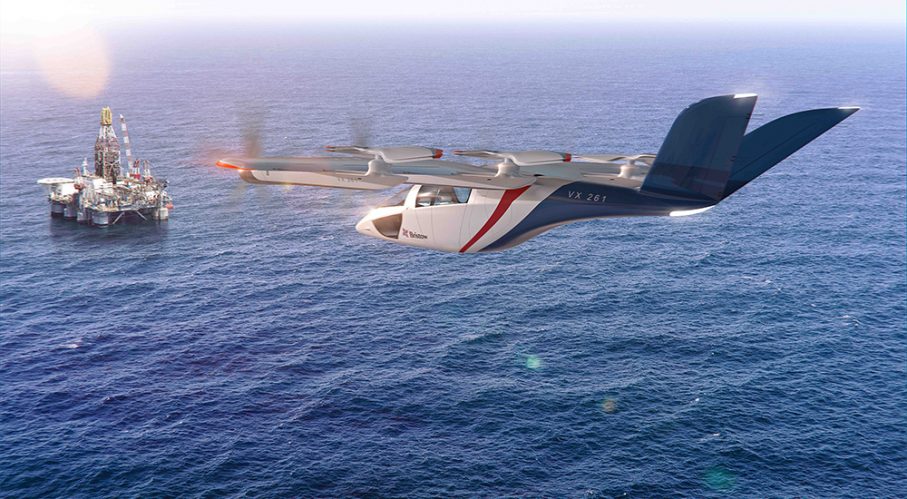 Vertical’s eVTOL aircraft can transport four passengers and has a range of 100 miles and a top speed of 200 mph.

Bristow Group Inc. (NYSE: VTOL), the world’s leading global provider of vertical flight solutions to government and civil organizations, and Vertical Aerospace Group Ltd (“Vertical”), a British engineering and aeronautical business pioneering zero-emissions aviation, today announced a Memorandum of Understanding (MOU) under which the two companies will collaborate on the certification, operational planning, and potential purchase of up to 50 electric vertical takeoff and landing aircraft.

Bristow’s pre-order of 25 planes, with an option for another 25, adds to Vertical’s world-leading pre-order book of up to 1,000 planes. This news, together with conditional pre-orders from American Airlines, Virgin Atlantic, and Avolon, demonstrates the industry’s trust in Vertical as a premier designer and builder of eVTOL aircraft: the VA-X4. Vertical’s four-person, one-pilot VA-X4 is expected to reach speeds of up to 200 mph (174 knots), have a range of more than 100 miles (161+ kilometers), be near-silent in flight, emit zero pollutants, and have a low cost per passenger mile.

“Our MOU with Vertical allows us to build upon our leadership position in the vertical transportation market for the past 70+ years and now sets the stage for the disruptive advantages of the VA-X4 with its zero carbon emissions and low operating costs for passenger transport. Our expansion into these new and existing geographic markets with sustainable, innovative and efficient vertical lift and aerial transport services will offer passengers superior regional air mobility solutions,” said Bristow President and Chief Executive Officer Chris Bradshaw. “As the global leader in vertical lift, Bristow’s operational expertise and efficiency, supported by the trust and confidence of our customers, can safely bring eVTOL aircraft into the market.”

“Bristow’s global expertise and reach means it is the perfect partner for Vertical as we seek to pioneer the transition to zero emissions flight. We look forward to working with Bristow and accelerating the commercial operation of eVTOLs,” said Stephen Fitzpatrick, Founder and CEO of Vertical Aerospace.

Vertical Aerospace has received over 1000 orders for its VA-X4 VTOL craft. This is a low-emission, piloted electric eVTOL craft that can transport up to four passengers and a pilot. This air taxi can reach speeds of 200 miles per hour (174 knots) and has a range of more than 100 miles (160 km).

It is near-silent during flight, offers a low-carbon answer to flying, and has a cheap cost per passenger mile because it is all-electric.

Vertical Aerospace’s VA-X4 also features cutting-edge avionics, including some that are utilized to fly the world’s only supersonic VTOL fighter, the F-35 fighter. The eVTOL tax can fly with a high level of automation and a decreased pilot burden because to such sophisticated control technologies.