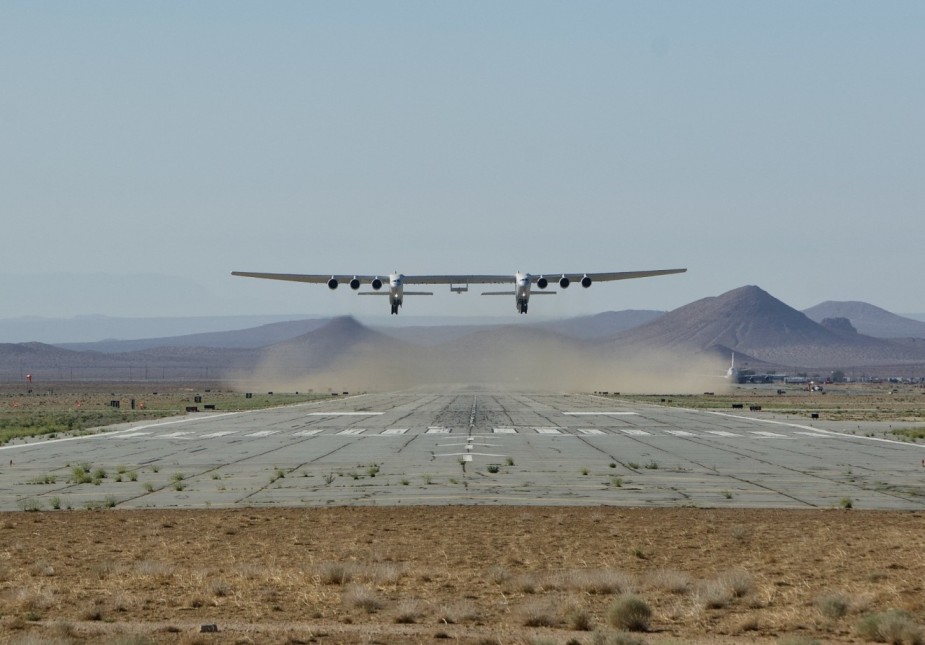 MOJAVE, Calif., June 9, 2022 – Stratolaunch Carrier Completes its sixth flight test of Roc, the world’s largest flying aircraft. The aircraft flew for 1 hour and 26 minutes over the Mojave Desert and reached an altitude of 15,000 feet (45720 m).

The sixth flight focused on continuing Roc’s flight envelope expansion with the recent addition of the pylon on the aircraft’s center wing. The pylon, comprised of a mini-wing and adapter, will be used to safely carry and release reusable, rocket-powered Talon-A hypersonic vehicles.

During the test program, the team encountered results that determined they would not complete the full set of test objectives. Therefore, the team focused on accomplishing:

The Stratolaunch team recently integrated the TA-0 separation test vehicle with the carrier aircraft for the first time, signaling a priority push toward captive carry and separation testing happening later this year. The team is also making steady progress on system integration its first hypersonic flight test vehicle, TA-1 and on the fabrication of a third vehicle, TA-2, the first fully reusable hypersonic test vehicle. The company anticipates delivering hypersonic flight services to government and commercial customers in 2023.

Stratolaunch, headquartered in Seattle and Mojave, designed and built a giant transport aircraft to lift missiles into orbit. The two-body aircraft with a wingspan of 385 feet is considered the largest aircraft in the world. Stratolaunch drove this vehicle for the first time in the only test flight in April 2021.