Xiaomi releases its own Smart Glasses 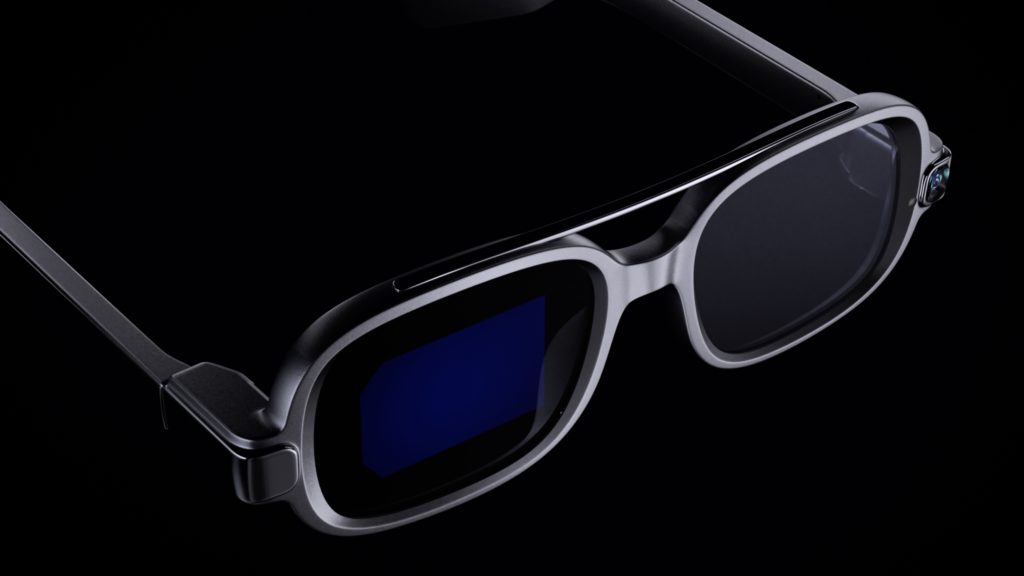 Subtle obstacles in imaging and internal component configurations must be solved in order to replicate the shape of common glasses. MicroLED imaging technology is used in Xiaomi Smart Glasses to reduce the amount of design space required in structural design as well as the device’s total weight. MicroLED is without a doubt the best option for integrating the imaging equipment into the frame. MicroLED pixels are independently lighted, similar to OLED pixels, and their emissive property enables brighter displays and deeper blacks. MicroLEDs, on the other hand, have a simpler structure and a higher pixel density, as well as a longer lifespan. This enables for a more compact display as well as simpler integration with other screens.

The display chip of Xiaomi Smart Glasses is only 2.4mm x 2.02mm. The display is about the size of a grain of rice under a microscope, with individual pixels measuring 4m, allowing it to fit neatly within the frame of the spectacles. We chose an ultra-efficient monochrome display technology capable of attaining a peak brightness of 2 million nits to allow enough light to travel through sophisticated optical structures before reaching the eye, even in harsh direct sunlight.

The MicroLED display accurately transfers light beams to the human eye through the small grating structure of the optical waveguide lens by using optical waveguide technology that refracts light at 180°. The inner surface of the lens has a grating structure that allows light to be refracted in a unique way, safely directing it into the human eye. The refraction process includes repeatedly bouncing light beams, allowing the human eye to view a whole image and considerably boosting wearability. Instead of employing complicated multiple lens systems, mirrors, or half mirrors, as some other products do, all of this is done within a single lens. Optical waveguide technology allows smart glasses to approximate the form factor of traditional spectacles by drastically reducing device size and weight.

AN INDEPENDENT SMART WEARABLE, NOT A “SECONDARY SMARTPHONE DISPLAY.”

Xiaomi Smart Glasses has a total of 497 components, including microsensors and communication modules, making it more than simply a “second screen” for your smartphone, but rather a standalone smart terminal. It can perform operations like navigation, taking images, teleprompter, and real-time text and photo translations independently, in addition to basic notification, call display, and so on. When it comes to usage, vital interaction logic has been added to reduce disruptions at inconvenient moments and to provide important information on time when it’s needed.

We need to build an interaction logic which “does not disturb ordinary use, but displays key information in a timely manner”. After many in-depth discussions, several key scenarios including “key notification”, “phone call”, “navigation”, and “photo translation” were finally confirmed, with XiaoAi AI Assistant as the primary interaction method. In this way, Xiaomi Smart Glasses can “display the most important information at the moment it is needed”. said Xiomi in a press release.

Using “Notifications” as an example, it is clearly wrong to have all of your smartphone’s push notifications displayed in front of your eyes. To prevent unnecessarily upsetting users, Xiaomi Smart Glasses chooses and pushes the most important notifications, such as smart home alarms, urgent information from office apps, and messages from important contacts, among others.

The most logical usage scenario for smart glasses is making a phone call, and you’ll be able to see the other party’s number when they call you. Both sides can clearly hear each other thanks to the built-in dual beamforming microphone and speaker.

In driving and riding situations, “navigation” is quite useful. Xiaomi Smart Glasses can display real-time maps and highways in front of you, allowing you to securely and conveniently keep your eyes on the road.

The front-facing 5MP camera can also capture images and interpret the text in photos, which is quite useful when traveling. Xiaomi Smart Glasses can convert sounds into text with translations in real-time thanks to the built-in microphone and proprietary translating algorithm. When the camera is in operation, the indicator light next to it illuminates to show that images are being shot.

Xiaomi is a leading smartphone manufacturer around the globe. In the second quarter of 2021, the firm placed second in the world in terms of smartphone shipments. With 374.5 million smart devices connected to its network (excluding smartphones and laptops) as of June 30, 2021, the firm has also established the world’s leading consumer AIoT (AI+IoT) platform. Xiaomi devices are available in over 100 countries and regions worldwide. The company made the Fortune Global 500 list for the third time in August 2021, placing 338th, up 84 places from 2020.