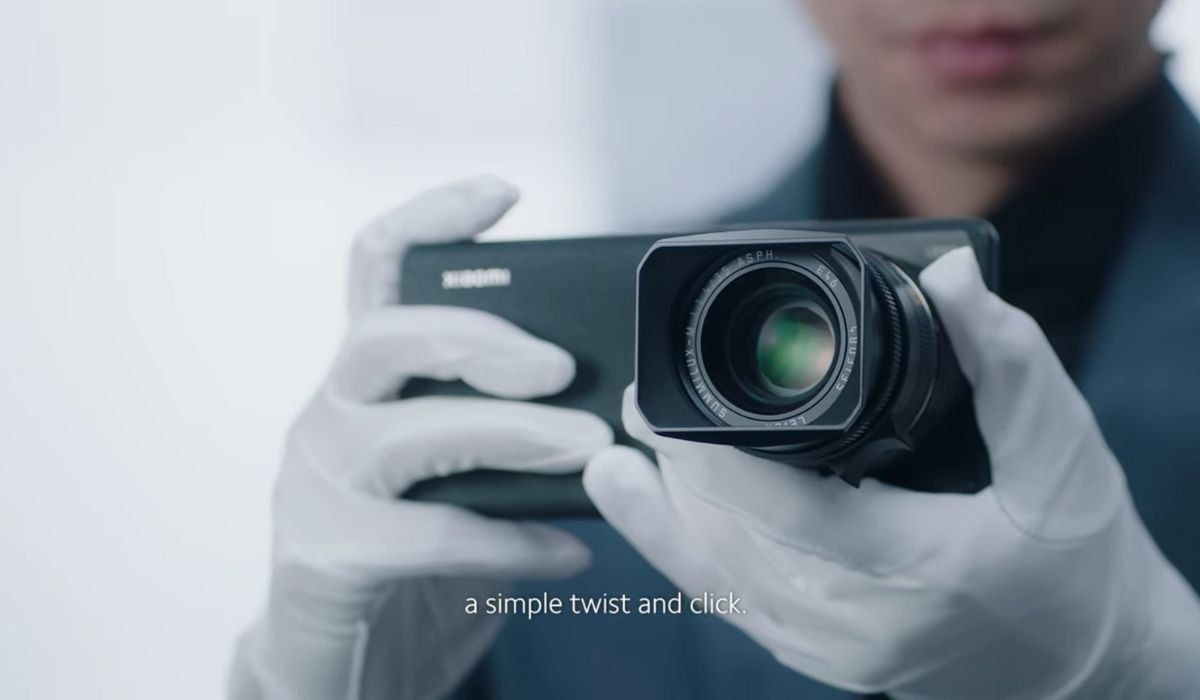 Xiaomi has bridged the gap between smartphones and high-end digital cameras with the release of the Xiaomi 12S Ultra, which has a 1″ sensor. However, just like a regular smartphone, it has lenses with fixed focal lengths. The company is now revealing a rare behind-the-scenes look, revealing that the 12S Ultra was one of two projects being worked on concurrently. The second combines mirrorless camera and smartphone components.

This idea device’s second 1″ sensor is not protected by its own lens. This enables the user to attach Leica M mount lenses, allowing for (semi-)professional use. A sophisticated camera program with focus peaking, zebra lines, a histogram, and other features that photographers have come to expect is paired with a wide selection of lenses. Of course, 10-bit RAW support is included.

Because it requires an adaptor, the device is bulky. Take note that we mentioned a second 1″ sensor because this concept has a main camera that is identical to the 12S Ultra (1″ sensor, 23mm lens) and an ultra-wide camera (13mm), both of which can be used without any additional hardware.

There have previously been smartphone lens accessories, but the design is flawed because light must pass through both the external lens and the phone’s own lens, resulting in light loss and a softer image. This Xiaomi concept differs in that it includes a Leica lens that directs light to the sensor (except for the protective glass that keeps dust and water out).

Because it requires an adaptor, the device is bulky. Take note that we mentioned a second 1″ sensor because this concept has a main camera that is identical to the 12S Ultra (1″ sensor, 23mm lens) and an ultra-wide camera (13mm), both of which can be used without any additional hardware.

When a lens is attached, it behaves more like a 1″ mirrorless camera. But, unlike most mirrorless cameras, this one has powerful Snapdragon 8+ Gen 1 chipset-enabled computational photography capabilities.

This is not true for add-on lenses that sit on top of the lens on the smartphone. It’s also not like Sony’s lens-style cameras from a decade ago. The cameras were professional digital cameras, and the phone only served as a display. It’s also not like the Android-powered cameras that doubled as phones. They lacked detachable lenses. Xiaomi and Leica have collaborated to create something truly unique.

Although we don’t yet have all the information about this prototype smartphone, it seems to come from the same manufacturer as the Xiaomi 12S Ultra. It even has the same gripping faux leather back and meets IP68 specifications for dust and water resistance. The firm did strengthen the frame where the lens attaches to make it more durable.