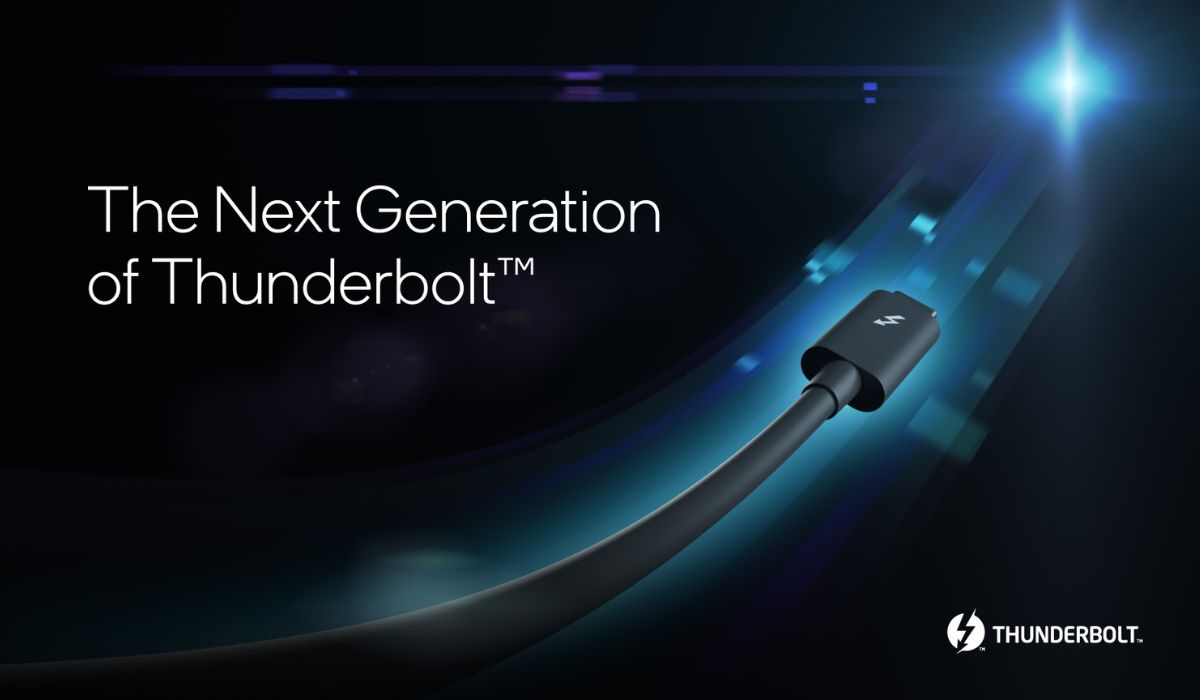 Intel has demonstrated an early prototype of next-generation Thunderbolt™ in action, aligned to the USB Implementers Forum’s (USB-IF) release of the USB4 v2 specification.

Next-generation Thunderbolt will deliver 80 gigabits per second (Gbps) of bi-directional bandwidth and enable up to 120 Gbps for the best display experience, providing up to three times the capability of today’s technologies to meet the growing needs of content creators and gamers, all while maintaining compatibility with previous versions of Thunderbolt and USB.

“Intel has always been the industry pioneer and leader for wired connectivity solutions, and Thunderbolt is now the mainstream port on mobile PCs and integrated into three generations of Intel mobile CPUs. We’re very excited to lead the industry forward with the next generation of Thunderbolt built on the USB4 v2 specification, advanced to this next generation by Intel and other USB Promoter Group members.”

This prototype demonstration marks a major milestone in the journey to delivering next-generation Thunderbolt to the industry. The bandwidth needs of content creators and gamers are increasing significantly for high-resolution displays, low latency visuals, and the backup or transfer of huge video and data files. Next-generation Thunderbolt will deliver up to three times the capability of Thunderbolt™ 4 and make creating and gaming more efficient and immersive. In addition to supporting the latest version of USB4, the next generation of Thunderbolt will include improvements across a variety of areas including:

How Thunderbolt Drives the Industry

With the vision to make Thunderbolt available to everyone, Intel in 2019 contributed to the USB Promoter Group its Thunderbolt protocol specification, which served as the basis for USB4. As a leader in this industry group, Intel has worked to extend the performance of USB4 to the next level.

Intel has a long history of leading the industry in I/O innovation. Intel works closely with PC, accessory and cable partners to deliver the most advanced and complete wired connectivity solution through dedicated enabling and testing programs. All Thunderbolt products undergo stringent certification testing, and upon passing can use the Thunderbolt name and logo royalty-free on devices or in marketing. That’s why the Thunderbolt logo provides a simple, easily recognized indicator of the best wired connectivity solutions for PCs and accessories.