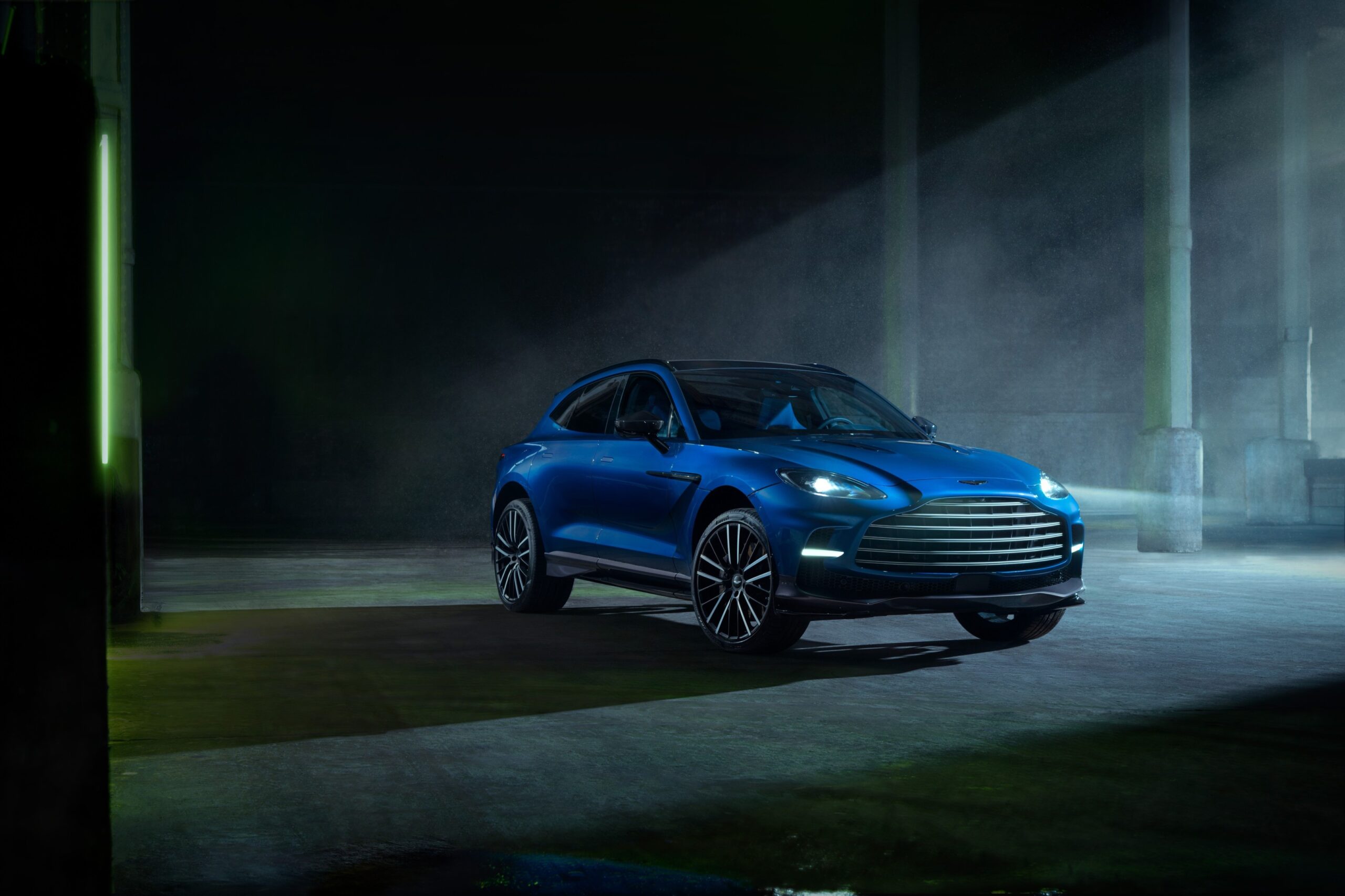 01 February 2022, Gaydon – The new Aston Martin DBX707 is a one-of-a-kind SUV. One that propels Aston Martin to the peak of the segment thanks to a one-of-a-kind blend of scorching performance, supreme dynamics, unmistakable style, and unrivaled luxury. The DBX707 is the ideal SUV in every way, with a wealth of character and appealing capability.

Fastest. The most potent. The best possible handling. The DBX707 was designed with three accolades in mind. Not by pursuing benchmarks mindlessly, but by achieving success on its own terms and in its own unique way. For Aston Martin, this meant ensuring that there is nuance behind the numbers, i.e., world-beating power and speed combined with extraordinary precision, dynamic flair, and true engagement for an addictive and distinctively spectacular driving experience. A sabre in a sledgehammer section.

The V8 DBX’s globally praised design, dynamism, and driver-pleasing character serve as the foundation for the DBX707, which expands superbly on those authentic sporting traits. Every aspect of the car has been improved to improve performance, increase driving enjoyment, and increase its on-road presence.

Aston Martin Chief Executive Officer, Tobias Moers, said of the DBX707: “Right from its first introduction the DBX has represented Aston Martin’s dynamic and design values in a way that proves not all SUVs have to conform to the same compromises. With the DBX707 we have pushed the boundaries in every area to create a car which sets new standards of performance and desirability. The fastest, most powerful, best handling and most engaging car of its kind, it propels Aston Martin to the pinnacle of SUV performance”.

Starting with the powerplant, Aston Martin’s engineers set out to maximize the DBX’s 4.0-liter twin-turbocharged V8’s capability. The DBX707’s engine now has ball-bearing turbochargers and a bespoke engine calibration to liberate more power and torque, thanks to Ralph Illenberger, Aston Martin’s Head of Powertrain Engineering. A 9-speed ‘wet clutch’ automatic transmission is also unique to Aston Martin’s flagship high-performance SUV. This high-performance transmission, which can handle significantly higher torque loads than a standard torque converter automatic, boosts the 4.0-liter V8’s power to an incredible 707PS and 900Nm, up 157PS and 200Nm over the DBX (V8).

The use of the new wet clutch transmission has additional advantages. In comparison to a torque converter transmission, the gear changes are substantially faster. The transition is more rapid and direct, giving the driver a greater sense of control and responsiveness, as well as a significant personality shift from the DBX (V8). The DBX707’s launch capability has also been increased, resulting in a 0-62mph time of 3.3 seconds.

Aston Martin’s Head of Powertrain, Ralph Illenberger said: “With this exceptional new model we have truly unlocked the performance potential within the DBX to create a world beating high-performance SUV. The huge gains we have found in both power and torque demonstrates not only the inherent prowess of the 4.0-litre biturbo V8, but Aston Martin’s appetite and ability for finding uncompromising engineering solutions. The combination of this magnificent engine with a new 9-speed ‘wet-clutch’ transmission sits at the heart of DBX707’s formidable capabilities and unforgettable character.”

Carbon Ceramic Brakes are standard on the DBX707 as part of its suite of performance upgrades. These CCB discs, which measure 420mm in front and 390mm in back and are held by 6-piston calipers, result in a 40.5kg reduction in unsprung weight. The hydraulic sizing and booster tune of the braking system have been revised, resulting in improved pedal feel and braking reaction for more precision and driver confidence. With high-performance brake pads giving great friction constancy throughout a wide temperature range, improved brake cooling has been achieved by taking air from both the main cooling intake and the underfloor.

Carbon Ceramic Brakes are standard on the DBX707 as part of its suite of performance upgrades. These CCB discs, which measure 420mm in front and 390mm in back and are held by 6-piston calipers, result in a 40.5kg reduction in unsprung weight. The hydraulic sizing and booster tune of the braking system have been revised, resulting in improved pedal feel and braking reaction for more precision and driver confidence. With high-performance brake pads giving great friction constancy throughout a wide temperature range, improved brake cooling has been achieved by taking air from both the main cooling intake and the underfloor.

A new version of the electronic limited-slip rear differential is also available on the DBX707 (e-diff). It has a tweaked (shorter) final drive ratio of 3.27 compared to 3.07 for the DBX V8 to manage the full 900Nm of torque. This helps the DBX707 race through the lower gears and improves in-gear performance while keeping the 9-speed transmission’s economy and cruising finesse.

Front-to-rear torque distribution is still fully automated, with the potential to transmit up to 100% of torque to the rear axle on demand. The DBX707 has the turning agility, sporting feel, and dynamic character of a true sports car thanks to careful calibration of the e-diff. One that combines chassis and powertrain technologies to achieve the best possible handling balance and retain the best possible combination of traction and agility at all times.

The air suspension technology is crucial to the DBX707’s outstanding handling. DBX707 boasts a dedicated chassis tune optimized to its exacting needs and ambitions, retaining the core architecture and triple volume air chambers of the DBX V8 – already considered as the best-handling SUV on the market.

The DBX707, as the flagship model in the DBX line, is ready to build on the multi-award-winning success of Aston Martin’s first SUV, which sold over 3000 units in its first year of production and won a slew of awards. Among them are the GQ Car Awards’ ‘Best Luxury SUV,’ Top Gear’s ‘Super SUV of the Year,’ and back-to-back wins in the PR Arabia National Auto Award’s ‘Best Super Luxury SUV’ category.

DBX707 production is due to commence in Q1 of 2022, with the first deliveries scheduled to begin during early Q2 2022.