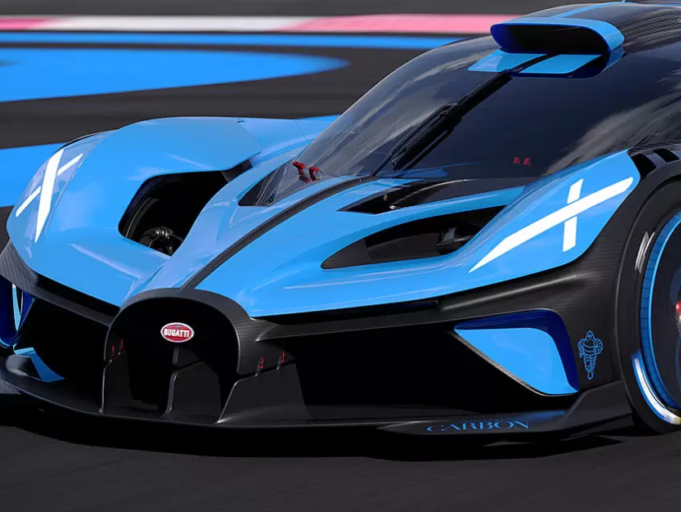 With a weight to power ratio of 0.67 kg per PS and a combination of W16 engine has 1,850 PS and vehicle weight of just 1,240 kg. Bugatti’s new track-focused hyper sports car the Bolide achieves figures almost comparable to formula 1 car. The top speed is above 500 km/hr the Bolide takes 3.07.1 minutes to complete a lap of Le Mans and 5:23.1 minutes to get around Nordschleife Nurburgring (based on simulation) as per the company press release.

The 8 liter W16 engine with 1,850 PS and 1,850 newton-meters of torque is at its heart. Bugatti has designed the drive specifically for use on the racetrack and has optimized the engine and gearbox in particular for higher engine speeds. Among other things, this includes de-throttling the intake and exhaust system to achieve an even faster, more spontaneous, and extreme response characteristic. The four newly developed turbochargers are fitted with optimized blades in order to build up more boost pressure and power at higher engine speeds.

In order to achieve optimum lubrication even under extremely high centrifugal forces, the oil circuit, oil pressure, check valves, baffles, oil tanks, oil reservoirs, and pump design of the dry sump lubrication have been optimized. The weight of the drive system is also significantly reduced at the same time.

Frank Götzke who was responsible the technical concept of Bolide says “In terms of technology and organization, the Bolide was one of the most ambitious projects of my career,”

Safety is ensured with safety equipment designed in accordance with FIA regulations. These include HANS device compatibility, an automatic fire extinguishing system, a towing device, pressure refueling with fuel bladder, central locks for the wheels, lightweight polycarbonate windows, and a six-point harness system. The monocoque side floors with integrated carbon coolant pipes are simultaneously designed as side impact structures and structural reinforcement of the monocoque. The driver can see all the relevant data on a motorsport display. For an optimum sitting position, both the pedals and the passenger footrest can be moved by 150 millimeters.

Whether the Bugatti Bolide will go into series production, has not been decided yet.