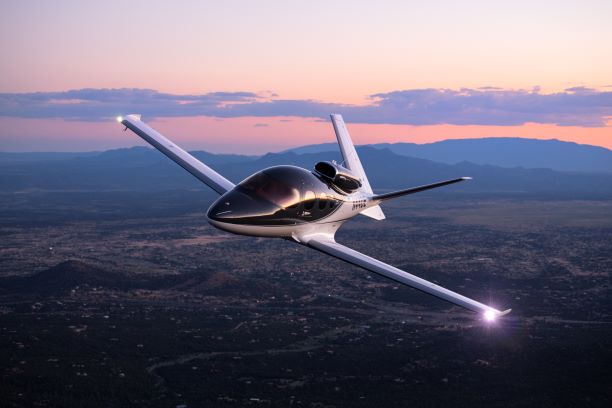 The Vision Jet received FAA certification in 2016 and immediately ushered in a new era in personal aviation as the world’s first single-engine Personal Jet including the Cirrus Airframe Parachute System® (CAPS®). In 2018, the Vision Jet was awarded the most prestigious award in aeronautics–the Robert J. Collier Trophy.

The first customer Vision SF50 was delivered on 19 December 2016, against 600 outstanding orders. The first customer delivery ceremony was held in the new $16 million, 70,000 sq ft (6,500 m2) finishing center in Duluth, where Cirrus employs more than 750 people.

What makes this aircraft the best single-engine private Jet is The Cirrus Airframe Parachute System (CAPS) is a whole-plane ballistic parachute recovery system designed specifically for Cirrus Aircraft’s line of general aviation light aircraft including the SR20, SR22, and SF50. The design became the first of its kind to become certified with the FAA, achieving certification in October 1998, and remains the only aircraft ballistic parachute used as standard equipment by an aviation company.

Developed as a collaboration between Cirrus and Ballistic Recovery Systems (BRS), it was adapted from the GARD (General Aviation Recovery Device) initially released for the Cessna 150.[2] As in other BRS systems, a small solid-fuel rocket housed in the aft fuselage is used to pull the parachute out from its housing and deploy the canopy full within seconds. The goal of employing this system is the survival of the crew and passengers and not necessarily the prevention of damage to the airframe.

The Safe Return activation button is purposefully located on ceiling of the Vision Jet’s cabin for easy access by passengers and can be activated, if needed, within minutes of the aircraft’s take-off.

Once activated by the touch of a button, Safe Return assumes control of the aircraft and transforms the Vision Jet into an autonomous vehicle that navigates to the nearest suitable airport for landing, communicates with air traffic control, lands and brings the aircraft safely to a complete stop, allowing passengers to exit the aircraft.

This revolutionary system is powered by the Cirrus Perspective+ by Garmin® flight deck, which uses all available aircraft data to calculate a flight plan, avoid terrain and weather, initiate an approach and complete a fully autonomous landing without pilot or passenger intervention.

Additionally, the flight deck provides visual and aural updates to the passengers, including current location, remaining fuel, airport of arrival and estimated time of arrival.

Safe Return can be easily disengaged by the pilot with a simple press of the Autopilot disconnect button on the yoke if a passenger inadvertently activates the system.