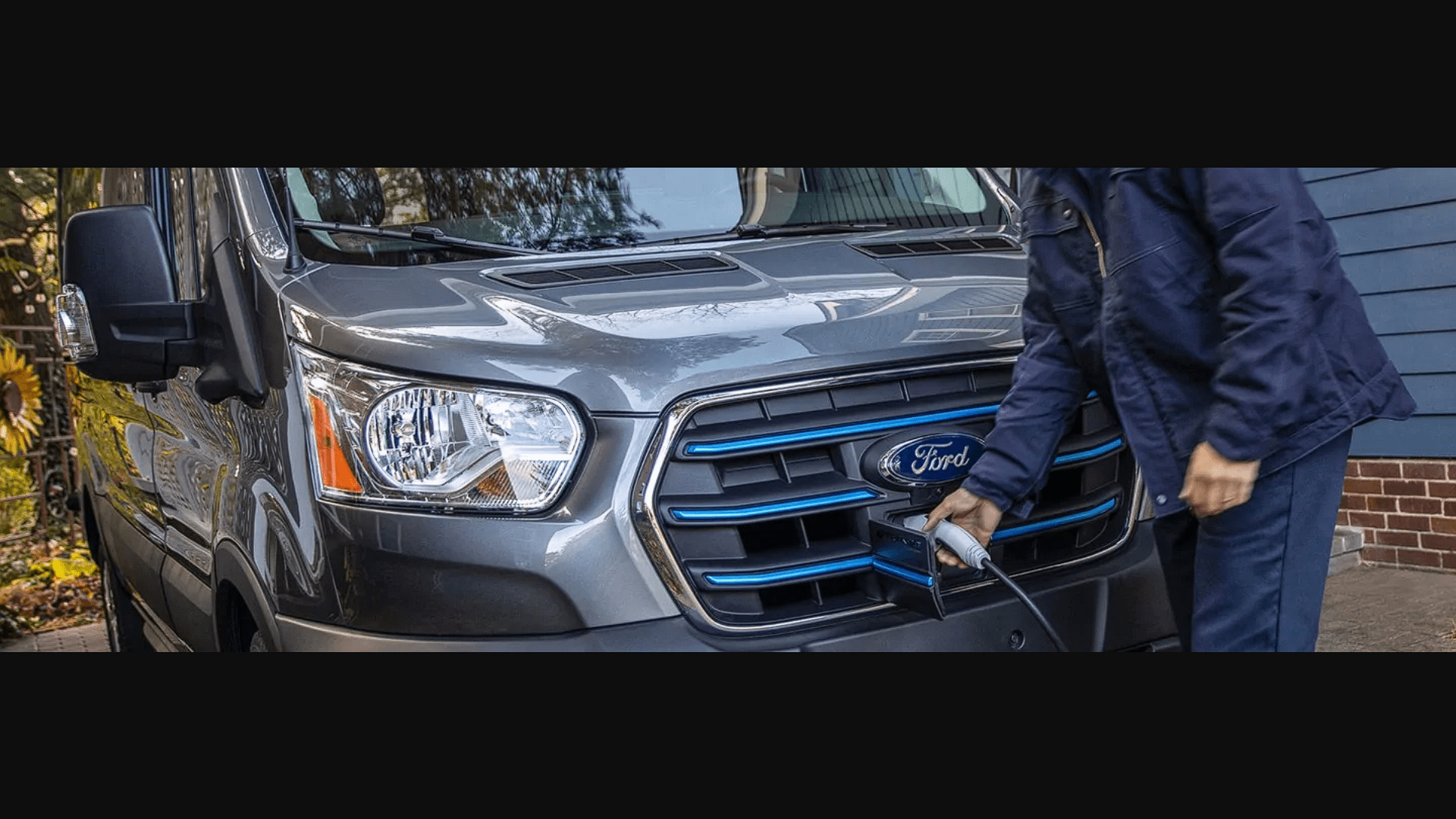 Ford is also scaling up its charging network ahead of the arrival of the all-electric Mustang Mach-E. Ford increased its charging network from 3,000 charge points to around 9,500. Ford also announced the E-Transit Van, an electric Ford transit van arriving in 2022. Its battery power enables drivers to cover up to 217 miles on the combined WLTP cycle on a single charge – providing enough range to meet daily requirements, but with sufficient additional capacity to account for variations in vehicle load and weather conditions. E-Transit also has just as much cargo space as a diesel Transit, so delivery drivers can carry big loads for fewer trips, while zero emissions and whisper-quiet running create less tailpipe and noise pollution in towns and cities.

The news comes after Ford reporting, in the fourth quarter of 2020, a return to profit in Europe and announced it was investing at least $22 billion globally in electrification through 2025, nearly twice the company’s previous EV investment plans.

“We successfully restructured Ford of Europe and returned to profitability in the fourth quarter of 2020. Now we are charging into an all-electric future in Europe with expressive new vehicles and a world-class connected customer experience,” said Stuart Rowley, president, Ford of Europe. “We expect to continue our strong momentum this year in Europe and remain on track to deliver our goal of a six percent EBIT margin as part of Ford’s plan to turnaround our global automotive operations.”

Central to Ford’s transformation of its operations in Europe over the past two years were a $1 billion improvement in structural costs, addressing underperforming markets, the creation of a more targeted vehicle line up within three customer-focused business groups, and partnerships to drive growth and improved levels of profitability across the business.

Ford’s commercial vehicle business growth committed to have all its vehicles zero-emission by mid-2026.

In 2020, Ford achieved its sixth successive year as the leading commercial vehicle sales brand in Europe. Growth in Ford’s strong commercial vehicle business is key to its European profitability, supported by new products and services, working with an extensive network of commercial vehicle converter partners, with Ford’s strategic alliance with Volkswagen and its Ford Otosan joint venture providing cost-effective vehicle development and sourcing.

Driving further growth in the commercial vehicle business will be an ecosystem built around connected services co-developed with customers and designed to enhance the customer experience and help their businesses to thrive. These include, for example, connected uptime and productivity services such as FordPass Pro for fleets of up to five vehicles, and the launch of Ford Fleet Management, created by Ford and ALD Automotive last year to maximize productivity for fleet customers seeking bespoke services to keep their fleets on the road.

Ford and Google also announced recently the establishment of a new collaborative group, Team Upshift, to drive disruptive, data-driven opportunities. This first-of-its-kind partnership in combination with Ford’s in-house capabilities will be the basis of transformed ownership experiences and services for both the company’s commercial and passenger vehicle customers.

Spearheading Ford’s advance into an all-electric future is a new $1 billion investment to modernize its vehicle assembly facility in Cologne, Germany, one of its largest manufacturing centers in Europe and the home of Ford of Europe. The investment will transform the existing vehicle assembly operations into the Ford Cologne Electrification Center for the manufacture of electric vehicles, Ford’s first such facility in Europe.

Ford also confirmed that it’s first European-built, volume all-electric passenger vehicle for European customers will be produced at the facility from 2023, with the potential for a second all-electric vehicle built there under consideration.

“Our announcement today to transform our Cologne facility, the home of our operations in Germany for 90 years, is one of the most significant Ford has made in over a generation. It underlines our commitment to Europe and a modern future with electric vehicles at the heart of our strategy for growth,” Rowley said.

“The decision to make the production and development site in Cologne the e-mobility center for Ford in Europe is an important signal to the entire workforce,” said Martin Hennig, chairman of the General Works Council of Ford-Werke GmbH. “It offers a long-term perspective for our employees and at the same time encourages them to help shape this electric future.”

Rowley concluded: “We will offer an exceptional range of electrified vehicles, supported by customer-centric digital services and experiences, allowing our customers to come with us on the journey to a fully electric future, starting right now with the launch of the all-electric Mustang Mach-E. In combination with our leading commercial vehicle business, this will form the basis of a sustainably profitable Ford business in Europe.”

Additional details of Ford’s electrification plan and the transformation of the Cologne site will be shared over the coming months.