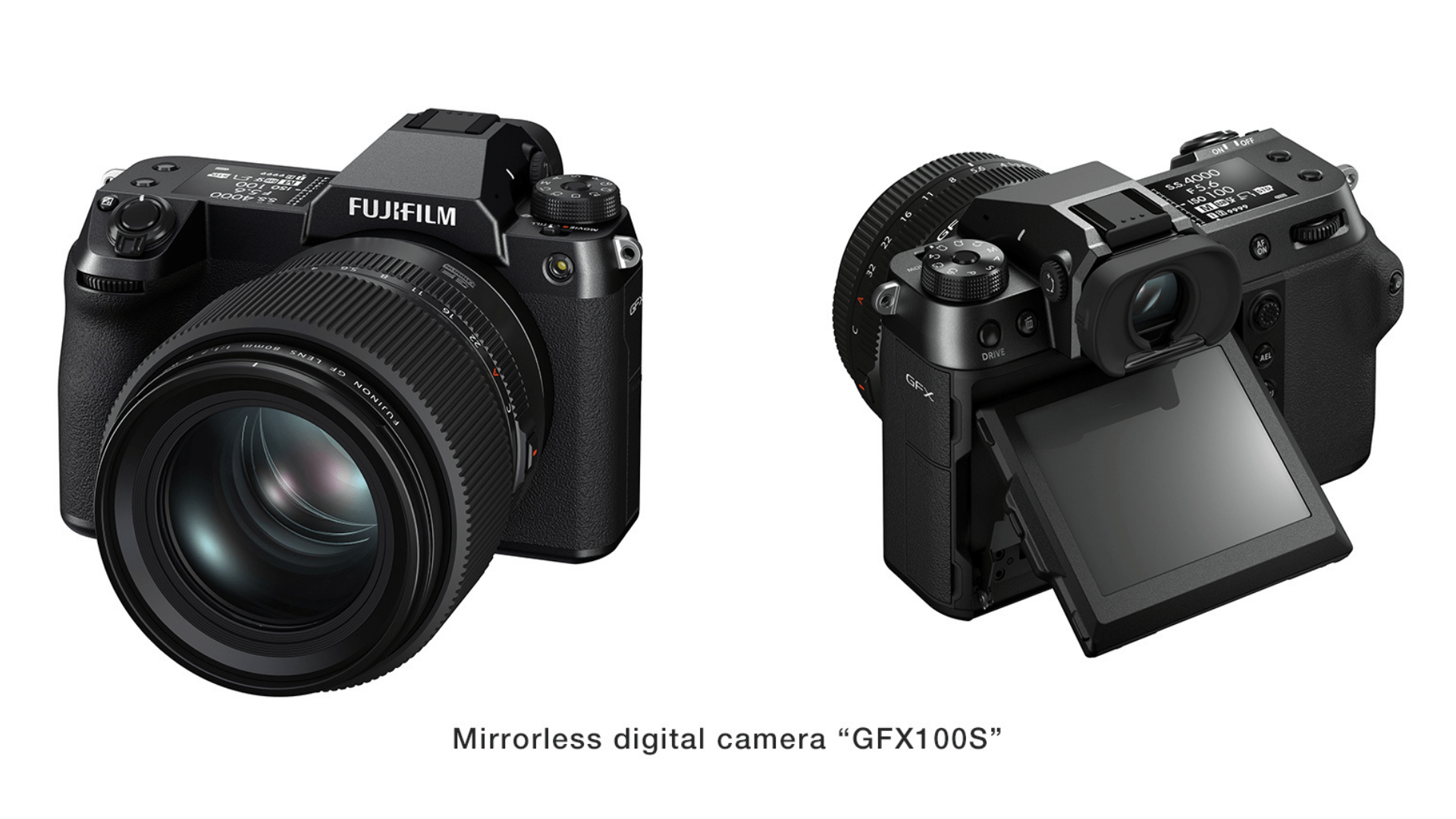 TOKYO, January 27, 2021 ― FUJIFILM Corporation announced that “FUJIFILM GFX100S” will be released in late February 2021. It is the latest addition to the GFX series mirrorless digital cameras. The camera is equipped with a large-format CMOS sensor, an image sensor that measures 55mm diagonally (43.8 mm x 32.9 mm) and is approx. 1.7 times bigger than a 35 mm full-frame sensor.

As per Fujifilm, the GFX 100S uses the world’s highest 102 MP large format sensor and unique color reproduction technology to deliver superior image quality. The camera is compact and lightweight, weighing just 900 g, approximately 500g lighter than the GFX100. It is also equipped with 6.0 stops of five-axis image stabilization (when paired with FUJINON Lens GF63mmF2.8 R WR). The camera will be priced at around $6000, which is considerably cheaper than other medium format cameras.

The new camera will come with autofocus (AF) which Fuji says will have a high level of accuracy. It is the most compact and portable camera with a sensor bigger than 35 mm full-frame sensors. The camera is made for professional photographers to take advantage of large sensor. With its image stabilization, enthusiast photographers can take 100 MP images handheld i.e. without the need for a tripod.

Fujifilm has used the “X-Processor 4“, the same processor used in its flagship GFX 100 model. The camera is portable compared to other medium format cameras and is dust and weather-resistant. Also, the camera is capable to operate at temperatures as low as -10℃.

The camera is also capable of shooting 4k/30p videos. The camera features a back-illuminated image sensor with excellent light-receiving performance. Despite the ultra-high sensor resolution, the camera takes advantage of its wide dynamic range to achieve rich tonality and low noise. Fujifilm has added a new film simulation mode “Nostalgic Neg”, which it says is characterized by high saturation and soft tonality. The mode uses colors and tones reminiscent of the “American New Color”, which emerged in the 1970s to replace monochrome pictures with color photography as the mainstream style for photographic fine arts.

The GFX 100S is made of highly rigid magnesium alloy and measures 104 mm in height and 87 mm in depth.

The GFX100S features a newly-developed up to 6.0-stops of the five-axis IBIS mechanism. It is connected to the camera’s baseboard in optimized wiring to make the unit smaller by approximately 20% and lighter by approximately 10% compared to the IBIS unit in the GFX100. It uses a high-performance gyro sensor and acceleration sensor as well as an updated algorithm for detecting vibrations for better image stabilization than the GFX100. The ability to control camera shake during hand-held shooting for both stills and video brings an enhanced comfort to users.

Fuji says the image sensor has 3.76 million phase detection pixels across the surface (approx 100% coverage). They have updated the movement prediction and face/eye detection algorithm to track a moving subject and people within the frame. Fuji did not mention specifics of eye autofocus tracking of animals or birds.

The camera can focus even in near-dark conditions of -5.5 EV when fitted with the FUJINON Lens GF80mmF1.7 R WR. It is as dark as outdoors illuminated by just starlight.

The camera features a Mode dial on the top panel and offers six customizable positions C1 – C6. These positions can be used to customize user-defined functions for easier access. There is a selector to instantly switch between the still and movie modes for added convenience in camera operation.

Fuji is redesigned the focus lever in a flat shape. It has a 1.8 inch LCD monitor on the top panel for displaying settings such as shutter speed, aperture, ISO sensitivity, as well as the number of frames remaining while shooting stills and the duration of time remaining while recording video. The display can be customized for added convenience.

The camera can record 4k 30P, 4:2:0 10 bit videos internally on the SD card, and 4k 30P, 4:2:2 10 bit on external monitors via HDMI port. In the DCI format (17:9 aspect ratio), commonly used by digital cinema cameras, the camera records video with a sensor area measuring about 49.5mm diagonally. The size is usually adopted in high-end cinema cameras.

The camera supports H.264 and H.265/HEVC compression codecs as well as the “F-Log” and “Hybrid Log Gamma” profile for recording HDR footage. The camera can record with a 400 Mbps bit rate. The camera can also record in “Apple ProRes RAW” format.