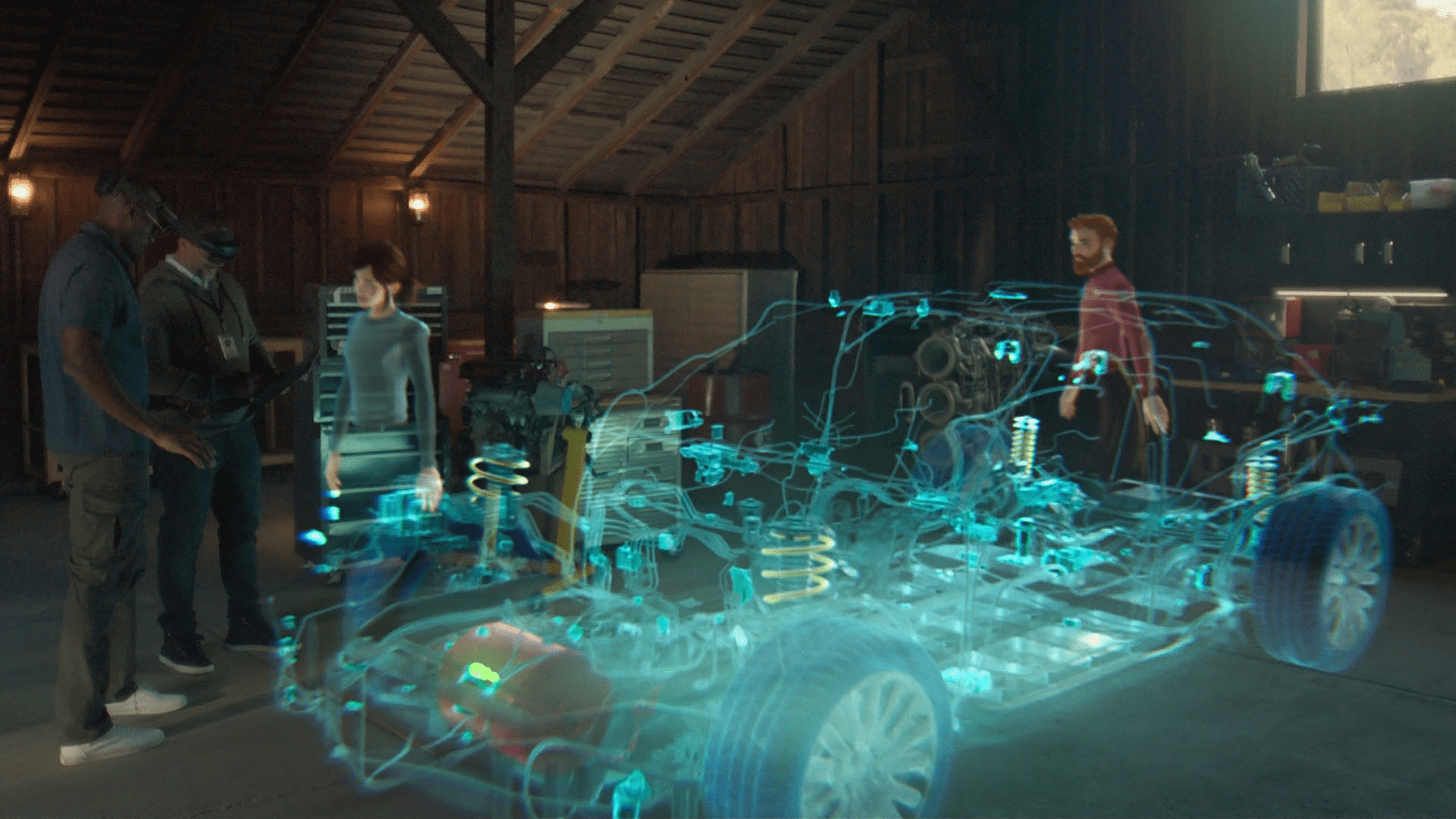 Microsoft’s new mixed-reality platform powered by Azure allows people in different physical locations to join collaborate and share holographic experiences on many kinds of devices. The new platform was announced at Microsoft’s Ignite digital conference via holoportation a term Microsoft uses for transporting holographic images in mixed reality, which uses 3D capture technology to beam a lifelike image of a person into a virtual scene.

Microsoft Mesh is the evolution of Microsoft’s Hololen’s, the $3500 mixed reality headset. The Hololens 2 was announced in 2019. The HoloLens 2 enterprise edition debuted as the first variant of the device, followed by a developer edition that was announced on May 2, 2019. It was subsequently released in limited numbers on November 7, 2019.

“This has been the dream for mixed reality, the idea from the very beginning,” said Microsoft Technical Fellow Alex Kipman. “You can actually feel like you’re in the same place with someone sharing content or you can teleport from different mixed reality devices and be present with people even when you’re not physically together.”

Kipman appeared on the Ignite virtual stage as a fully realized holoportation of himself, narrating the show’s opening experience in real-time as rays of light that simulated his physical body.

Microsoft Mesh will also enable geographically distributed teams to have more collaborative meetings, conduct virtual design sessions, assist others, learn together and host virtual social meetups. People will initially be able to express themselves as avatars in these shared virtual experiences and overtime use holoportation to project themselves as their most lifelike, photorealistic selves, the company said.

“More and more we are building value in our intelligent cloud, which is Azure,” Kipman said. “In these collaborative experiences, the content is not inside my device or inside my application. The holographic content is in the cloud, and I just need the special lenses that allow me to see it.”

With Microsoft Mesh-enabled applications, designers or engineers who work with 3D physical models — anything from bicycles to high-end furniture to jet engines to new sports stadiums — could appear as themselves in a shared virtual space to collaborate and iterate on holographic models, regardless of their physical location.

Architects and engineers could physically walk through a holographic model of a factory floor under construction, seeing how all the pieces of equipment fit together in three dimensions, potentially avoiding costly mistakes.

Engineering or medical students learning about electric car engines or human anatomy could gather as avatars around a holographic model and remove parts of the engine or peel back muscles to see what’s underneath. Colleagues could simply get together and chat in a shared virtual space, or companies could use Microsoft Mesh-enabled apps to offer virtual all-hands meetings or training to employees around the world.

Those include a preview of the Microsoft Mesh app for HoloLens, which allows team members to remotely collaborate and is available for download. Customers can also request access to a new version of Mesh-enabled AltspaceVR, which will allow companies to hold meetings and work gatherings in virtual reality with enterprise-grade security features including secure sign-ins, session management, and privacy compliance.

Over time, the company said it expects customers will be able to choose from a growing set of Microsoft Mesh-enabled applications built by external developers and partners, and also to benefit from planned integration with Microsoft products such as Microsoft Teams and Dynamics 365.

“This is why we’ve been so passionate about mixed reality as the next big medium for collaborative computing,” Kipman said. “It’s magical when two people see the same hologram.”