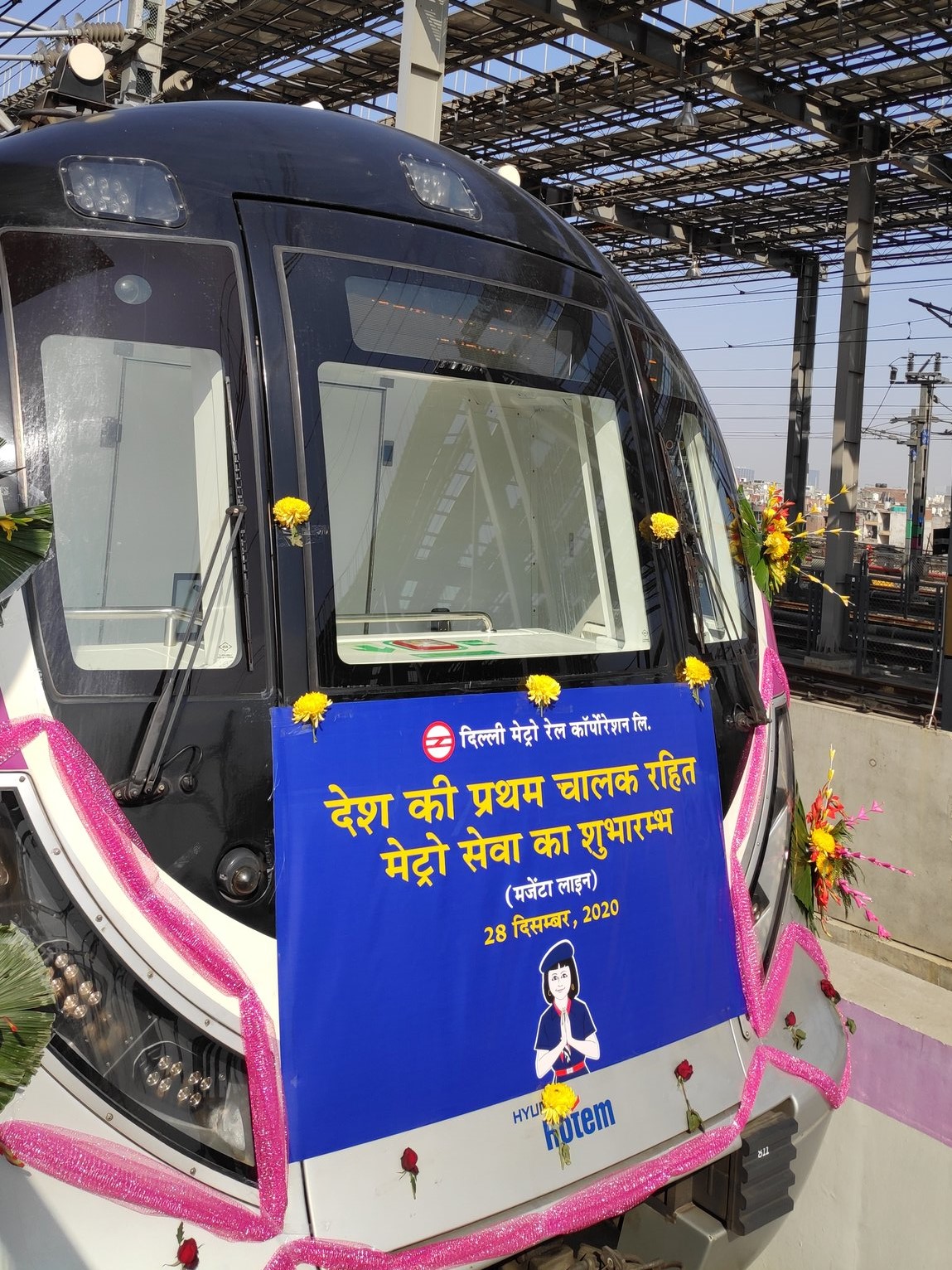 India’s first automated train. Prime Minister Narendra Modi, flagged off the automated driverless train via video conferencing in New Delhi today. The train will operate on the 37 km Magenta Line from Janakpuri West to Botanical Garden. The automated train will have six coaches with each coach accomodating 380 passengers.

With India’s first automated metro train, Delhi Metro Rail Corporation will join the elite league of 7% of the world’s Metro networks that operate without drivers. After services on the Magenta Line, another major corridor of the Delhi Metro, 57-km Pink Line (Majlis Park Shiv Vihar) will also have driverless operations by mid-2021, the DMRC said in a statement. The train requires no or very minimal human intervention thus reducing human errors and efficient operation.

PM Narendra Modi said, India now has 18 cities that have operational metro services and he plans to increase metro services from 18 to 25 cities by 2025. The current 700 km metro line will be expanded to 1700 km to enable ease of living. There also plans to introduce Metro Neo and Metro Lite versions of the Metro train services in less populated cities, which can be built at 25% to 40% less cost.

Many countries are now starting to adopt automated train services or driverless trains to minimize human error and improve efficiency. Countries like Singapore and Malaysia have the largest automated train networks. Singapore has around 124 miles (199 km) of 4th-grade automation (GoA4) train network, with an additional 43 km (27 miles) planned by 2024.

This automated system is capable of operating automatically at all times, including door closing, obstacle detection, and emergency situation. Human staff is required for customer service and other needs but not for the safe operation of the train.