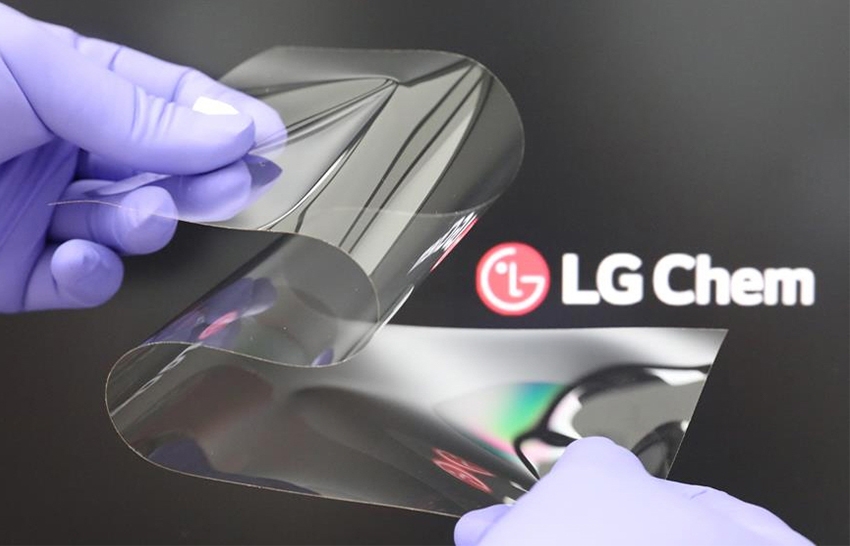 LG has developed a new foldable screen that is as hard as glass and crack resistant. LG Chem uses new material technologies to develop a foldable display material. It has developed the ‘Real Folding Window,’ which is as tough as glass but has folding regions as flexible as plastic. In comparison to previous products, the fold lines in the folding area are thinner, crack-resistant, and greatly enhanced.

As it enters the next-generation materials industry in earnest, LG Chem created new technologies that can be used for foldable displays combining new materials technologies and its accumulated coating technologies. LG Chem stated that it had invented the ‘Real Folding Window,’ a cover window for foldable IT devices that used specifically developed coating materials to make the surface as durable as glass while the folding components were as flexible as plastic.

Cover windows are fundamental materials that protect the display from harm while also offering clear images on the outside of IT equipment. Not only is it durable and transparent, but it also has curved features that can be folded flexibly.

A speaker from LG Chem said,

“Unlike existing polyimide films and tempered glass-type materials, the cover window that applied LG Chem’s new coating technologies will maximize flexibility, while also providing optimized solutions for foldable phones such as making improvements to chronic issues like fold impressions on the connecting part of the screen.”

LG Chem developed the ‘Real Folding Window,’ which coated a new substance on both sides of PET film, a form of thin plastic, with a thickness of a few dozen micrometers (m) to improve heat resistance and mechanical qualities.
It is thinner than existing tempered glass and has the same toughness as existing tempered glass, but it does not crack on the screen.

When compared to conventional polyimide film, its price competitiveness is superior, and its remarkable flexibility ensures that durability is maintained even when folded over 200,000 times. The fold lines that appear on the folding parts of the screen have also been significantly improved by LG Chem. While most commercially available cover windows are designed for in-folding methods that fold the screen inwards, LG Chem’s “true folding window” offers the advantage of being able to be used for out-folding methods that fold the screen outwards.

LG Chem is also working on technology to create a thin ‘Real Folding Window’ that requires no PET layers and simply a coating.

Coating-method goods that do not use PET films are likely to be used in foldable phones, rollable IT devices, and other thin gadgets.

LG Chem identified customer needs for cover window materials that are thin, have a clean appearance, and have stable folding features, and has completed coating-type cover window technology development and verification. The company plans to acquire mass production capabilities by 2022 and begin full-scale sales of the product in 2023.

“Through the Real Folding Window that we newly developed, we were able to take a step closer to resolving the pain points of customers, and we have already received proposals for joint projects from multiple clients.” “We will strengthen our partnerships with leading companies of the smartphone industry and expand our market starting with mobiles and going on to new foldable applications such as laptops and tablets.”

Meanwhile, the foldable phone industry is predicted to rise from 3.5 million units in 2020 to 50 million by 2026, according to Omdia, a worldwide market research firm.