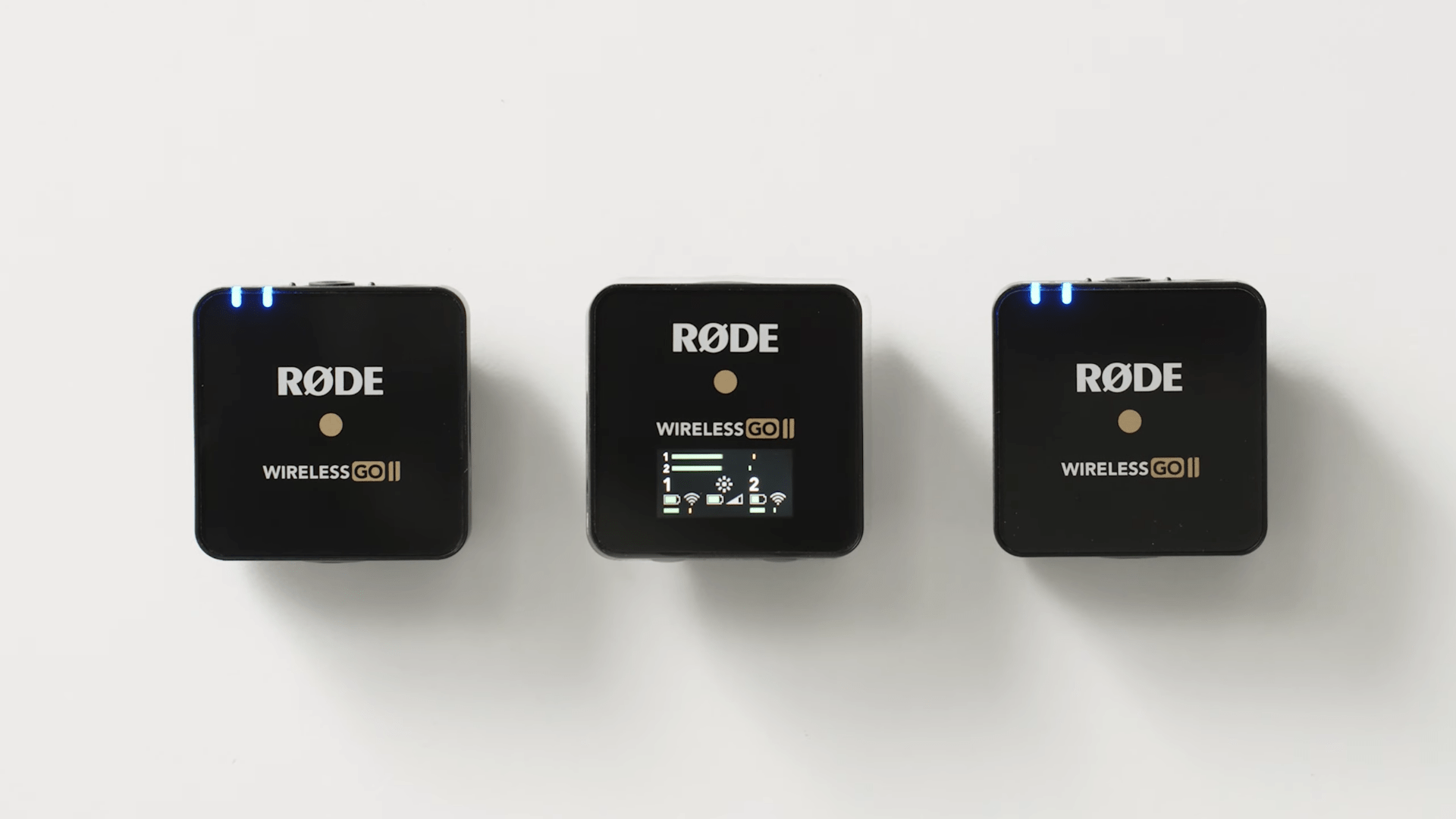 RODE, a Sydney Australia-based company had released its Wireless Go microphone in 2019 revolutionizing audio for content creators. It has now released an updated version of the Wireless Go with built-in recording and 2 transmitters. The Wireless Go had the smallest form factor with a clip-on design to attach to various cameras as well as smartphones. Other compact wireless microphones include the Sennheiser XSW-D. The Sennheiser; however, is not compact compared to the Wireless Go, but they do come with 2 transmitters. Also, it does not include built-in recording capabilities.

The Wireless Go 2 has dual-channel recording, universal compatibility with cameras, mobile devices, and computers, extended range and improved transmission stability, and on-board recording capabilities. The Wireless Go 2 is available to buy for $299. Click this link if you want to buy.

“The original Wireless GO was a gamechanger,” says RØDE CEO Damien Wilson. “It truly revolutionized sound capture for everyone from vloggers to business professionals producing content while working from home. The form factor and feature set had never been seen before and many have attempted – and failed ­– to replicate it since.”

“The Wireless GO II is a huge leap forward in terms of useability and versatility while retaining all the elements that made the first edition such a success. It represents RØDE’s mission to innovate and continue evolving our product lines, always with creators in mind. The Wireless GO II is once again going to change the way people record audio for their content.”

Wireless Go 2 kit comes with two transmitters and a single receiver, allowing users to capture two sound sources simultaneously perfect for a wide range of filmmaking scenarios, from recording interviews to two-person vlogs. It can also be used as a single channel wireless microphone for recording just one sound source.

It features a 3.5mm analog TRS output for plugging into cameras, plus a digital audio output via USB-C for plugging into smartphones, tablets, and even computers. The universal compatibility with any device makes the Wireless GO II extremely versatile, ideal for everyone from filmmakers to YouTubers to business professionals.

The Wireless GO II can record over 24 hours of audio directly to each transmitter (without the need for an SD card), ensuring a backup recording is always available in post-production in case of transmission dropouts and other audio issues.

This feature is activated via RØDE Central, a new app that gives users access to firmware updates and advanced features for the Wireless GO II. In addition to onboard recording, these include activation of the safety channel, which records a second track at -20dB in case the main channel distorts, a fine gain control that expands the three-stage pad to a 10-stage pad, and more. The Wireless GO II is the first RØDE product to utilize RØDE Central, with the VideoMic NTG, AI-1, and others to be integrated in the future.

Other key features of the Wireless GO II include the ability to switch between mono and stereo modes, allowing users to record each transmitter separately or combine the two for ultimate flexibility in post-production, a mute button, in-built rechargeable lithium-ion batteries that last up to 7 hours, and more.

The receiver weighs just 32g and the transmitters weigh just 31g, with each measuring less than a matchbox. The transmitters and receiver feature the same unique clip design as the original, which makes them incredibly easy to clip onto talent and mount onto a DSLR or mirrorless camera, mobile camera rig, boom pole, or cold shoe accessory. This also means the extensive range of Wireless GO accessories work with the Wireless GO II, including the Interview GO and MagClip GO. Ultra-compact wireless audio for any recording situation.

Out of the box, the two transmitters come auto paired to the receiver and will remember which channel they’ve been assigned to in the future, ensuring a seamless setup process every time.

The system utilizes RØDE’s all-new Series IV 2.4GHz digital transmission with 128-bit encryption, which delivers an extended range of up to 200m (line of sight) and is optimized for operation in areas with a high level of RF activity, including dense urban environments, shopping malls, universities, convention centers, and offices. The internal antenna has been redesigned to ensure an extremely stable connection, and with on-board recording providing a backup of all audio, users never have to worry about dropouts again.

Each transmitter features a high-quality in-built omnidirectional condenser capsule for completely wireless recording, plus a 3.5mm TRS input for plugging in a lavalier microphone, such as the RØDE Lavalier GO.

FEATURES OF THE WIRELESS GO II: